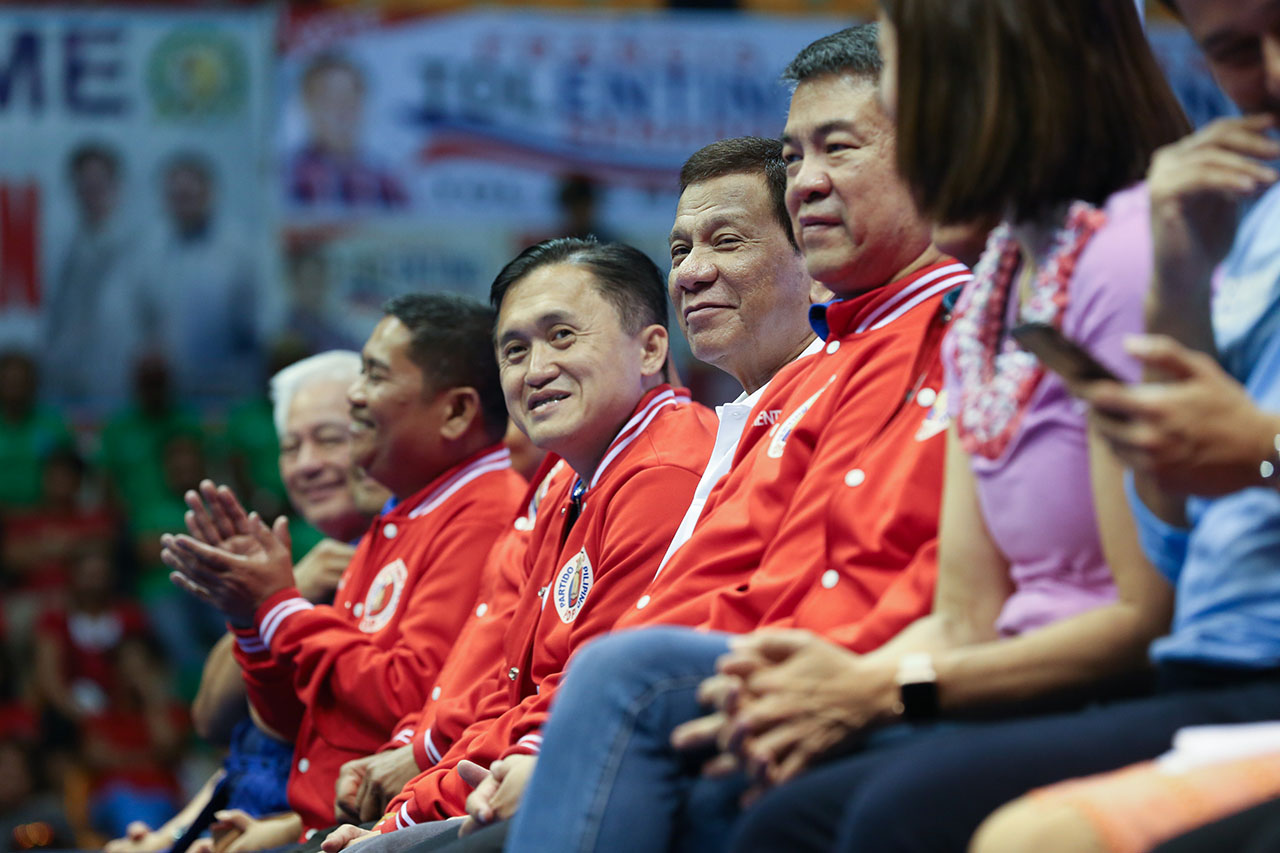 MANILA, Philippines – Just a joke to break the monotony.

This was how administration senatorial candidate Bong Go defended his skit with actor Phillip Salvador that poked fun at the latter’s relationship with “Queen of All Media” Kris Aquino, sister of former president Benigno Aquino III.

Go, on Wednesday, February 27, apologized to the television personality and said he might stop using the skit in his campaign sorties.

He downplayed the play-acting, which he has been using in several past sorties to work up the crowd before he gives a speech about his platform.

(This is just our script. It’s just a joke between me and Ipe. Maybe we won’t use that joke anymore.)

Despite these remarks, Go and Salvador still acted out some parts of the skit, such as recalling how the actor “fooled” Aquino while the two starred in the 1994 movie Nandito Ako.

Aquino had said Go’s and Salvador’s skit hurt her for treating as a joke a painful time in her life.

Salvador is the father of her eldest son Josh. – Rappler.com