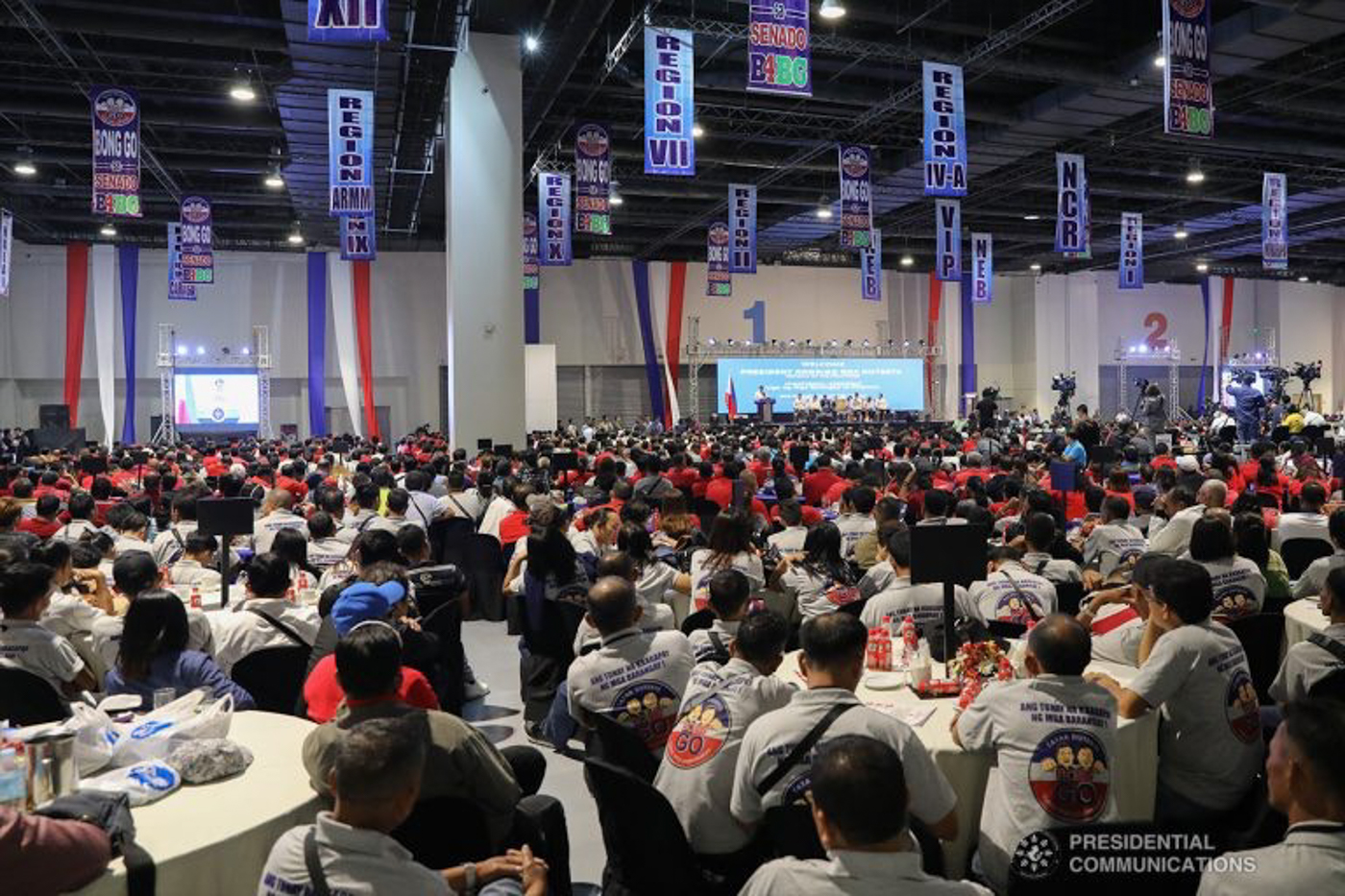 MANILA, Philippines – Opposition senatorial candidate Gary Alejano slammed the Liga ng mga Barangay sa Pilipinas (LnB) for not only allowing the distribution of shirts of senatorial bet Bong Go during its event but also displaying the latter’s campaign posters at the venue.

Alejano, an Otso Diretso bet and incumbent Magdalo representative, said the banners of administration bet Go were hung from the ceiling during the LnB’s first national assembly at the SMX Convention Center in Pasay City held from February 25 to 27.

The Department of the Interior and Local Government (DILG) spent for the registration fees of the participants, as well as the information kits given to them during the event. But DILG Secretary Eduardo Año denied authorizing the inclusion of Go’s campaign shirts in the kits.

On the campaign posters during the event, Alejano said on Wednesday, March 6: “These were documented by the media covering the event as well as the Presidential Communications Operations Office. Ngayon, masasabi pa rin bang ‘apolitical’ ang mga gimmick na naganap? (Now, can they still say the gimmick was ‘apolitical’?) It is a resounding no.”

He said public funds should not be used to promote any candidate.

(This is a clear case of campaigning. What’s wrong here is that public funds were used to fund this gathering. It should not be used for the self-interests of any candidate, regardless if he is an ally of the administration.

He previously sent reporters documents and pictures showing that the DILG allowed the use of local funds for the registration fees and kits of barangay officials during the LnB event. The kits allegedly included polo shirts with Go’s cartoonized face and logo.

According to an ABS-CBN report, LnB president Faustino Dy V said that a group called “Bayan For Bong Go” provided the shirts. Dy said LnB “did not coordinate with [former] SAP (special assistant to the President) Bong Go or his campaign team regarding the said T-shirts.”

Davao City Mayor Sara Duterte Carpio, campaign manager of Hugpong ng Pagbabago that endorses Go, believes Go would not have paid for the shirts with government funds. Go himself denied being aware of this.

Other Otso Diretso candidates said on Wednesday the Commission on Elections must investigate it. – Rappler.com