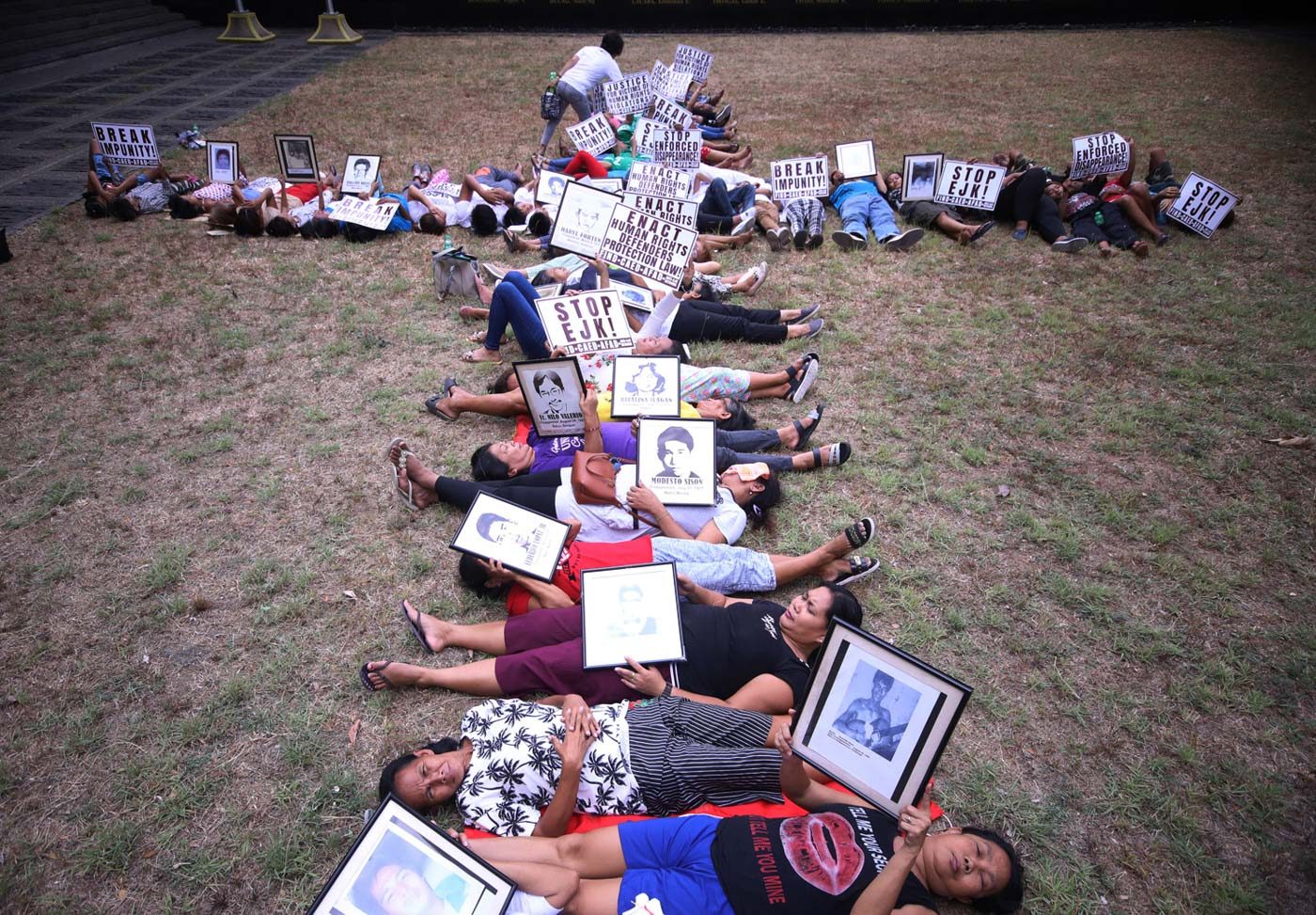 MANILA, Philippines – Caloocan Bishop Pablo Virgilio David called on Catholics to “renounce evil” in the May 13 polls, as he urged them to “go beyond ritual pietism” this Holy Week.

“As we soak in the spirit of our Church liturgies and our popular devotions during this Holy Week, would it be possible for us to go beyond ritual pietism and bridge the anomalous gap between faith and social life?” said David in a Facebook post on Holy Thursday, April 18.

He added, “Can we allow our moral convictions to take flesh in our pursuit of social justice and a more equitable social order?”

“Even more concretely, in the coming election, can we consciously renounce evil and stand courageously for the values upheld by our Christian faith through our votes this coming May?” David said.

David, vice president of the Catholic Bishops’ Conference of the Philippines, is one of the bishops most critical of President Rodrigo Duterte’s bloody anti-drug campaign. He is also one of the priests who have received death threats under Duterte’s watch. (READ: Duterte said kill the bishops – and his word became flesh)

David issued this reminder as the Philippines on Thursday begins the Paschal Triduum of Holy Week, when Catholics remember the passion and death of Jesus Christ, leading to his resurrection on Easter.

David said the Chrism Mass of Holy Thursday, when bishops bless holy oils to be used throughout the year, should remind Christians of their calling.

“Within the present-day circumstances of the Philippines, the challenge of discipleship is for the Church to be on the side of the poor – those in society who, for whatever reasons are marginalized, excluded, ostracized, or disenfranchised,” the bishop said.

He continued: “In the context of the present government’s war against illegal drugs, concretely, it is to make a moral stand against the outright condemnation of people with substance use disorder as ‘non-humans,’ against the extrajudicial killing of people labeled indiscriminately as ‘drug suspects’ or ‘criminals’ without the benefit of a due process. It is to stubbornly insist that nobody is beyond redemption.” (WATCH: Bishop David rebukes Catholics who back drug war killings)

David’s reminder comes as President Rodrigo Duterte blasts the Catholic Church for criticizing his anti-drug campaign and commenting on social ills. Catholic bishops like David have responded by saying it is their duty, too, to address social problems afflicting their flock.

In his own Chrism Mass homily, Manila Archbishop Luis Antonio Cardinal Tagle on Thursday slammed the spread of fake news and hate speech. Tagle called on Christians to declare:’I will not deliver fake news, hate speech. I am consecrated by the Spirit. I will bring good news to the poor and the suffering.'”

Lingayen-Dagupan Archbishop Socrates Villegas, meanwhile, said ignorance, which led to the killing of Jesus more than 2,000 years ago, is killing the Philippines “softly and slowly.” He said ignorance “has made us a nation that glees in murder” and “votes for incorrigible liars.”

“Ignorance is killing us as it killed our innocent Lord. There is a time for mercy but there will soon be a time for reckoning,” Villegas said in a Holy Week reflection written for Rappler’s series on the Seven Last Words.

Villegas earlier released a video criticizing Duterte ahead of the May 13 polls.

“The Lord said, ‘Are you betraying the Son of Man with a kiss?'” Villegas said in the video. “My dear brothers and sisters, are you going to betray God, are you going to deny your faith, by your vote?” – Rappler.com