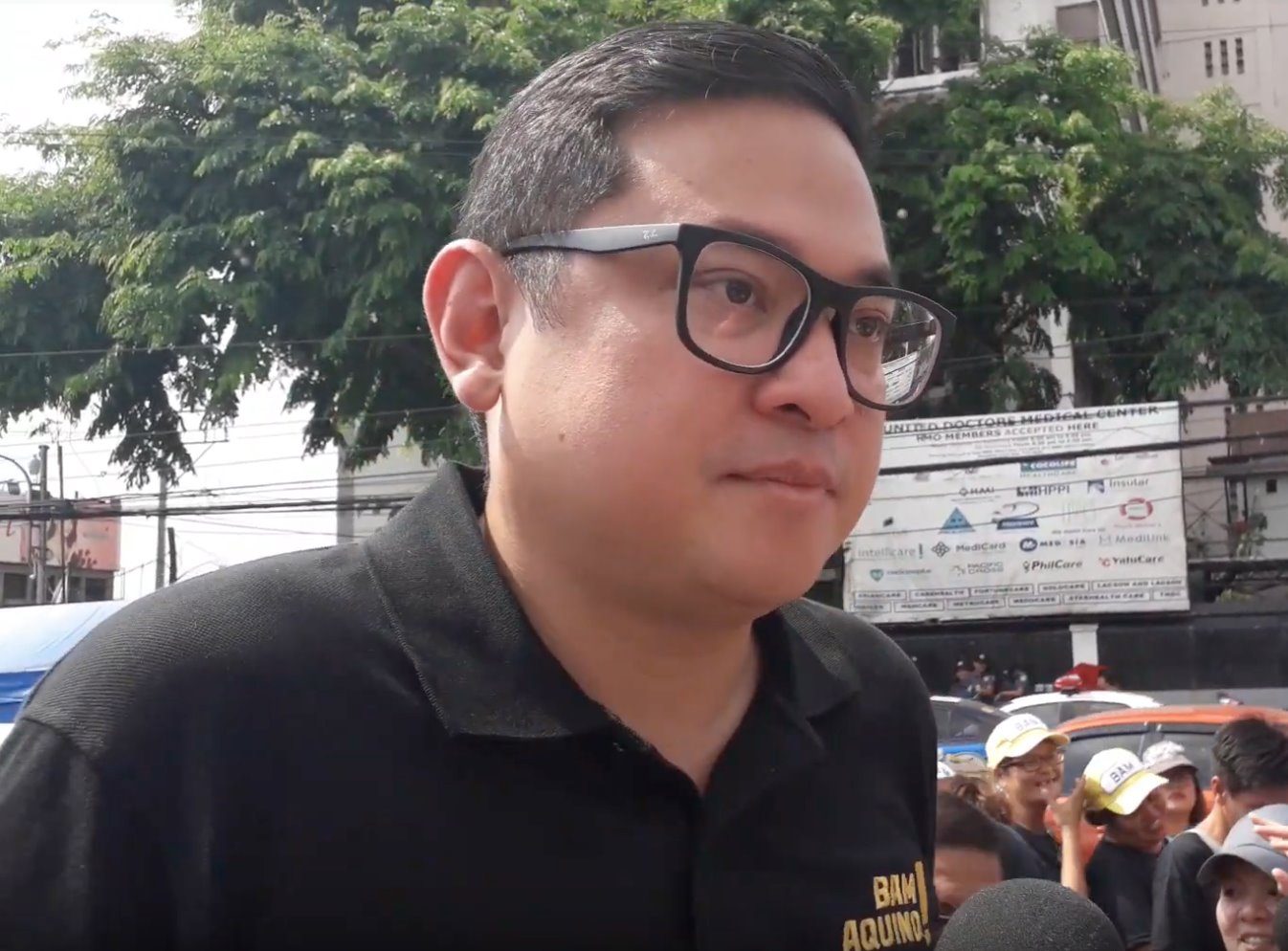 MANILA, Philippines – Otso Diretso’s reelectonist Senator Bam Aquino said on Labor Day Wednesday, May 1, that the current Security of Tenure Bill pending at the upper chamber needs more improvement but that it is a version that is already pro-worker.

Aquino was referring to Senate Bill 1826, which passed second reading, and a consolidation of other measures, one of which he authored.

A big convergence of groups where Otso Diretso bets were present endorse SB 1826. Sonny Matula and Allan Montaño of Labor Win spoke at the labor rally organized by the Trade Union Congress of the Philippines (TUCP) bannering the bill.

Matula told Rappler he is satisfied even with the House version of the bill, although his fellow Labor Win candidates Neri Colmenares and Ka Leody De Guzman slammed the measure as legalizing contractualization.

The devil is in the details.

Contractualization’s most thorny issue is labor-only contracting which is prohibited. However, the Labor Code’s definition has allowed many companies and agencies to still engage labor-only contracting and still pass it off as legal. (READ: Group endorses Labor Win, 4 Otso Diretso bets to champion workers’ rights)

Article 106 of the Labor Code says: “There is “labor-only” contracting where the person supplying workers to an employer does not have substantial capital OR investment in the form of tools, equipment, machineries, work premises, among others, and the workers recruited and placed by such person are performing activities which are directly related to the principal business of such employer.”  (Emphasis ours)

(We want to sharpen the definition of labor-only contracting that the substantial capital and substantial investment should not be “or” but “and”.)

If the law’s wording is changed to “and,” a contractor must both have substantial capital and investment, which for Matula would significantly clamp down on third parties engaging in labor-only contracting because most of them has only either capital or investment.

Senate Bill 1826 does not change “or” to “and” but it adds one whole chunk of qualifier to the provision.

The bill wants to amend Article 106 to this: “There is “labor-only” contracting where the job contractor, whether licensed or not, merely recruits and supplies or placed workers to a contractee regardless of whether or not he/she has substantial capital or investment in the form of tools, equipment, machineries, work premises, among others, OR the workers recruited and supplied OR placed by such person are performing activities which are directly related to the principal business of such employer.”

In SB 1826, there is labor-only contracting when the job contractor “merely recruits and supplies or placed workers to a contractee,” and makes the capital and investment only secondary definitions to what is illegal.

Akbayan Partylist Representative Tom Villarin said there is risk this might be watered down as it progresses through the Senate. Otso Diretso bet Chel Diokno, a human rights lawyer, said he “will not allow any circumvention of the security of tenure” if elected to the Senate.

“Klaro naman ang basic principle diyan eh, kapag ikaw ay required sa sang kumpanya at yung serbisyo mo ay service that the company needs then you should really be considered as a regular employee,” said Diokno, referring to the definition of a regular worker in jurisprudence which is a person whose job is “necessary and desirable” to the company.

(The basic principle is clear, if you are required by a company and your service is a service that the company needs then you should really be considered as a regular employee.)

(What hurts here is that  Senators Cynthia Villar, Grace Poe, Sonny Angara,  Nancy Binay, and Koko Pimentel chose the tax reform law or TRAIN over the Security of Tenure Bill. That’s why they need to explain to the workers because this is a burden on Filipinos.) – Rappler.com