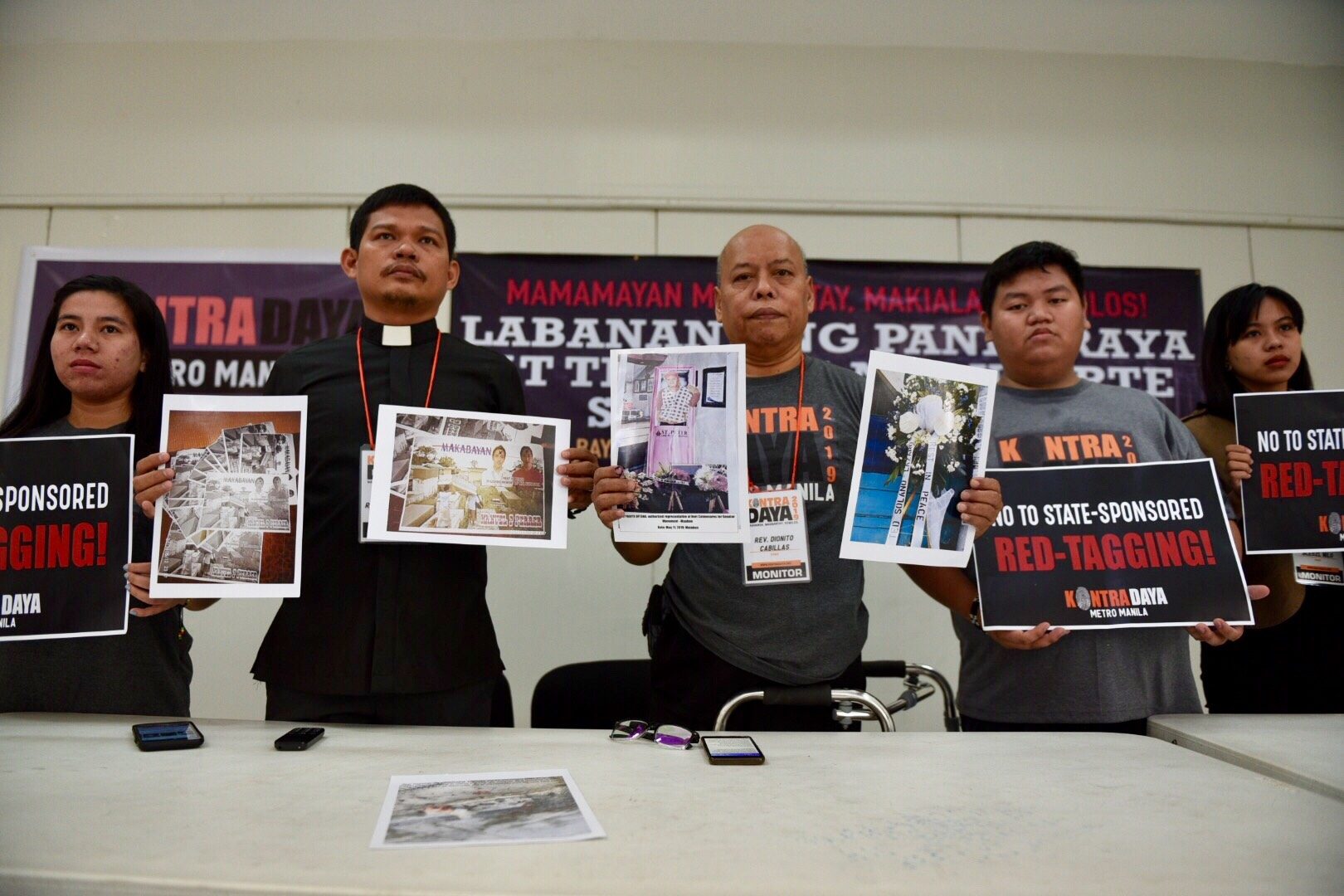 MANILA, Philippines (UPDATED) – The progressive Makabayan bloc and poll watchdog Kontra Daya urged the Commission on Elections (Comelec) to investigate reported threats and harassment against campaign volunteers that went on until the eve of elections.

(We believe that the Comelec has the power to look into this, but we’ll believe them more if they do something about it.)

Cabillas called it a continuation of state-sponsored red-tagging. Red-tagging is accusing groups of links to communist rebels.

Volunteers Ted Lazaro, Reynante Oftana, Manuel Ferrer, and a Gabriela party-list volunteer received threats on the eve of elections, all of which follow the same style – photos bearing their image inside a coffin or in a cemetery were left at their doorsteps.

Lazaro was even sent funeral flowers in his home, and a dead, bloody chicken left at his doorstep.

(That is red-tagging, linking you to the New People’s Army, so you will stop. If you don’t stop, they will level up their intimidation and that’s worrying because if you don’t stop, that’s where harm happens but I hope it doesn’t happen.)

Cabillas said incidents of red-tagging have intensified in these elections. (There were incidents like this in the past elections but this is worse because in the last moments of the campaign, the harassment and intimidation only intensified.)

After voting in his Quezon City precinct on Monday, Colmenares said that on top of the harassment, disinformation was also employed against them as Facebook posts spread Sunday, May 12, that he and other Makabayan party list members have been disqualified. They were not.

(Comelec please intervene in these situations, don’t let these things happen because it goes into the credibility of the elections.)

In a statement, Colmenares said: “This is patently and blatantly illegal. Police should not be engaged in campaigning for or against any candidate. What’s worse, they’re doing this on election day, when campaigning is prohibited. Gen. Albayalde and Sec. Año should immediately order their men to stop.”

Bayan Muna Representative Carlos Isagani Zarate, for his part said, “they are no different from the goons of dirty politicians. Make no mistake about it: the day of reckoning will come; we will file charges and make these pathetic mercenaries and their superiors accountable.”

Colmenares and the National Union of Peoples Lawyers (NUPL) recently secured a writ of amparo from the Supreme Court, forcing the Duterte government and his military top brass to explain accusations that they sanction red-tagging against progressives.

The Court of Appeals has set a hearing on the writ on Tuesday, May 14.  – Rappler.com