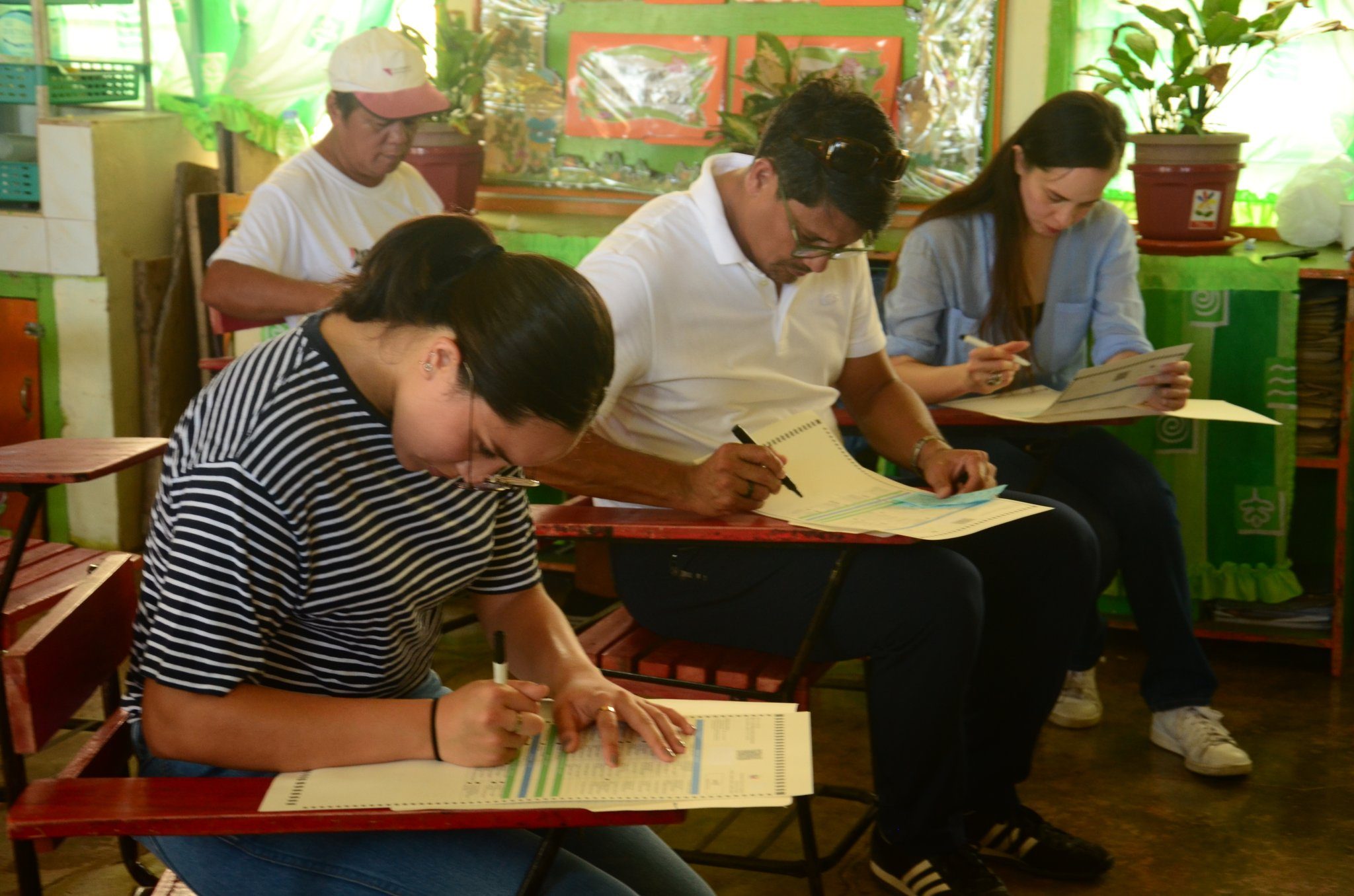 LEYTE, Philippines – Voters in the 4th district of Leyte may be ending the political dominance of the Codilla clan to hand over the reins to their rival, based on partial and unofficial election results as of 12:47 pm on Tuesday, May 14.

The legislative district is composed of the towns of Albuera, Isabel, Kananga, Matag-ob, Merida, Palompon, and Ormoc City.

Those places have contributed a staggering 177,938 votes for incumbent Representative Lucy Marie Torres-Gomez as of 10:54 am. The figure was 3 times more than the 50,969 votes received by her opponent Eufrocino “Winnie” Codilla Jr.

The congresswoman, who won two disqualification cases against her in 6 years, is poised to assume her 3rd and last term as 4th district representative.

When asked what to be expected of her, Lucy told Rappler: “The very same kind of work that they have seen for the past several years that I have been their representative.”

With 77,573 votes, her husband, actor and incumbent Ormoc City Mayor Richard Gomez, has surpassed challenger and former mayor Eric “Beboy” Codilla, who had 29,795 votes as of the same time. Taking the remaining bailiwick of the Codillas, Lucy’s brother Manuel Vicente “Matt” Torres is set to dethrone incumbent Kananga, Leyte Mayor Rowena “Weng” Codilla by a hairline. Matt garnered 15,350 votes or 50.74% of the tally so far, while Weng reaped 13,310 or 43.99%.

In a post on Weng’s Facebook page, she conceded, “Maayong gabie Kanangahanon! (Good evening, Kanangahanon!) The people [have] spoken. Congratulations to the newly elected officials.”

“To our supporters: We fought a good fight. We sincerely thank you from the bottom of our hearts. Let us all be gracious in defeat as we are in victory. We have served our people in the best way we know how. We did what we can so we shall have no regrets. We will always and forever grateful,” Weng said.

With their anticipated win, the Torres-Gomez clan will solidify their foothold in the richest district of Eastern Visayas.

Earlier, the Comelec junked a petition to cancel the candidacy of Villasencio, another Torres-Gomez ally.– Rappler.com

Editor’s Note: It was earlier reported that incumbent Albuera Mayor Rosa Meneses was a known ally of the Torres-Gomez couple and was leading in the polls. This has been corrected to mayoral candidate Sixto dela Victoria.

Marthy John Lubiano is a Rappler lead mover in Palompon, Leyte. He is a graduating Bachelor of Arts in Communication student of Palompon Institute of Technology and is the Executive Editor of Fulcrum.