LIST: Who participated in the source code review of the 2019 automated election system?

May 21, 2019 11:10 AM PHT
Rappler.com
Facebook Twitter Copy URL
Copied
A total of 66 individuals from 16 groups participate in the review 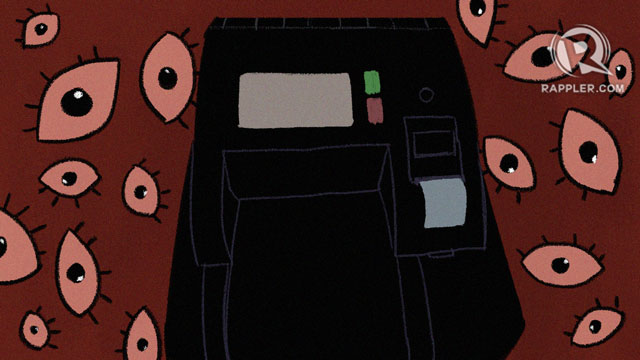 MANILA, Philippines – Under Section 12 of Republic Act No. 9369 or the Election Automation Law, the Commission on Elections (Comelec) is mandated to open the source code to interested local groups for review.

The review is important because it gives independent parties the chance to understand the AES and make sure it is not susceptible to fraud. It is one of the many mechanisms through which the system could be audited. After the review process, the source code was then deposited in escrow at the Bangko Sentral ng Pilipinas (BSP).

According to the Comelec, a total of 66 individuals from 16 groups took part in the local source code review for the 2019 midterm elections, which was launched in October 2018. The groups are a mix of political parties, Information Technology (IT) experts, and election watchdogs.

Below is the list of local source code reviewers :

Despite having several groups check the system months before May 13, the 2019 automated elections did not go off without a hitch.

There was a long 7-hour glitch that caused the transparency server system to freeze the sending out of results on Monday, May 13. It was followed by a sudden fluctuation of the numbers which officials vaguely described as a result of a “Java error.” (READ: ‘Java error’ caused tally fluctuation – Comelec)

The glitch triggered an avalanche of criticism and calls for more transparency on the part of Comelec with respect to the various components of the automated election system. Among other things, the presence of so-called “meet-me rooms” also surfaced. These, according to the Comelec, are transmission routers where results were delivered to first before going to the Comelec transparency server.

NAMFREL maintained, however, that the Comelec has never fully explained its setup, how it operates, and who’s behind its operations.

These incidents prompted the Liberal Party to formally ask the Comelec for an independent probe, particularly on the 7-hour glitch, defective vote-counting machines, and corrupted SD cards.

LP not in the server room

It did not help that both of the political parties present at the Transparency Server room – the PDP-Laban and the Nacionalista Party – were allied with the administration.

The Liberal Party was one of the groups that participated in the local source code review that took place before the elections. But they were not present to monitor the live elections results delivered to the Transparency and Media servers of the Comelec in Pope Pius Catholic Center in Manila.

But in its May 9 decision, the Comelec declared the Duterte-allied Nacionalista Party as the dominant minority party instead. (READ: Comelec hit for late naming of dominant parties)

Apart from the dominant majority and dominant minority parties, the Parish Pastoral Council for Responsible Voting (the Comelec’s citizen arm), and the Kapisanan ng mga Brodkaster ng Pilipinas (KBP) also had access to the Transparency server.

Meantime, media groups ABS-CBN, CNN Philippines, GMA 7, Inquirer, Philstar, Rappler, TV5, and PTV4 were also allowed to access the results via the Media Server which is connected to the Transparency server. (READ: [OPINION] What happened inside the server room)

The Philippines started automating elections in 2010 but the Comelec has only been doing reviews of the local source code since 2013. Back then, the review opened only four days before election day. The process improved in 2016 when it was launched 7 months before voting day. – Rappler.com