Comelec prepares for Duterte in proclamation of senators 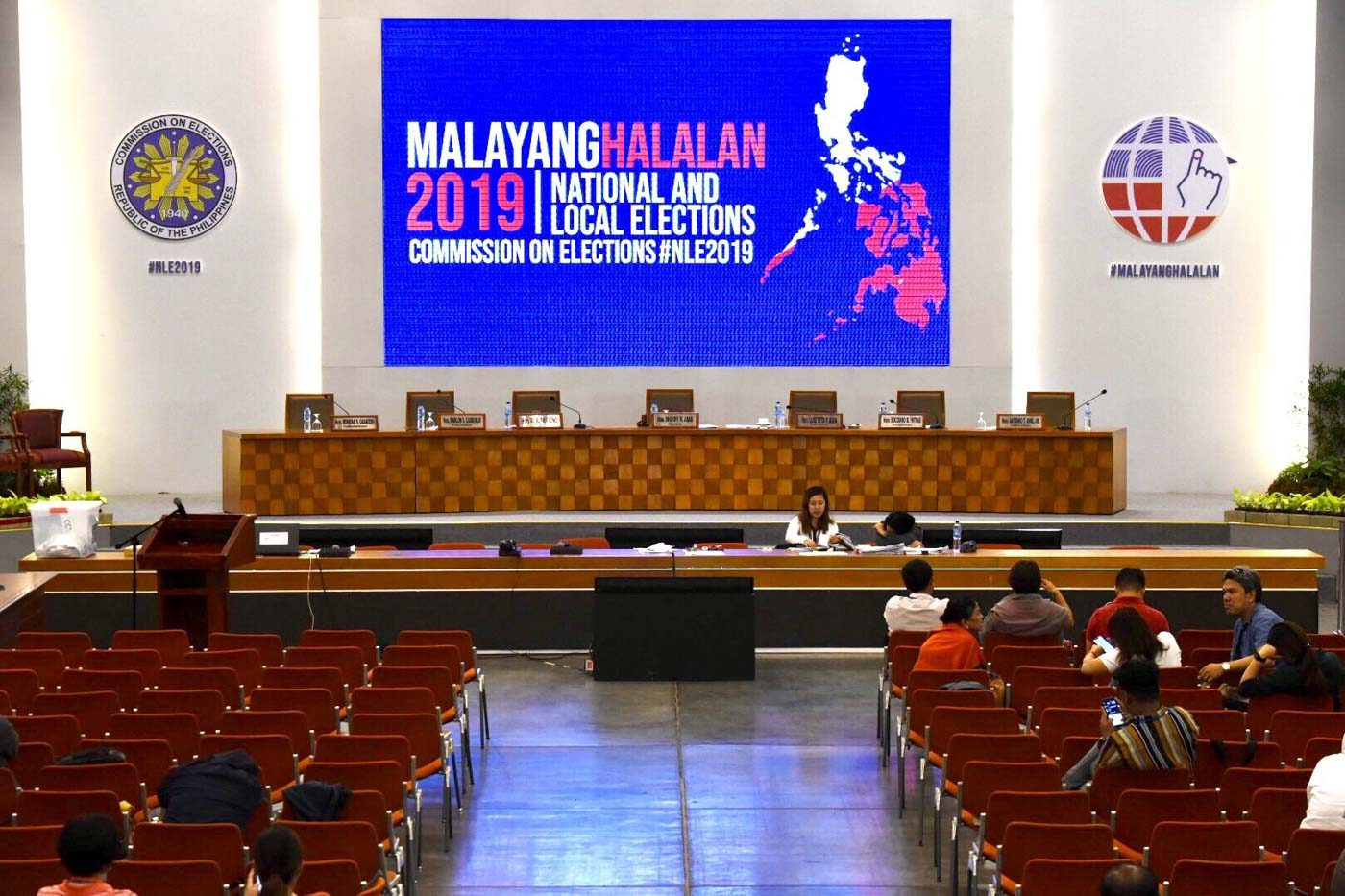 Facebook Twitter Copy URL
Copied
This comes as no opposition bet makes it to the winning circle, and as winners include President Rodrigo Duterte's longtime aide, incoming senator Bong Go

MANILA, Philippines – The Commission on Elections (Comelec) said it is preparing for the possible presence of President Rodrigo Duterte in the proclamation of winning senators, including his longtime aide Bong Go and other candidates he endorsed.

Comelec Spokesperson James Jimenez said the poll body expects the proclamation to be held at the Philippine International Convention Center on Tuesday, May 21, after defective SD cards and other problems delayed the canvassing process.

In a press conference on Monday, May 20, Jimenez said the poll body is preparing for Duterte’s presence in the proclamation because the President was present, too, when Go filed his certificate of candidacy (COC) for senator in October 2018.

Asked if Duterte will attend the proclamation, Jimenez said, “We don’t know for sure, but because he did come to the filing of COCs, that is something that we’re preparing for as well.”

“We’re preparing. Which means also we’re not just preparing for his arrival security-wise, but we’re also preparing a space for him and his entourage on the floor for tomorrow,” Jimenez said.

According to Jimenez, around 1.68 million votes remain uncanvassed as of Monday. He said the Comelec expects to finish the canvassing when the pending votes, mostly from Isabela province, get transmitted to the Comelec around 7 pm also on Monday.

“I think at this point it’s a pretty sure bet that we’re going to have the proclamation tomorrow,” Jimenez said on Monday.

The proclamation of senators on Tuesday is especially significant for Duterte because no one from the opposition has made it to the winning circle, thus tightening Duterte’s grip on Congress. It was the first time in 80 years that no opposition candidate made it to the Senate.

No sitting president in recent years has attended perfunctory Comelec events such as the filing of COCs, but Duterte’s closeness to Go has prompted him to break tradition and make the Comelec scramble.

During the filing of COCs in October 2018, the Comelec even bent its own rules on the number of companions that each senatorial bet was allowed to bring. The poll body had restricted candidates to 4 companions each, but Go filed his COC with a delegation that included Duterte, former and current Cabinet members, and more than two dozen supporters and staff.

Duterte however has been out of the public eye for the 7th straight day on Monday, fueling speculations about his health. Presidential Spokesperson Salvador Panelo on Sunday, May 19, denied Duterte was confined in Cardinal Santos Medical Center, but said he was “neither confirming nor denying that he went to the hospital.” – Rappler.com