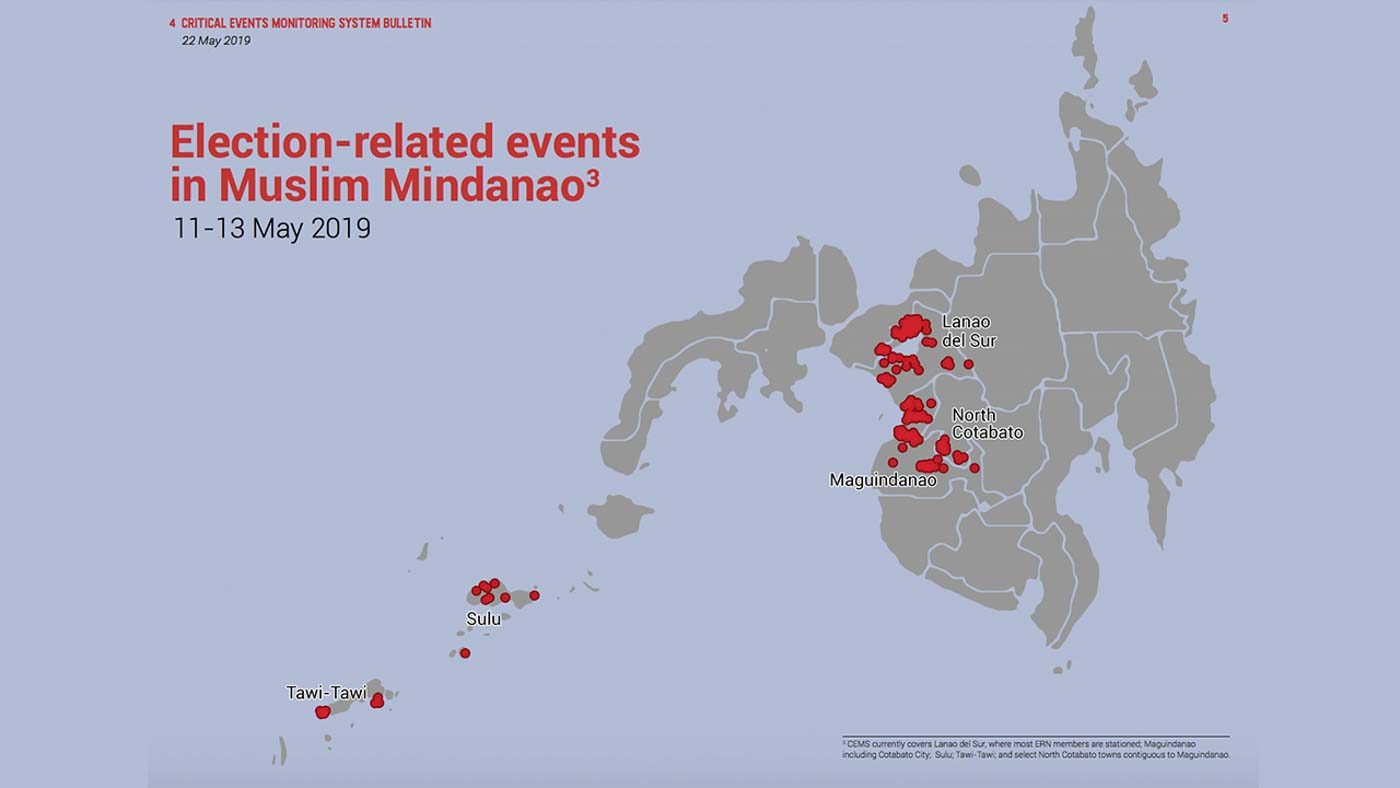 Facebook Twitter Copy URL
Copied
International Alert reports that most of the violent incidents in Mindanao during the 2019 midterm elections involved explosives and brawls, not guns

MANILA, Philippines – Not a lot of gun violence happened in Mindanao during the 2019 midterm elections but the area was far from peaceful, UK-based peacebuilding organization International Alert reported on Thursday, May 23. (READ: Malacañang lauds ‘generally peaceful’ 2019 elections)

According to International Alert’s critical events monitoring system, there were 144 reports of election-related incidents from May 11 to Election Day, May 13.

Most of these incidents involved fistfights and explosives rather than guns, which were more common in previous elections. The group said that this may have been because of the increased military presence in the area.

Mindanao was declared an election hotspot by the Commission on Elections (Comelec) on March 19, along with Jones, Isabela; Lope de Vega, Northern Samar; and the entire province of Abra. This means the Comelec can place all national and local officials in these areas under its direct control and supervision. (READ: Comelec defends declaring entire Mindanao as election hotspot)

The entire region of Mindanao is also under martial law until December 31 this year.

Explosions and brawls had been reported days before May 13. Other problems were also encountered on Election Day, such as broken voter registration verification machines and malfunctioning vote-counting machines

There were also reports of cheating in the area. Barangay officials and poll watchers supposedly would not let supporters of rival candidates into precincts. Poll watchers were also accused of throwing away ballots with votes for rival candidates and filling up new ones; vote buying; and witholding marking pens unless voters agreed to support their candidate.

Meanwhile, there were reports of gun violence on Election Day among rival candidates in Ganassi, Marantao, Malabang, and Tubaran in Lanao del Sur; Parang in Maguindanao; and Panglima Estino in Sulu.

“The violence that attended the recent elections have created new strings of conflict as political conflict mutates into identity-based conflict,” the group said. – Rappler.com