The crowd that turned up for Binay 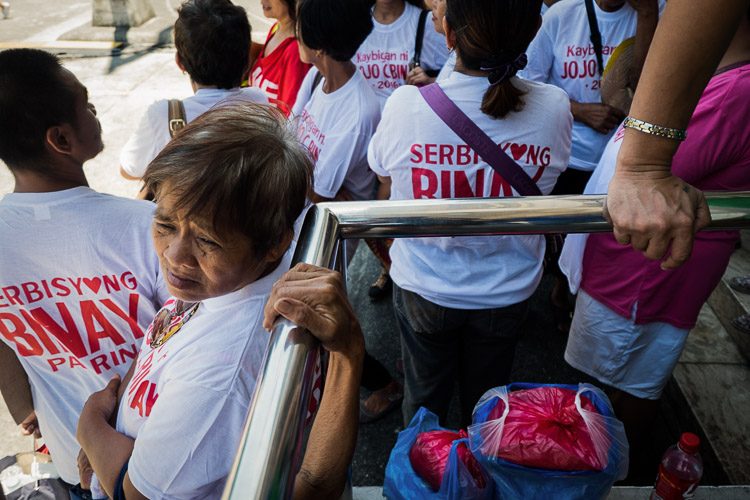 MANILA, Philippines – A group waved orange flags, while others lined up for the blue bags being distributed at the registration booth. Somewhere in the middle of the crowd outside the Makati Coliseum, someone called out.

The mass of people pushed and shoved to get a bag that contained flyers, cupcakes, and bottled water. To add to the already burgeoning number, more than 40 people got off a bus, wearing shirts that showed support for Vice President Jejomar Binay.

Despite the corruption charges against Binay, an estimated 3,000 people from different parts of the country congregated at the Makati Coliseum for the launch of the United Nationalist Alliance (UNA). They were residents of Makati, supporters from Lanao del Sur, senior citizens, first time voters, even minors.

Seated alone on the steps of the Coliseum was an old woman with a cane. Francisca Baluyut, 67, came all the way from Navotas with her son. Since she recently suffered a stroke, she could no longer climb the steps of the coliseum, so she opted to wait outside.

When asked why they support the Vice President, they cited his livelihood and housing projects, medical aid, and educational programs. These were concrete actions, they said.

Irma Alfonso from Laguna recalled how Binay helped her husband transfer from one hospital to another when he was diagnosed with a tumor. Also joining the crowd were first-time voters. Pau Payongayong, 23, said she will vote for Binay in the 2016 elections because she and her siblings benefitted from his public school programs.

Some of the supporters did not just vouch for the Vice President, but for the whole Binay family. Ironically, Mayor Jejomar Erwin Binay Jr, his son, temporarily stepped down from his office in Makati City Hall just hours before the UNA launch. He was being preventively suspended by the Ombudsman while investigation into the allegedly overpriced Makati Science High School building was ongoing. The Vice President himself is being implicated in several corruption cases.

Most of Binay’s supporters don’t believe the allegations. Pert Andaya thinks that Binay is being misjudged because of sensationalized reports in the media.

However, another supporter, Elsie Lopez, said she believes that all public officials, including Binay, have stolen from the people. But at least, she said, Binay gives some of them back to his countrymen.

However, for some people, their choice was based on a feeling, not on what they actually know about Binay. Some of them were merely invited by friends, while others could not substantiate their statements of support.

In the end, these people were all hoping for progress. “Umaasa po kami na sa kanya magmumula ang pagbabago (We hope that he will incite change),” Lopez said. 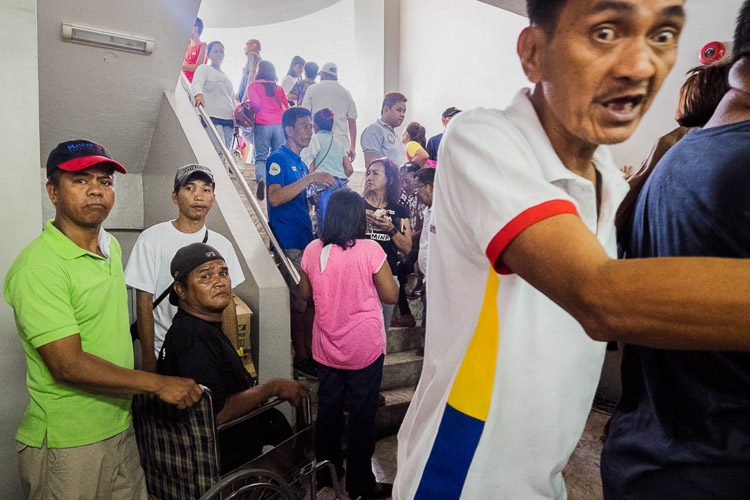 But Tita Laparan acknowledged that change starts with the people.

Citizens, she said, must learn from past elections – they must be critical voters so they can elect a competent, educated, and active leader. – Rappler.com