Meet the women who spoke for Binay Facebook Twitter Copy URL
Copied
While allegations of corruption abound against the Vice President, what those who received medical assistance from him see is his 'pagmamalasakit,' a 'genuine concern for the others

MANILA, Philippines – Many of them were teary-eyed when they met Vice President Jejomar Binay onstage on July 1. With a look of gratitude on their faces, they shook his hands. Some even hugged the man who is currently facing multiple investigations over allegedly anomalous infrastructure projects when he was Makati mayor. (WATCH: Red flags in overpriced Makati buildings)

Among those who were featured in the video testimonials shown during the launch of Binay’s United Nationalist Alliance, Princess Martinez and Aileen Balagtas stood out.

Princess was young – 21 – not in the age group one would readily guess is supportive of Binay; Aileen, because she was speaking for young children. What they had in common: the Vice President granted their requests for financial or medical assistance.

Rappler got to speak to them. Here are their stories. 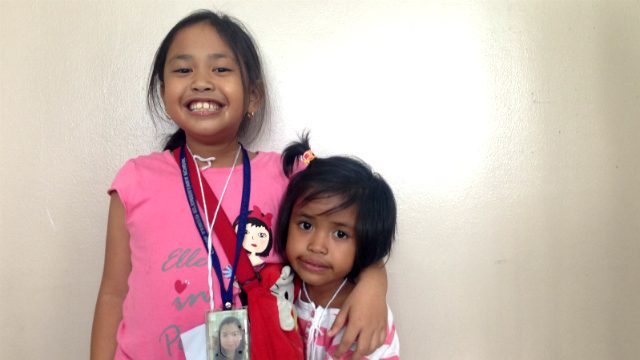 Little Shekinah Balagtas was 3 years old when her gums and nose started bleeding.

Her mother, Aileen, first thought it was only dengue. After trips to various hospitals, however, the young girl was diagnosed with acute lymphoblastic leukemia, a type of cancer in which the bone marrow makes too many immature lymphocytes.

Aileen was a housewife; her husband, a collecting officer for a religion-based cooperative focused on community development in Cabanatuan City, Nueva Ecija. They didn’t have the means to pay the thousands of pesos needed for Shekinah’s chemotherapy.

Princess Martinez from Aurora, Isabela, has a similar story. Her parents were not capable of paying for her medical expenses when she needed a kidney transplant 5 years ago. Her father is a farmer while her mother is a municipal clerk.

(From my check-ups, hospitalization, laboratory, and medicines – my parents worked hard to find ways to help us pay for all these.)

Somehow, Princess’ parents were able to find the cash necessary, but they needed to find more – Princess had daily anti-kidney rejection medicines to take.

The parents of both girls decided to try writing a letter to the office of Vice President Binay. They had heard about the assistance offered to residents in Makati City, where Binay was mayor for 21 years.

According to Aileen and Princess, they were only trying their luck. In a few days, however, they received the financial assistance they requested for.

‘Soft spot for the poor’

According to Princess, she was chosen to deliver a speech during the UNA launch. “Pangarap ko po na ang kuwento ko, sana, dapat, maging kuwento ng bawat Pilipino (My hope is that my story will be the story of every Filipino),” she said in front of the Makati Coliseum crowd. Princess, who is a scholar taking up marketing in National University, added that she wants to be a part of Binay’s staff when he becomes president.

As for Aileen, she said she will vote for Binay in 2016, as she thinks the future of Shekinah and her other daughter Sarah will be in good hands under him.

But what do they think about all the controversies surrounding the Vice President and his family? (READ: Ombudsman suspends Makati Mayor Junjun Binay)

Princess and Aileen, just like the people in the coliseum on that day, do not believe in the corruption allegations against the Binays. (READ: Binay hits Aquino’s ‘lazy, teka-teka’ government)

(They do not see the good side of Vice President Binay. They only see his bad side. But these are all just allegations, right? Allegation, meaning it’s not true.)

What Princess and Aileen said they saw in Binay was “pagmamalasakit,” genuine concern for others.

While others may disagree, this might just be the same rallying cry that supporters of Binay and UNA will have for 2016. – Rappler.com