Osmeña to Poe: Serve as VP before running for president 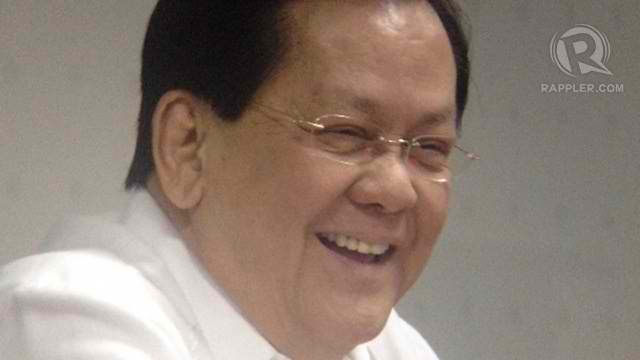 MANILA, Philippines – If Senator Sergio “Serge” Osmeña III was Senator Grace Poe’s relative, he said, he would definitely advise her to settle for the vice presidency first.

Osmeña, on Wednesday, July 15, said 2016 is not just about elections and national politics. The senator said “the headache comes” after that – running the country.

“Just looking at it at her perspective, not talking about political strategy. She would be better off and she would be a better president if she had 6 years as VP. Because she’s fairly new in this game. After that, the headache comes, running the country. Napakahirap nun. (That’s very hard.) If you start stumbling around, the country stumbles with you,” Osmeña said in an interview with reporters.

The senator said Poe would be a “sure winner” come 2022, the next presidential elections. In the June Social Weather Stations survey, Poe led the list of preferred presidential candidates with 42%, followed by Binay with 34%, and Interior Secretary Manuel Roxas II with 21%.

When asked about the possibility of Poe losing her popularity ratings by then, Osmeña said “there’s always a chance” for that but insists on the former.

“However, she’s got gifts, she’s got talents, to make a good president…if she serves as VP (vice president) for 6 years, in 2022, she’ll be a sure winner. Even as VP, she’s a sure winner already,” Osmeña said.

Osmeña, Poe’s political adviser in 2013, admitted he does not favor the tandem of Poe and Senator Francis Escudero.

Osmeña said for someone like Poe, who has a spotless record and is perceived “clean” by the public, an association with Escudero may be detrimental due to issues associated with him. Osmeña, however, refused to give further details.

Just last May, Escudero said he and close friend Poe have yet to decide on their final plans. He also said he had not yet made up his mind on whether to run for a higher post.

Osmeña said of Poe, “She should run without extra weight, not running with anyone. Dapat mag-isa ka lang (She should be by herself.) Let the people decide.”

Poe is also facing citizenship and residency issues, which opponents are expected to raise against her. (READ: Grace Poe and Pandora’s box: Legal issues in her candidacy)

Osmeña said running for vice president with the LP is a “safer fight” for Poe. – Rappler.com