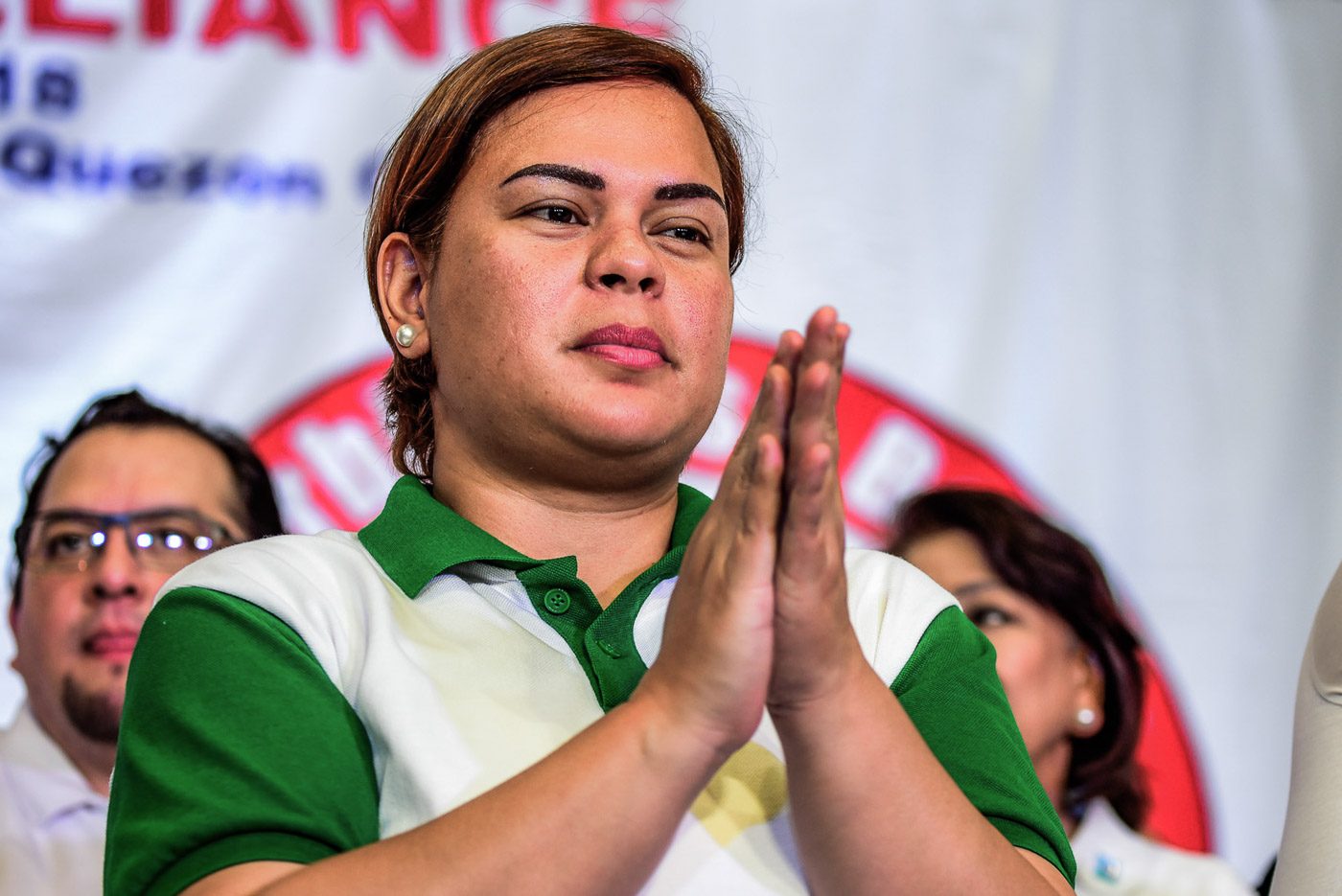 HNP NO MORE. Sara Duterte officially resigns from the party she founded in 2018.

Davao City Mayor Sara Duterte has resigned from her own party, the Davao-based Hugpong ng Pagbabago (HNP), after she withdrew her bid for reelection as city mayor.

“While we are saddened by her resignation, we however wish her all the best in her future plans. Godspeed po, Mayor Sara. In our hearts, you will always be our Chairperson,” he said.

Sara officially resigned at 9:30 am on Thursday, November 11. In a handwritten letter to the regional party’s members, she said: “It is with profound sadness that I hereby tender my resignation from our beloved party. My support will always be with you and I will always be grateful for all the things you have taught me.”

Sara is the eldest daughter of President Rodrigo Duterte and is widely believed to be seeking a national post – either president or vice president – in 2022 even after she first filed for reelection as Davao City mayor on October 2. Her withdrawal of her reelection bid on November 9 only fueled talk of a 2022 national run, although Sara herself has kept mum.

This is a developing story. – Rappler.com