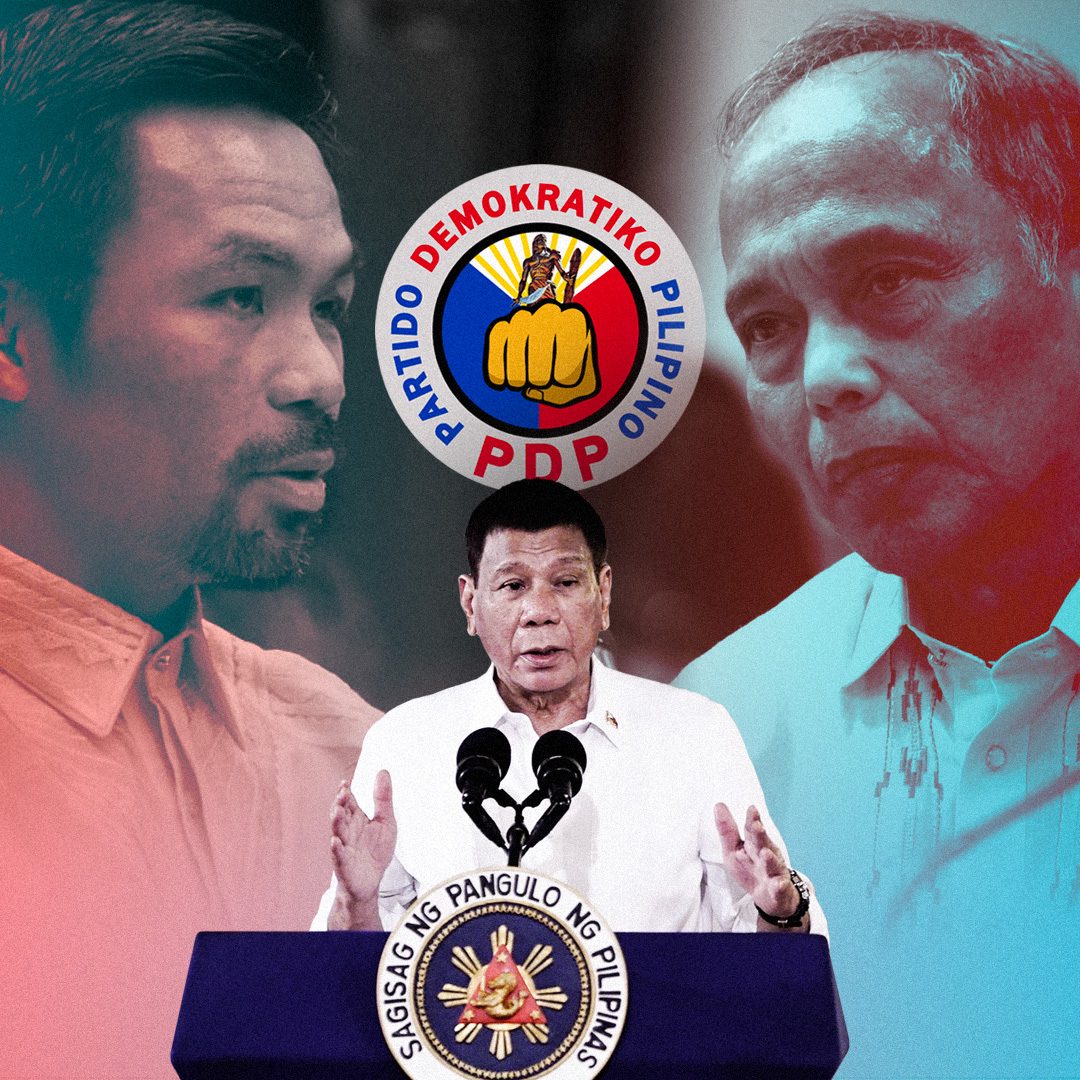 Duterte: 'The dilawan and the left were the ones really pushing for it [Philippines joining International Criminal Court].'

However, Duterte's own spokesman Harry Roque was a major advocate for the membership of the Philippines in the ICC.

Pacquiao releases statement after his ouster as PDP-Laban president CONTEXT: Why Cusi faction says Pacquiao is not ‘ousted’

Party vice chair Alfonso Cusi has long declined to use the term “oust” to describe what was expected to happen at the Saturday meeting, insisting that the election of new officers is being done in accordance with party rules.

Senator Manny Pacquiao, currently in the United States for his boxing match with Errol Spence Jr., does not recognize the ongoing meeting.

There have long been some members in the party who never recognized Pacquiao as party president.

It was PDP-Laban stalwart Senator Aquilino “Koko” Pimentel III who had given his post of party president to Pacquiao in December 2020. But the faction led by Cusi and National Transmission Corporation president Melvin Matibag (party secretary general) felt it was unfair for Pimentel to just appoint Pacquiao without going through the process.

Here’s where the action is

PDP-Laban is set to hold the election of new national officers, including: