Walden Bello blasts Marcos with the f-word during live interview Facebook Twitter Copy URL
Copied
‘This is a family that has raped the country. It has not apologized to the country and he now wants to rape the country again. F**k you, Marcos!’ Bello says 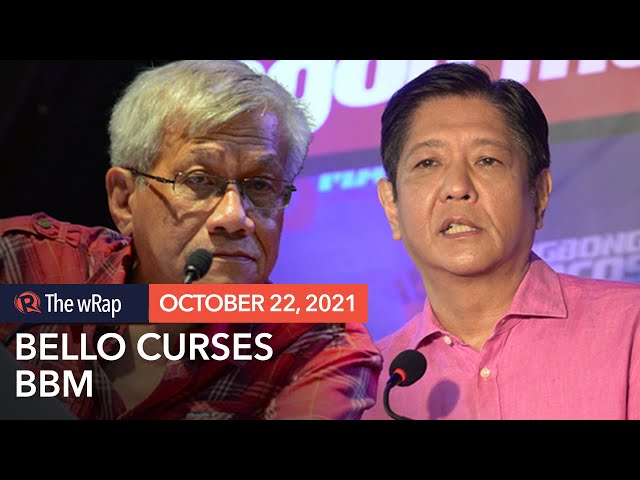 Marcos Jr is a presidential aspirant in the coming May 2022 elections.

“This is a family that has raped the country. It has not apologized to the country and he now wants to rape the country again. F**k you, Marcos!” Bello said in an interview with Christian Esguerra on ANC’s After the Fact. “I mean, come on, these guys are jokers. Especially the biggest joke of all ay si (is) Marcos.”

An hour after the interview, Bello Tweeted he did not regret dissing Marcos Jr.

Bello was interviewed in the program along with their standard bearer, labor leader Ka Leody de Guzman.

Bello is a retired University of the Philippines professor and co-coordinated the Anti-Martial Law Coalition. He also announced that he ran to fight the “greatest peril” of the country, which he dubbed as the “Marcos-Duterte Axis of Evil.”

The vice presidential aspirant also stressed that his tandem with De Guzman was founded in “blood, sweat, and tears,” unlike Marcos Jr. (Just like what Churchill said during the Second World War. His statement was, ‘blood, sweat, and tears,’ was all he could promise. We’re also promising the same thing. And that is why people see us as genuine, unlike other foolish politicians who are running today like Bongbong Marcos, who’s just out for himself.) 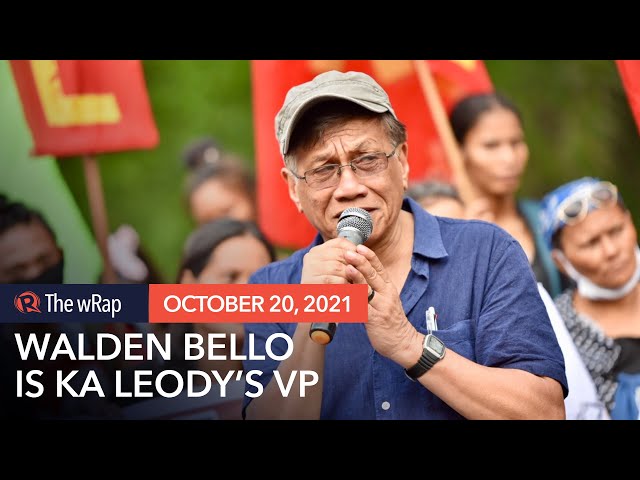 Tirades vs other presidential aspirants

Aside from Bongbong, Bello launched into a tirade against other presidential aspirants.

Bello, a former congressional representative of Akbayan and former chairperson of the  House committee on overseas workers’ affairs, also commented on Manny Pacquiao’s “absenteeism” in Congress.

(You know Manny Pacquiao, Christian, was my co-chair in the overseas workers affairs committee in Congress. For five years, he only attended one meeting, okay? And he didn’t know what to do. I gave him instructions on what to do in the meeting itself. Can you trust a guy who doesn’t show up for work for five years? He left all the work to me.)

At the end of the 16th Congress in 2016, Pacquiao was named as the top absentee among the lawmakers in the House of Representatives. The boxer-turned-politician was absent for 22 times in the House’s plenary sessions from July 27, 2015 to June 6, 2016.

(And of course, Ping Lacson, he said he was an opposition now but he was the top agent of President Duterte in the Senate for the anti-terrorism act. Is he an opposition?)”

Lacson was the sponsor of the anti-terror law in the Senate. – Rappler.com