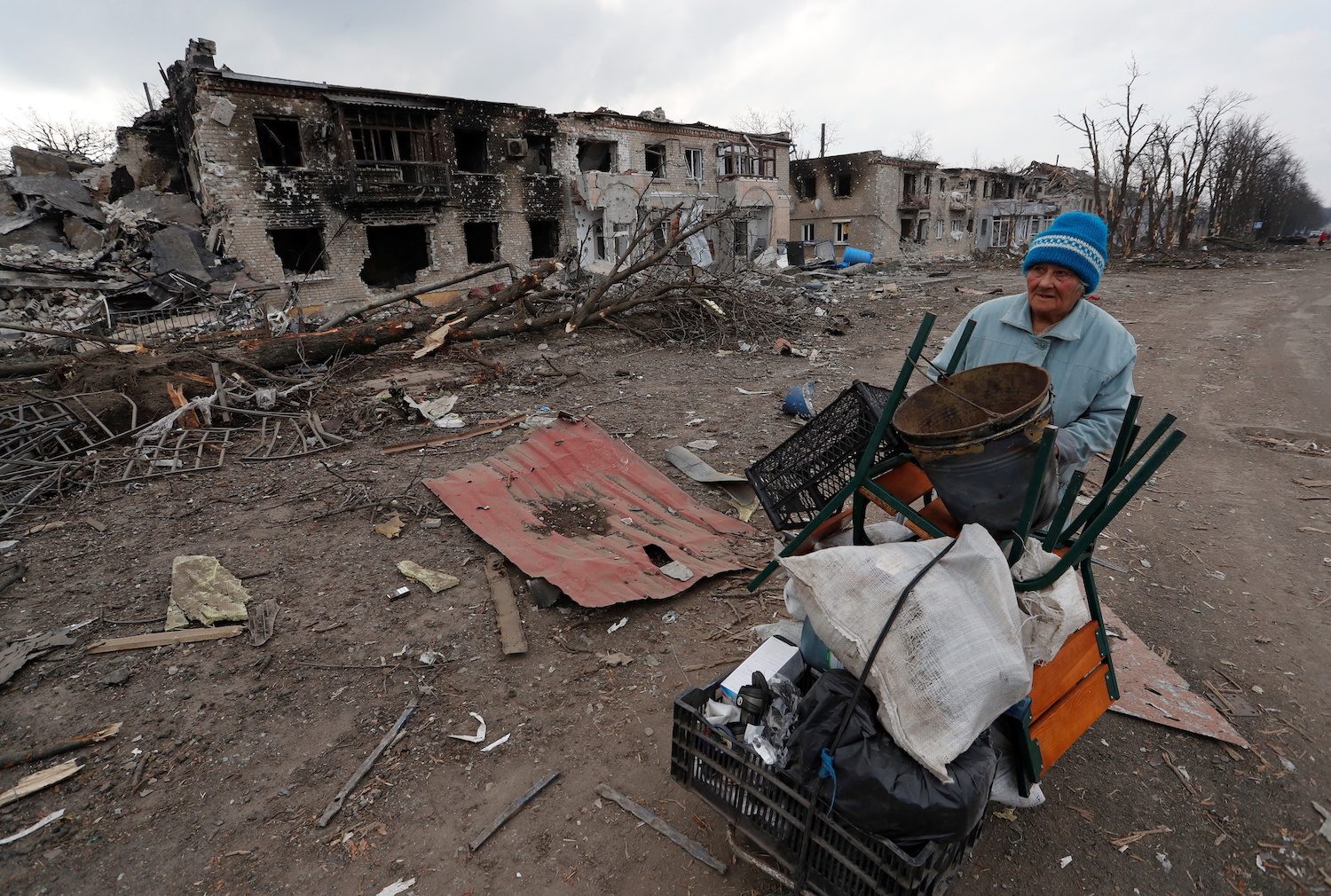 DISPLACED. A woman pushes a trolley with her belongings along a street damaged during the Ukraine-Russia conflict in the separatist-controlled town of Volnovakha in the Donetsk region, Ukraine, March 15, 2022.

MANILA, Philippines – Several European ambassadors in the Philippines criticized the “blatant untruths” and disinformation in an opinion piece on Moscow’s actions in Ukraine penned by Russia’s local envoy, which was published in the Philippine Star.

The opinion article written by Russian Ambassador to the Philippines Marat Pavlov originally appeared on the daily’s “Diplomatic Pouch” column, a version of which was made available online on PhilStar.com on Thursday morning, March 17, but was later taken down.

“Shocking OpEd in this morning’s PhilStarNews. Upsetting to see these lies in print,” British Ambassador to the Philippines Laure Beaufils said on Twitter. Beaufils then set the record straight, as she emphasized: “Let’s be clear: Russia invaded a sovereign state. It is coming war crimes and shows complete disregard for international law and civilian life.”

Pavlov had mouthed Russia’s line that a “special military operation” was being carried in Ukraine – a term world leaders and the larger international community have rejected, with countries condemning Russia’s “invasion of Ukraine.”

Pavlov likewise prefaced his piece by describing as “fake news” most reports seen on Philippine media regarding fighting in Ukraine.

“Plain truth is that Russia has invaded Ukraine and [is] attacking its population. Russia disregards sovereignty and territory,” said European Union Ambassador to the Philippines Luc Veron.

Veron, calling on the public to fight disinformation, added that the Russian ambassador’s opinion piece contained “sad and blatant untruths.”

PhilStar.com later took down Pavlov’s opinion from their online site on Thursday morning with the following message: “PhilStar.com has removed this piece, which originally appeared on the Philippine Star’s Diplomatic Pouch column.”

Although they belong to the same media group, PhilStar.com and the Philippine Star are run by separate editorial teams.

Veron acknowledged this and thanked the news outlet. “We love diversity of opinions but stand together for truth and fighting disinformation,” he said.

“Facts are facts! Lies are lies!” he added. Both Germany and Ireland joined the chorus of European envoys that aired their concern over views pushed in Pavlov’s opinion.

Ireland’s Ambassador to the Philippines, William Carlos, said: “I am shocked at the dangerous disinformation, leis, and justification for the illegal invasion published in the PhilStarNews today. The simple truth is Russia invaded an independent Ukraine.”

German Ambassador to the Philippines Anke Reiffenstuel added, “There is no justification at all for Russia’s aggression.” She said she was “shocked and irritated about the disinformation by Russia on Russian invasion of Ukraine, spread in PhilStarNews this morning.”

“The fact is innocent people are dying because Russia continues to ignore calls, including from [United Nations Secretary General} Antonio Guterres, the UNGA (UN General Assembly), and the ICJ (International Court of Justice) to stop its offensives,” she said.

Austrian envoy Bita Rasoulian underscored that “any attempt to justify such an attack against the territorial integrity of Ukraine is futile and unacceptable.”

Meanwhile, Denmark’s embassy in Manila echoed the ambassadors’ sentiments, calling out Russia’s invasion of Ukraine as “unlawful and unprovoked.” “Truth is a victim of war as sadly demonstrated by the Russia op-ed in PhilStarNews today.

The war in Ukraine is on its third week after Russian President Vladimir Putin ordered the deployment of troops to its neighboring country on February 24. Since then, international outrage over Russia’s invasion of Ukraine has continued to grow as US and Ukrainian officials said on Thursday that civilians waiting in line for bread and sheltering in a theater had been killed by Russian forces.

Moscow has yet to capture any of Ukraine’s biggest cities despite the largest assault on a European state since World War 2. More than 3 million Ukrainians have fled and thousands have died as the war entered its fourth week. – Rappler.com 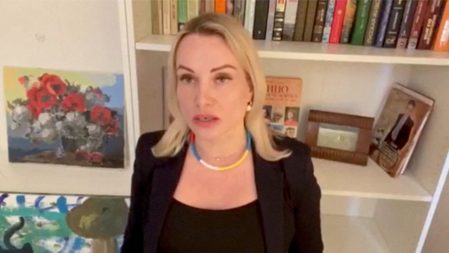