Extradition proceedings vs Quiboloy yet to begin Facebook Twitter Copy URL
Copied
'The DOJ has not received any endorsement from the DFA regarding the subject extradition as of this date,' says Justice Secretary Menardo Guevarra

MANILA, Philippines – The Department of Justice (DOJ) said it has yet to receive an endorsement from the Department of Foreign Affairs (DFA) on the possible extradition of preacher Apollo Quiboloy, who was charged with sex trafficking in the United States in November 2021.

Justice Secretary Menardo Guevarra said on Saturday, March 26, that the DFA is the first point of contact of the US government regarding the case.

“I have no personal knowledge on whether such communication has been received. But the DOJ has not received any endorsement from the DFA regarding the subject extradition as of this date,” said Guevarra.

Quiboloy is the founder and leader of the Kingdom of Jesus Christ church. On November 18, 2021, US prosecutors indicted him and eight others for allegedly running a sex trafficking operation that threatened girls and young women.

Quiboloy, associates face maximum penalty of life imprisonment in US 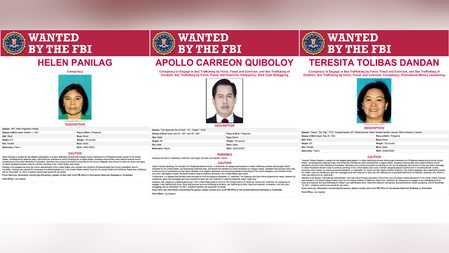 The US State Department would have to make an extradition request with the Philippine DFA, in line with the extradition treaty between the two countries. The DFA would endorse the request to the DOJ if it is found to be sufficient.

Then, the DOJ would file a petition for extradition in a trial court. If a warrant of arrest is issued while the petition is being heard, a defendant may post bail.

Quiboloy’s lawyers argued that the charges against the pastor came only during Rodrigo Duterte’s presidency. They also questioned the timing of the indictment, which was months before the 2022 elections. – Rappler.com