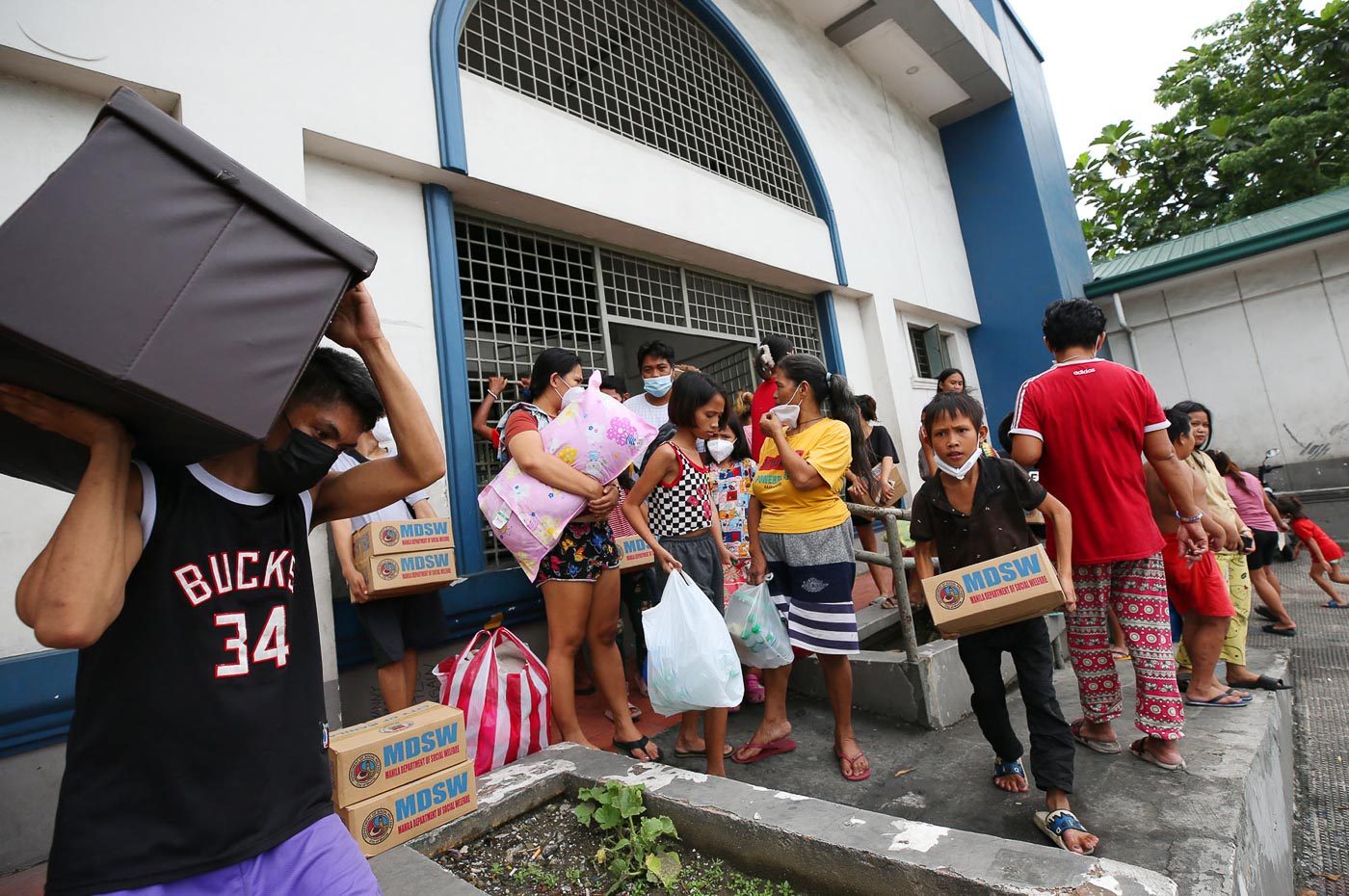 Close to 300 families at the Delpan covered court in Tondo, Manila, leave the evacuation center following the good weather after Super Typhoon Karding, on September 26, 2022.

Facebook Twitter Copy URL
Copied
The Social Weather Stations notes that the rise in the number of self-rated poor families is due to ‘slight increases’ in Metro Manila, Visayas, and Mindanao

MANILA, Philippines – Around 12.6 million Filipino families considered themselves poor in the first few months of the Marcos administration, according to the latest survey conducted by the Social Weather Stations (SWS).

The figures are higher from the September 2021 survey, where 45% or about 11.4 million Filipino families considered themselves poor.

The October 2022 survey also found that 7.7% or around 2 million self-rated poor families were “newly poor” or those who feel that they were not poor at least one to four years ago.

The survey was conducted from  September 29 to October 2 through face-to-face interviews with 1,500 Filipinos – 300 each in Metro Manila, Visayas, Mindanao, and 600 in Luzon.

The error margins for the survey are at ±2.5% for national percentages, ±5.7% each for Metro Manila, Visayas, Mindanao, and ±4.0% for Luzon.

Meanwhile, Filipino families who rated themselves food poor remained steady at around 8.7 million between June and October. However, the figure remains higher than the estimated 7.9 million in an SWS survey conducted in April.

Meanwhile, Luzon saw a decline in self-rated food poverty from 28% to 22%.

The figures came as inflation jumped as high as 6.9% in September.

A recent Pulse Asia survey also found that around 42% of Filipinos disapproved of the Marcos administration’s performance in reining in the rising prices of goods. – Rappler.com