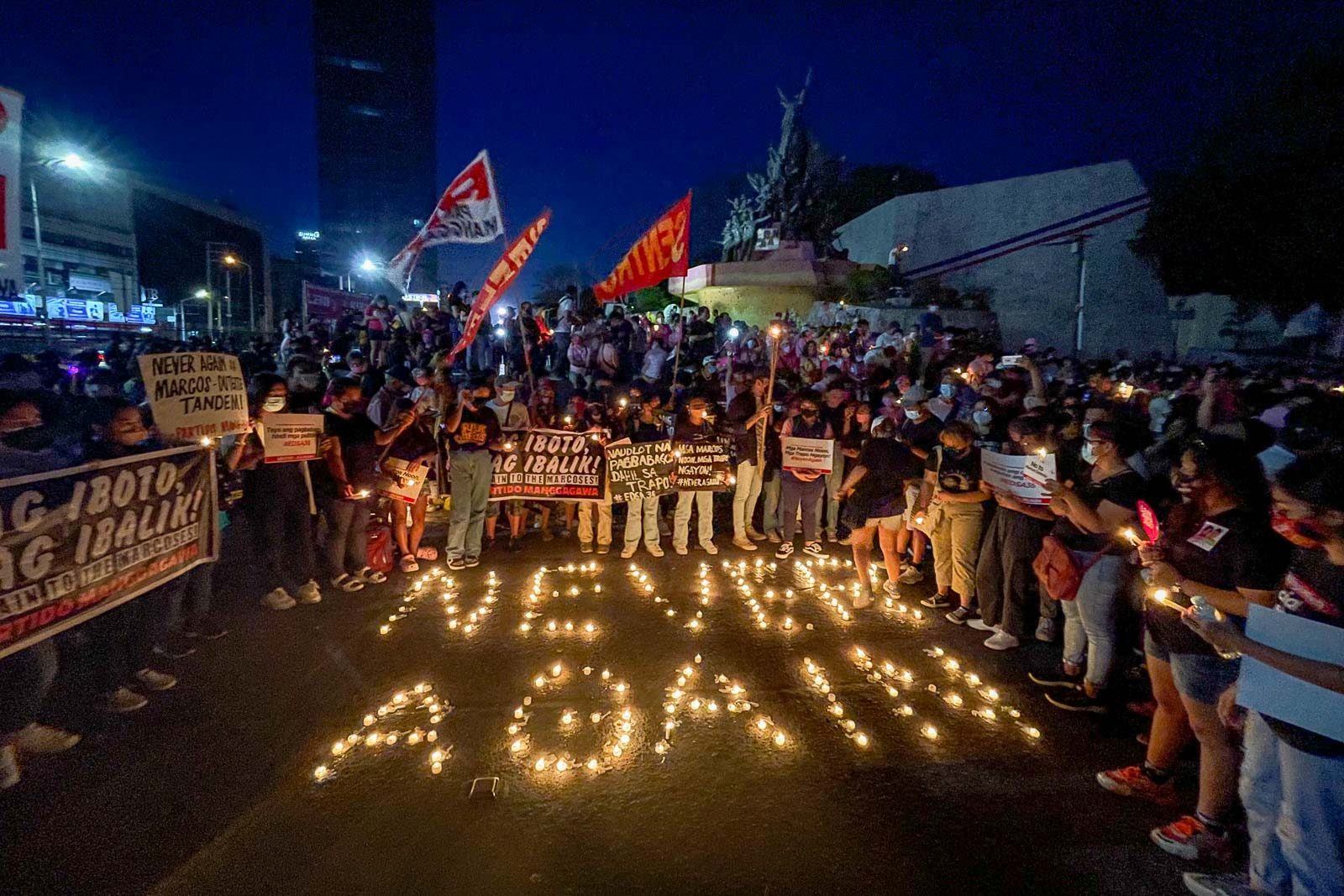 Members of progressive groups light candles at the People Power monument on the 36th year anniversary of the EDSA uprising, calling for #NeverAgain to Marcosu2019 presidency, on February 25, 2022. Jire Carreon/Rappler

Facebook Twitter Copy URL
Copied
'This cannot be the last EDSA. EDSA is the people. Even if there is no longer any official celebration, we won't allow a collective amnesia to happen,' says Bayan secretary-general Renato Reyes

MANILA, Philippines – Hundreds of Filipinos from different sectors gathered in Quezon City on Friday, February 25, to commemorate the anniversary of EDSA 1, an uprising that toppled dictator Ferdinand Marcos, Sr. out of office.

In this year’s event, organizers treated White Plains grounds as a mock classroom, where demonstrators served as students of a lesson on the myths of the Marcos dictatorship years. 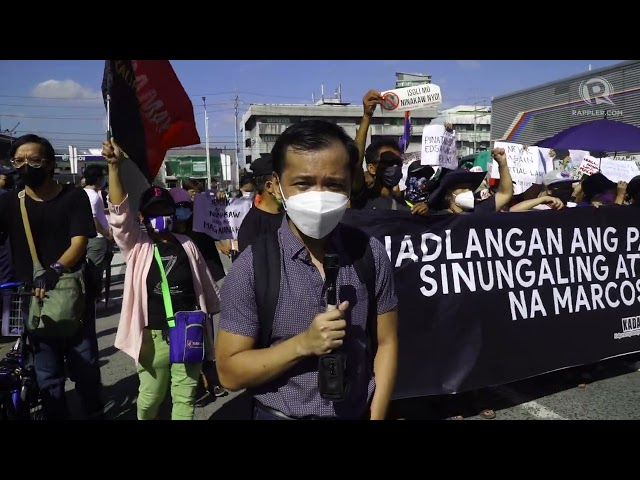 Meanwhile, senatorial aspirant and former congressman Neri Colmenares refuted the claim that the late dictator’s son, Ferdinand “Bongbong” Marcos, Jr., had nothing to do with the atrocities committed by his father’s administration because he was young back then.

“He was 23 when he was vice governor of Ilocos Norte, then governor. He was part of the martial law government that committed plunder, human rights violations, and corruption,” Colmenares said.

The commemoration of the EDSA anniversary is highly important this year, as it comes on the heels of the potential return of the Marcoses to Malacañang.

Marcos Jr., no thanks to what appears to be a systematic disinformation campaign in recent years, has made him a frontrunner for the presidency in the May elections.

If Marcos Jr. emerges victorious in the elections, will Friday be the last EDSA commemoration? Progressive group Bayan does not think so.

“This cannot be the last EDSA. EDSA is the people. Even if there is no longer any official celebration, we won’t allow a collective amnesia to happen,” Bayan secretary-general Renato Reyes said in an ambush interview.

“Marcos Jr. poses a huge threat to democratic aspirations of our people,” he added. “It threatens to erase all their historical liabilities against our people. That’s their endgame.” – Rappler.com