Mayor of Cavite town resigns due to health reasons 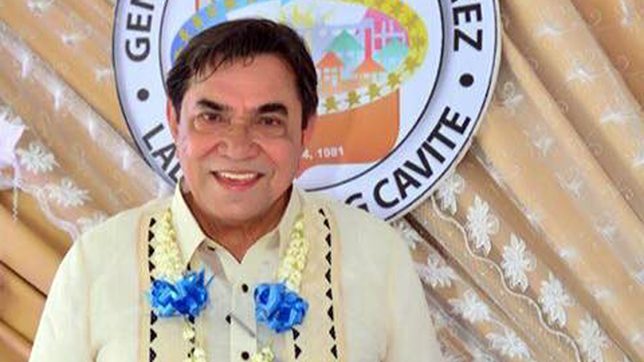 Mayor Walter Echevarria Jr of General Mariano Alvarez town in Cavite resigned from his post Tuesday, August 3, because of health reasons, with only nine months to go before the 2022 local elections.

Councilor Angela Paycana, who was the topnotcher during the 2019 local elections, became the vice mayor. She would lead the municipal council which has eight members.

In a post on the GMA local government social media page, Echevarria cited his failing health as the reason for relinquishing the post.

(I would like to inform everyone that effective today I have resigned my position as mayor of General Mariano Alvarez town.)

(Because of the changes in my health condition, I am humbly leaving my position so that someone more capable and deserving can serve you… We need a leader who can guide us in the middle of this pandemic.)

The 74-year-old Echevarria was GMA town mayor from 2001 to 2010 and from 2013 till he resigned. He also previously served as vice mayor, councilor and barangay chairman.

He ran and won for reelection in 2019 with daughter Echevarria Torres as his running mate.

Even before her father stepped down, Echavaria Torres was more visible in running the city during the height of the COVID-19. – Rappler.com