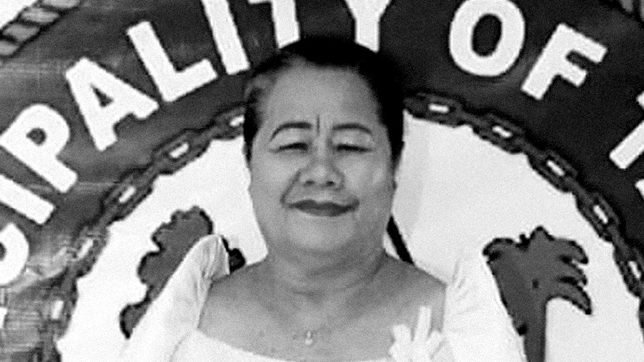 Talakag police chief Major Dennis Rowell Flores said Councilor Susan Gayonan was declared dead on arrival at the town hospital where she was brought after the shooting.

Flores said Gayonan’s relatives, Donna Mae Gayonan and Jerry Bustillo, were declared out of danger and brought to a hospital in Cagayan de Oro.

The murder of Gayonan sent shockwaves across Talakag, a first class municipality in Bukidnon, some 65 kilometers south of Cagayan de Oro City.

Gayonan was an undefeated town politician known for her good public service record. She chaired the Talakag town council committee on agriculture and social services.

Flores said the two gunmen waited until the rain stopped on Saturday afternoon to shoot Gayonan, who was buying a bottle of water at a store.

“Definitely the councilor was their target. They shot her first to the abdomen,” Flores told reporters.

Flores said Donna Mae was also hit by a stray bullet, and that Bustillo had tried to grab one of the suspects, who in turn shot him.