CHINA. Former US secretary of state Hillary Clinton fears the Philippines will end up as China's subject.

Facebook Twitter Copy URL
Copied
'I don't think that's the kind of future that the Philippines would like,' says Hillary Clinton on #HoldTheLine with Maria Ressa

Former US secretary of state Hillary Clinton expressed fears that the Philippines, one of the US’s longtime allies in Asia, might end up heavily indebted to China.

Clinton said this in an exclusive chat with Rappler Plus members after her interview with Rappler CEO Maria Ressa. 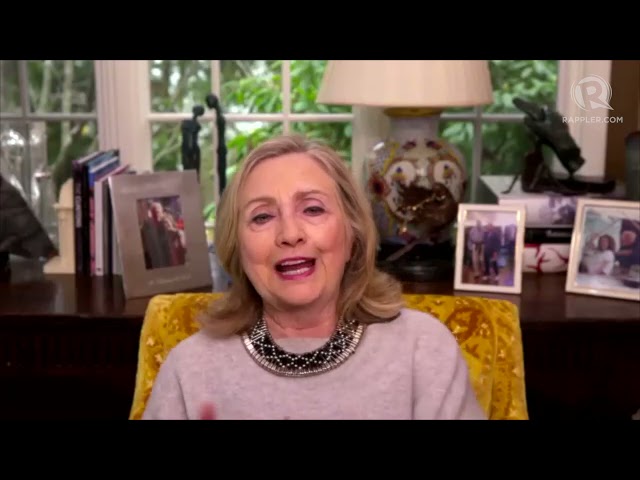 “I worry about the Philippines becoming basically a subject of China through financial investments, through the buying of influence, through the undermining of institutions. I think that there’s a real danger that, left unchecked, the Philippines – no matter who the leader is – would find itself increasingly unable to act without Chinese approval. I don’t think that’s the kind of future that the Philippines would like,” Clinton said.

Under Philippine President Rodrigo Duterte, Manila moved closer to its Asian neighbor, which has since provided loans and donations, and, recently, vaccines. The US has yet to donate any vaccines to other countries, including the Philippines.

Former president Benigno Aquino III, Duterte’s predecessor, brought China to court in January 2013. More than 3 years later in July 2016, the Permanent Court of Arbitration in The Hague, Netherlands, ruled in favor of the Philippines. By then, both the Philippines and US had new leaders: Duterte and former president Donald Trump, respectively.

“Unfortunately, we got a new administration in both the United States and the Philippines that didn’t even try to enforce it, didn’t try to make it a big international issue to point out the aggressive behavior of China when it comes to its neighbors, including the Philippines,” Clinton said.

“I think the previous [US] administration really didn’t have any policy about the Philippines…. It was one of the many parts of the world that they didn’t pay any attention to, didn’t say anything about. And I think their ill-advised, incoherent policy toward China enabled China over the last four years to strengthen its position in the Asia Pacific, particularly when it comes to the South China Sea,” she added. 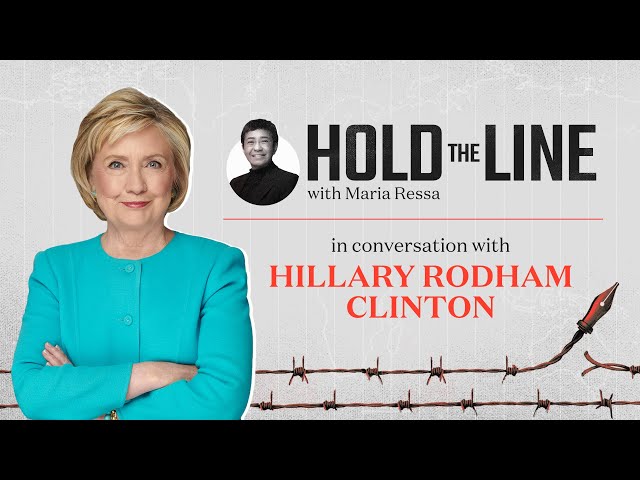 With Joe Biden now at the helm, Clinton is confident things will soon change.

“I think you’ll find the Biden-Harris administration much more focused on trying to replenish the relationship with the Philippines, the long-standing relationship, some of the defense issues that might be relevant again,” she said.

“So I hope that there’s an understanding of the self-interest of the Philippines, including by the current administration in your country, that goes back to a closer relationship with the US that would help to balance the overwhelming efforts to try to dominate the Philippines coming from China,” she added.

Beijing continues its militarization of islands in the West Philippine Sea, the part of the South China Sea that belongs to Filipinos.

Since late March, Philippine diplomatic and defense officials have demanded China to “immediately withdraw” its ships from area, after over 200 its vessels were first spotted massed in Julian Felipe Reef and later scattered to other areas of the Kalayaan Island Group.

China’s embassy in Manila earlier dismissed the allegations of harassment, while Beijing’s foreign ministry had called on the Philippines to “stop wanton hype-up, and avoid casting negative influence on bilateral relations and the overall peace and stability in the South China Sea.”

Clinton claimed that the US is the “premier friend” to stand with the Philippines against China.

“I think if you care about the future of the Philippines, about the independence of the Philippines – and the Philippines have fought really hard for a very long time to be independent – then you need friends and the US, I hope, is the premier friend to stand with you and protect you against further incursions by the Chinese to basically dominate Filipino society. I mean, I think that’s what you want. And I hope that’s what the Biden administration will be able to achieve,” she said. – Rappler.com