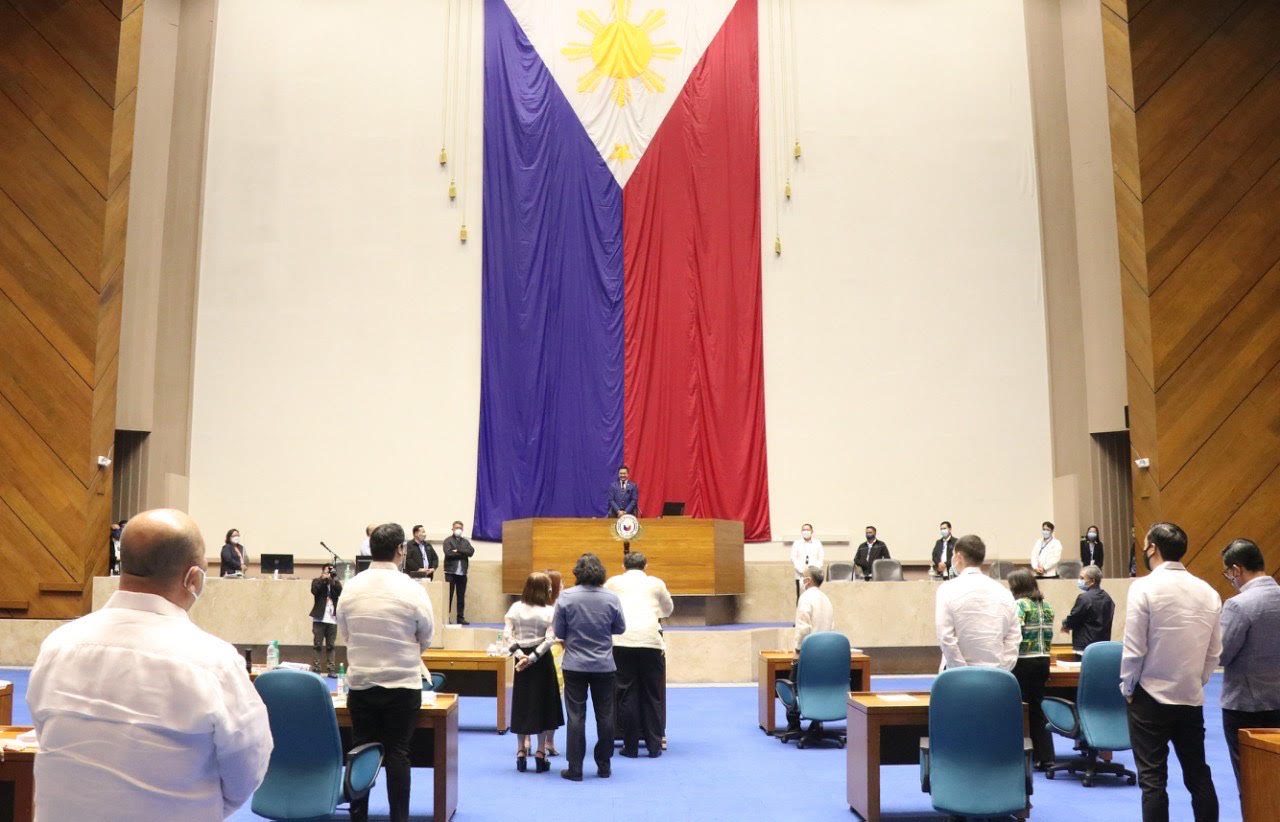 A House committee passed a resolution that would amend the 1987 Constitution’s economic provisions to open more Philippine sectors to foreign management and control.

On Tuesday, February 2, a total of 64 members of the House committee on constitutional amendments voted in favor of Resolution of Both Houses (RBH) No. 2, penned by no less than Speaker Lord Allan Velasco himself.

Only 3 voted against RBH 2, while 3 abstained from the vote.

TUCP Representative Raymond Democrito Mendoza, however,  was mistakenly recorded as a yes vote. In a letter sent to House Secretary-General Mark Llandro Mendoza on Wednesday, February 3, Mendoza said that while he was present during the hearing, he did not cast any vote on RBH 2. Mendoza’s staff sent Rappler a copy of the lawmaker’s letter on Friday, February 5.

Among those who voted yes to RBH 2 were several deputy speakers, who are ex-officio members of the panel by virtue of their posts. This is a classic parliamentary strategy to ensure that a measure backed by the House leadership would breeze through the committee level.

RBH 2 proposes to add the phrase “unless otherwise provided by law” to constitutional provisions saying only Filipino citizens can control, own, and/or lease alienable lands of public domain, natural resources, public utilities, educational institutions, mass media companies, and advertising companies in the Philippines

This means lawmakers would be able to use legislation to lift the current prohibitions on foreign investors – something the Constitution is not allowing Congress to do at the moment.

Upon the motion of House committee vice chair Loren Defensor, however, the legislators agreed to drop RBH 2’s previous proposal to allow foreigners to own private land in the Philippines.

RBH 2 states both the House of Representatives and the Senate should vote separately to approve the economic Cha-Cha amendments. Three-fourths of the total membership of each house must vote in favor of RBH 2 for it to hurdle both chambers.

The House panel’s approval of RBH 2 is not surprising, since leaders of 8 major political blocs have earlier signed a manifesto supporting Velasco’s fresh bid for charter change.

House committee on constitutional amendments panel chair Alfredo Garbin Jr said he wants the plenary debates on RBH 2 to kick off by mid-February.

The Speaker and his allies have argued that allowing more foreigners to own and manage industries in the Philippines would help the economy recover from the coronavirus pandemic.

But their counterparts in the Senate are mostly not convinced, with senators questioning the propriety of pursuing Cha-Cha right in the middle of the COVID-19 crisis and this close to the 2022 presidential elections.

They also said passing bills designed to attract foreign investors is “more practical” then opting for the divisive Cha-Cha route. The House revived its Cha-Cha hearings on January 13 weeks after President Rodrigo Duterte himself ordered Congress leaders to make one last attempt at amending the Constitution.

Duterte, however, wanted the Constitution amended not with COVID-19 in mind, but to further crack down on party-list legislators who are critical of him.

The House panel also happened to agree to an economic Cha-Cha during Constitution Day, when the nation marks the ratification of the current supreme law of the land. Several framers of the 1987 Constitution, like Christian Monsod and Florangel Rosario Braid, have been opposed to reviving Cha-Cha amid the COVID-19 crisis.

Other attempts to open PH economy to foreign investors

This is not the first time the House under the Duterte presidency attempted to either amend the Constitution or pass a bill that would lift restrictions on foreign ownership.

In March 2020, months before Velasco took over as Speaker, the House approved a bill that would distinguish between how a public service and a public utility is defined under the Public Service Act, in effect allowing foreigners to fully own public utilities in the Philippines.

But the bill remains pending in the Senate.

In December 2019, the House constitutional amendments panel controversially approved a Cha-Cha resolution behind closed doors. They sought to lift the constitutional restrictions on foreign investments as well as extend the terms of House members and local officials to 5 years.

But this resolution was later recalled following public backlash over the discreet proceedings. The committee once again pursued charter change in January 2020, but the hearings were temporarily stopped due to the COVID-19 pandemic.

In the previous 17th Congress, the House under then-speaker Gloria Macapagal Arroyo also approved on 3rd reading RBH No. 15 that would have shifted the Philippines to a federal system of government. RBH 15, however, was “dead on arrival” in the Senate. – Rappler.com