Father Roque Ferriols, pioneer of philosophy in Filipino, dies at 96 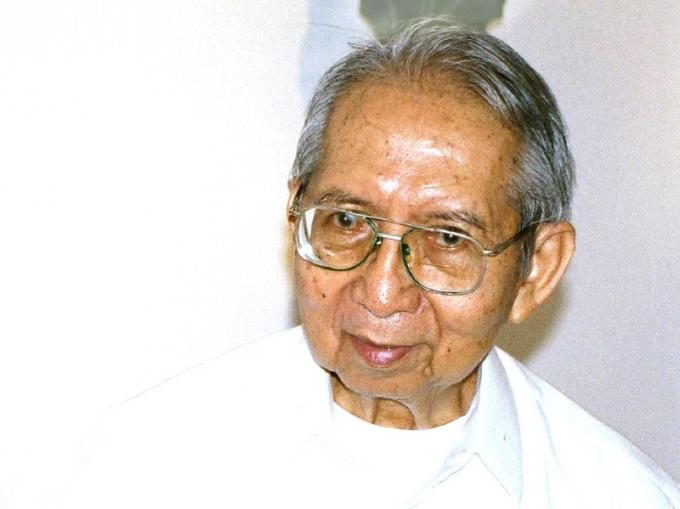 Jesuit priest Father Roque Ferriols, a renowned Ateneo professor who pioneered the teaching of philosophy in Filipino, died at the age of 96 past midnight on Sunday, August 15.

He was set to celebrate his 97th birthday on Monday, August 16.

One of Ferriols’ protégés, philosophy professor Leo Garcia, confirmed the news on Sunday. The day of his death, as the official announcement pointed out, was also the great Catholic feast of the Assumption of Mary, when Mary is believed to have been assumed into heaven, body, and soul.

“Dr. Leo Garcia has just sent word that at 12:24 am, August 15, 2021, on the Feast of the Assumption of Our Lady, our dearest Father Roque Angel Jamias Ferriols, SJ, passed on to eternal life. He celebrates his 97th birthday in heaven on August 16, 2021,” said the announcement by Ateneo.

Ferriols, who finished his philosophy doctorate at Fordham University in New York, taught generations of students in Ateneo, a leading Catholic school in the Philippines.

Starting in 1969, Ferriols led the use of Filipino in doing and teaching philosophy, to make this intellectual discipline more in touch with ordinary folk. He began this as part of a “Filipinization” movement in his university that used to be run by Spanish and then American Jesuits.

The likes of Cardinal Luis Antonio Tagle, who is now a top official at the Vatican, and Caloocan Bishop Pablo Virgilio David, incoming president of the Catholic Bishops’ Conference of the Philippines, once sat in the classroom of the philosopher fondly known as “Padre Roque.”

The great Jesuit historian Father Horacio dela Costa is said to have called Ferriols “the only true genius” among Filipino Jesuits.

David, in a tribute, said Ferriols was the only person he knew who had read philosophers such as Socrates, Plato, and Thales in the original Greek – not English – to find the Filipino equivalent of their philosophical concepts. Ferriols had done this, too, with the writings of Gabriel Marcel in French, and Edmund Husserl, Martin Buber, and Martin Heidegger in German.

(He dislikes lazy thinking. He said that before one borrows foreign terms from English and Spanish, one must first look for equivalents in Tagalog, Kapampangan, Ilocano, or any of our native languages.)

Ferriols, who has Ilocano roots, was born at the Philippine General Hospital on August 16, 1924, and was raised in North Sampaloc, Manila. He entered the Jesuit seminary in 1941 and was ordained a priest in 1954. Ferriols spent his final years in an infirmary for elderly Jesuits in Ateneo.

(I have many guesses, but what’s important is that God instructed me to do it, and I’m trying to do His will. As Mother Teresa said: God does not look for success. God looks for fidelity.) – Rappler.com