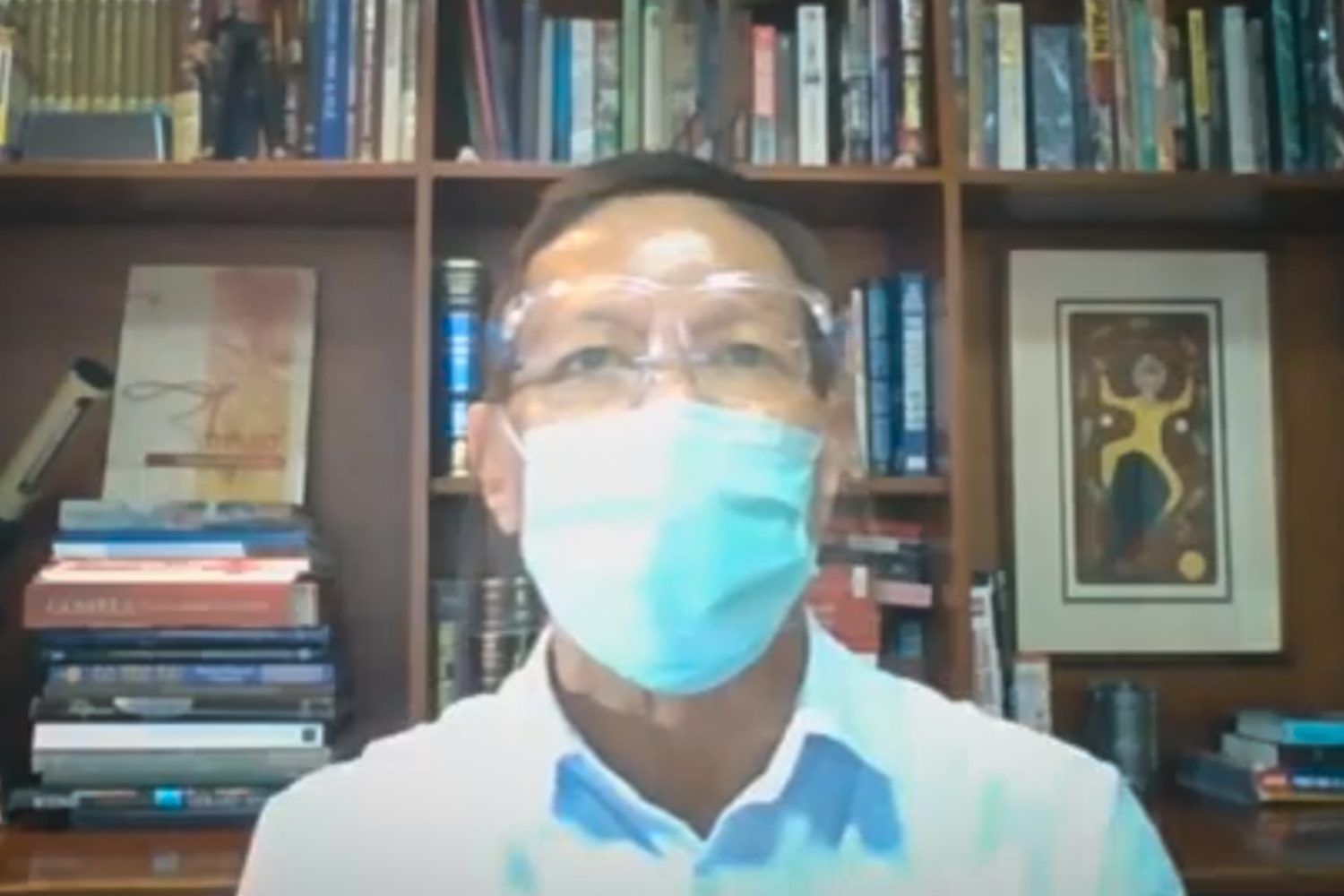 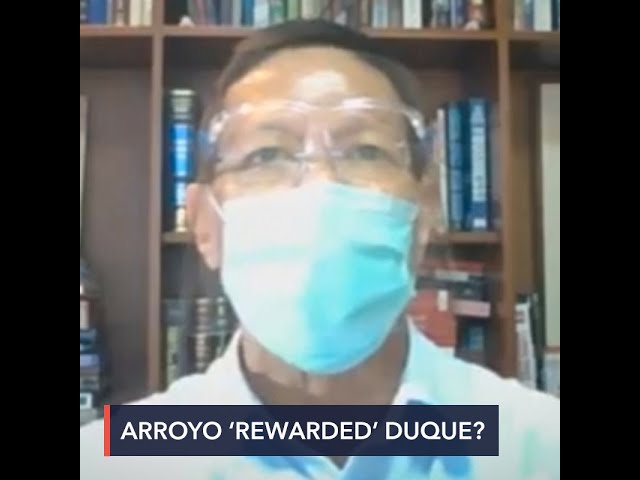 Senator Panfilo Lacson said former President Gloria Macapagal Arroyo appointed Francisco Duque III as her health secretary in 2005 as a “reward” for a health card scheme that aimed to bolster her bid for a second presidential term.

Duque, back now as health chief under President Rodrigo Duterte, was president of the Philippine Health Insurance Corporation (PhilHealth) in 2004.

Lacson, who also ran for president in 2004, alleged that Duque distributed the cards “to areas where they knew they would lose [to] the late Fernando Poe Jr.”

The health cards were given to allies and not to perceived political opponents, such as Duterte, who was Davao City Mayor at the time, Adre said.

Arroyo won the May 2004 presidential election, but was afterwards hounded by allegations of cheating. As vice president in 2001, Arroyo took over the presidency when Joseph Estrada was ousted by a popular uprising. This made her eligible for a second term, as Philippine law only allows elected presidents a single term in office.

“After her 2004 ‘victory,’ Mrs Arroyo rewarded PhilHealth president Duque with an appointment as Department of Health (DOH) secretary,” Lacson said on Wednesday.

As health secretary, Duque is the chairperson of PhilHealth. With allegations of massive corruption hounding the state insurer amid the coronavirus pandemic, Duque has come under fire from senators calling out his “ineptitude.” Lawmakers also asked whether Duque may be involved in the anomalies in PhilHealth, as he has been with the agency in different capacities for nearly two decades.

Lacson criticized PhilHealth’s attempt, under Duque, to collect premiums from overseas Filipino workers, even if they are a “special sector” exempted from this legal requirement. The senator also hit the “flawed if not perverted” implementation of PhilHealth’s Interim Reimbursement Mechanism, “gross overpricing” of the insurer’s information technology equipment, and the “doctoring” of its financial statements.

At a Senate hearing on the PhilHealth corruption mess on Tuesday, Adre said PhilHealth’s financial woes began when Plan 5 Million failed to earn back the “billions of pesos” the health cards had cost. That was also when some people in PhilHealth started “window-dressing” its financial statements.

Despite these and earlier calls from senators for his resignation, Duque insisted he had been “doing his best.” He denied the allegations against him, and said he would “continue to serve at the pleasure of the President.”

Duterte has consistently stood by Duque amid these controversies.

“The President’s trust and confidence notwithstanding, Filipinos don’t deserve a state health insurance that is so corrupt, made possible by officials entrusted with mandatory monthly deductions from hard-earned salaries of ordinary employees,” Lacson said.

“More than public interest, public health is imperiled with Secretary Duque at the helm of the DOH,” the senator added. – Rappler.com