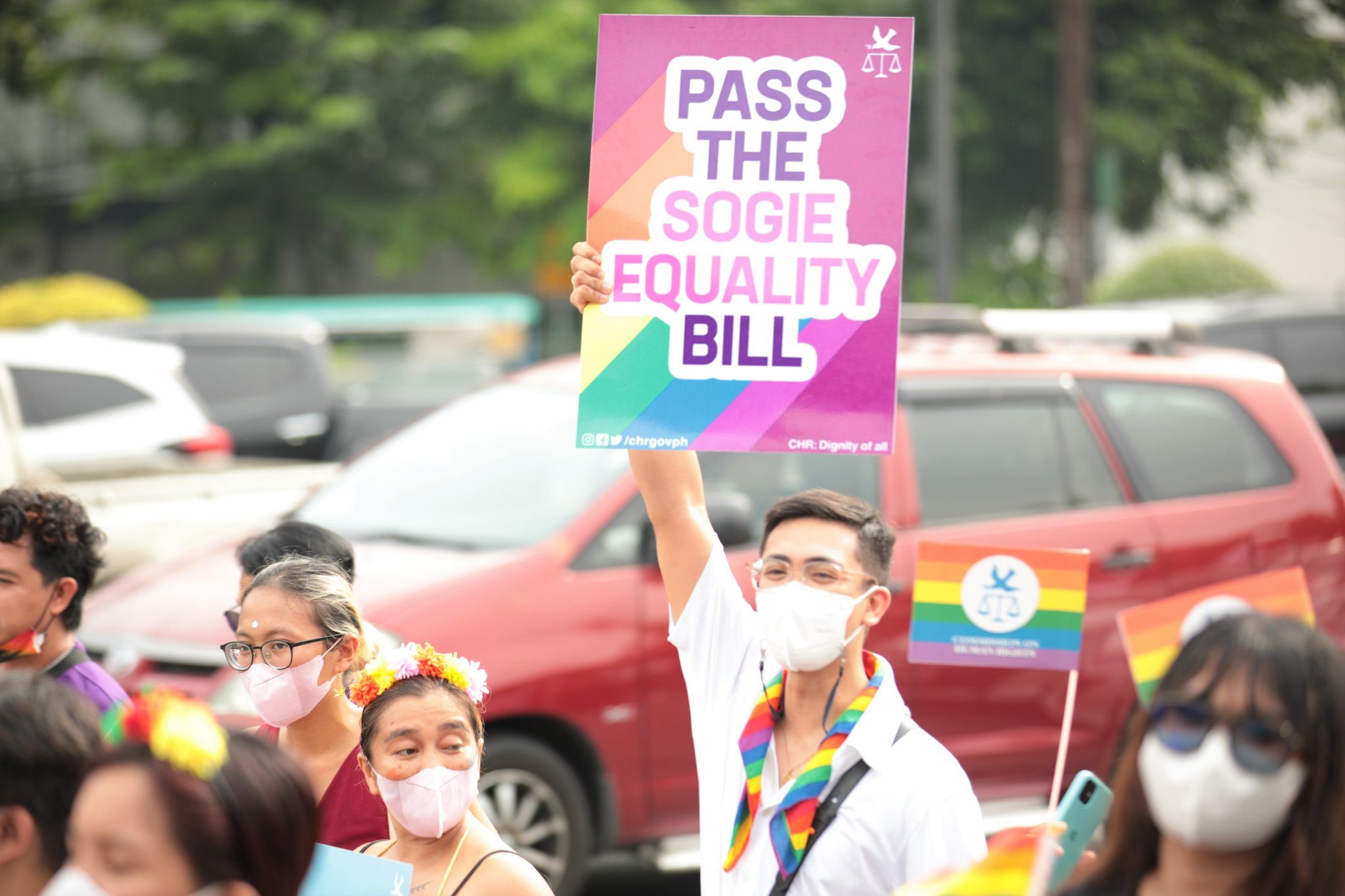 MANILA, Philippines – The lesbian, gay, bisexual, transgender, and queer (LGBTQ+) community is not asking for any “special rights” with the sought passage of the SOGIE (sexual orientation, gender, identity, and expression) anti-discrimination bill, but only for the correction of the imbalance that has heterosexuals at an advantage, a gender expert said.

Sharmila Parmanand, a gender and human rights fellow at the London School of Economics and Political Science, described this analysis in an interview with Rappler on Friday, November 11, following controversies of Manila 6th District Representative Bienvenido Abante Jr. filing a bill seeking to protect the rights of heterosexuals.

This, while the proposed SOGIE Equality Bill remains pending in Congress after more than 20 years since its first filing. This bill, which advocates have long fought for, seeks to penalize discrimination of people based on their SOGIE.

In his new House Bill No. 5717, Abante seeks to make illegal the “preventing, prohibiting, abridging, or otherwise interfering with the free exercise and enjoyment by heterosexuals” in their rights to religious expression – particularly in their views about homosexuality and queerness.

“Today, we have [LGBTQ+]…who are clamoring for ‘legislated rights’ and ‘state protection’ tailored for their specific kind and/or class, all in contravention to God’s law of creation and procreation and in utter defiance to His statutes and commandments, and the principles and standards of proper conduct and righteous living that He set for an orderly and morally upright society,” Abante wrote in his explanatory note.

Parmanand said that Abante’s bill seems to frame SOGIE rights as special rights “when, in fact, [the LGBTQ+ community is] not asking for special rights.”

“They’re asking for same rights we already have. And the only reason that they have to pursue a strategy of SOGIE, of carving it out, is because there isn’t equality in the first place. So, any attempt to protect sexual and gender minorities or LGBT individuals from discrimination is not extra rights. It is correcting an existing imbalance because the status quo de facto already protects heterosexuals,” said Parmanand.

Parmanand said that bills such as that of Abante’s only further deepen the imbalance.

Abante is a Baptist minister-turned-congressman who, as early as 2006, vowed to block what was then called the anti-discrimination bill (the forerunner of the proposed SOGIE Equality Bill). He had said that the bill promoted a “morally reprehensible” sexuality.

“When you invoke ‘biblical principles’ to legitimize your bigotry, you are not protecting your right as a heterosexual. You are legalizing hatred against the LGBTQ+,” Cornelio said in a tweet.

Parmanand said that the bill appeared to be “a reaction to an imagined threat.”

The SOGIE bill seeks to prevent discrimination in forms such as not hiring somebody because they’re gay, not allowing a transgender individual to use a restroom that aligns with their gender identity, or not allowing a student to march during graduation because they refuse to wear clothing that conforms to their sex assigned at birth. 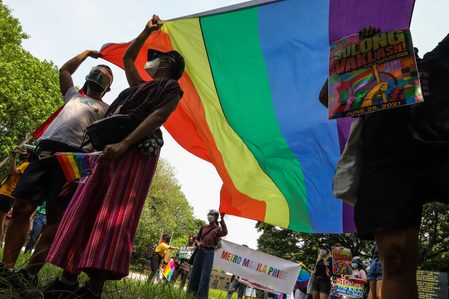 “There’s no threat to heterosexuals. And if we take stock of the status quo, it’s LGBT individuals, especially trans individuals, who are incredibly persecuted, like the job discrimination they experience is incredible. The stigma from their communities and their families still exists. They can’t marry. They can’t adopt. So, where is this sense of threat coming from? It’s a very misleading conception of who deserves protection,” said Parmanand.

Straight people have their own SOGIEs as well, making the SOGIE bill applicable to their own rights, too. But Parmanand pointed out that since the “default” seems to just protect heterosexuals, there is a need to address this in a “precise and explicit manner” through the SOGIE bill.

LGBTQ+ rights group Bahaghari also said in a statement that the current reality is that women and LGBTQ+ persons are “persecuted in a patriarchal, macho society like ours.”

According to Parmanand, the continued stigma and discrimination against LGBTQ+ individuals in the Philippines is part of a “global wave” of anti-queer pushes across the world.

In the US, for instance, there are several proposed bills in different states seeking to prohibit schools from discussing topics on SOGIE. Lawmakers in Hungary have ended legal gender recognition for transgender and intersex people, amended their constitution to define marriage as a heterosexual union, and limited same-sex adoption.

Parmanand, who follows the debates on the SOGIE bill in Congress, said using religious freedom has become a “concerted strategy” to protect conservative interests.

“They’ve gotten so good at co-opting the language of human rights…. So, what [former Senate president] Tito Sotto said to describe the SOGIE bill was it’s a class action set of laws that protects only one group of people. That is their new strategy – [to imply that] SOGIE [rights are] special rights which are unfair to heterosexuals,” she said.

“The right to religion is really powerful because it’s such a robust right and there’s so much jurisprudence around it. It’s really protected, and it’s such a good shield for them.” – Rappler.com