“I wish they would refrain from making these recommendations publicly,” said Roque on Tuesday, October 13, during his regular Malacañang press briefing. 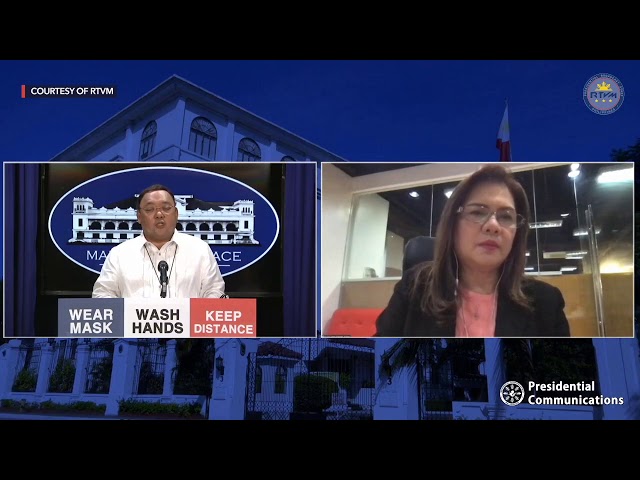 “They can probably endorse or course their recommendations privately to the IATF so as not to preempt, highlighting the fact that classifications are normally announced [by] no less than the President himself,” said Roque.

He then said the Octa group does not have as many epidemiologists as the team of experts consulted by the Inter-agency Task Force on Emerging Infectious Diseases (IATF-EID).

“I understand although they have one or two epidemiologists, it’s still not the same number of experts working with the IATF,” said Roque.

He made his remarks about the Octa group after he was asked whether or not the government would consider their findings that an uptick in COVID-19 cases in localities in Batangas, Western Samar, and Cavite merited stricter lockdowns there.

Ranjit Rye, a political science professor and member of the Octa Research Group, said the team will ensure its findings and recommendations will be accessible to the public and the government.

The researchers, he said, affirm their commitment to provide accurate and up-to-date information on the pandemic.

The Octa Research Group, composed of a variety of experts and professors from the University of the Philippines and University of Santo Tomas, has been regularly issuing reports on the COVID-19 situation nationwide and in areas of concern like Metro Manila and Cebu.

In late September, the group had reported a downward trend in coronavirus cases, a finding parroted by government officials.

Oftentimes, the government itself highlights the findings of the team. Members of the group have been invited to Laging Handa, a program on state-run PTV that is focused on pandemic updates.

But by and large, the research group’s reports have provided the public with invaluable analysis of pandemic statistics. They are among citizens’ few sources of information about the health crisis outside of the Duterte government’s own communications and propaganda arm.

The last remark Roque made about the Octa group that landed in headlines was when he ecstatically proclaimed “victory” over the researchers’ projection that coronavirus cases would reach 40,000 by end-June.

Apart from being Duterte’s spokesman, Roque is also the coronavirus task force spokesman and heads its “strategic communications” group. – Rappler.com