STREAMER. A photo of the signage put up in Aparri sent by the letter sender to Rappler on Sept. 5.

Facebook Twitter Copy URL
Copied
‘The dredged materials are shipped out of the country, per MOA. How they are marketing it, disposing of it, is the call of the dredgers already,’ says the DENR director in Cagayan Valley

The river dredging projects of the Cagayan provincial government, touted to mitigate flooding and rehabilitate the Port of Aparri, is but a cover for black sand mining, according to environmentalists and the mayor of the town. 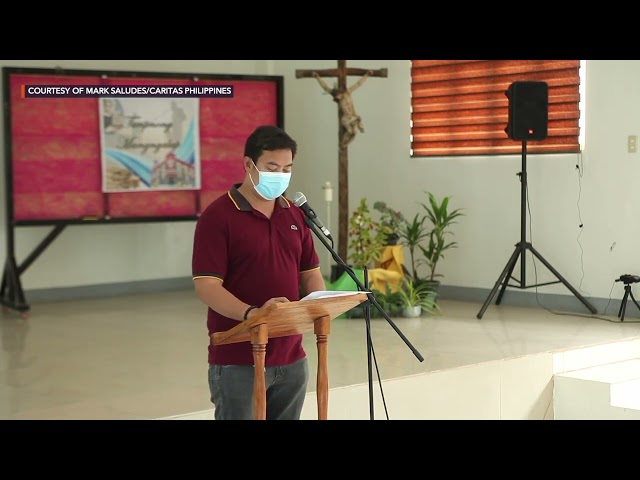 In an online event, Salakniban Cagayan described the “restoration” of the Cagayan River as a false project masking the plunder of natural resources.

Cagayan Governor Manuel Mamba had challenged critics to prove their allegations or he would vacate his seat.

“If they can prove that it is black sand mining, I will resign as Governor,” Mamba said in an interview with Rappler in September.

He’s been saying this for years whenever he’s asked about the allegation.

Concerned citizens shared with Rappler photos of supposed mining activities “at the mouth of the river and in coastal areas” supposedly done under the Cagayan River Restoration Program. The magnetite or black sand is then allegedly loaded onto a ship and brought to China.

The Salakniban Cagayan shared the concerns, saying that black sand mining in Aparri continued, covered up by the operations of two firms that bagged the Cagayan River Restoration Project.

For years, lawmakers and residents of affected localities have been sounding the alarm about receding shorelines in various areas in Ilocos Region, Cagayan Valley, and Central Luzon due to massive magnetite extraction.

The dredging project is part of the Cagayan River restoration program. Mamba chairs the supervising inter-agency committee that includes units of the Department of Environment and Natural Resources, and the Department of Public Works and Highways. 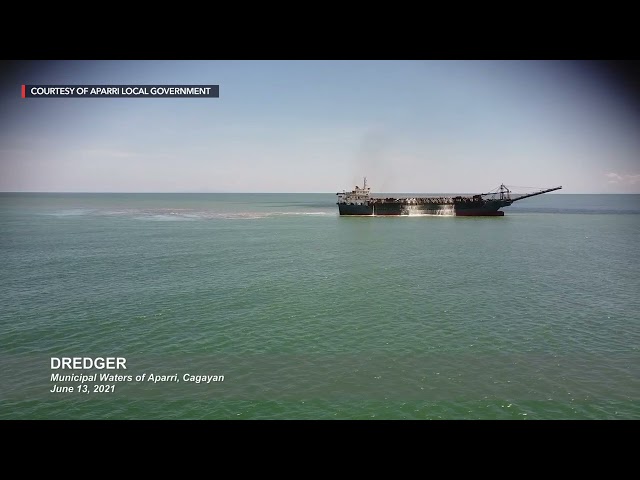 The committee signed a memorandum of agreement with two companies to do the dredging:

A third company, Magnacorp, also signed a MOA, but “doesn’t have a notice to proceed to operate yet,” said DENR Cagayan Valley Regional Director Gwendolyn Bambalan.

Bambalan said GRNC and RCI were given a second MOA to establish a navigational channel where the ship could pass through.

The MOA commits the government to conduct a survey of non-metallic and metallic resources on the dredging zone and help the private firms acquire necessary permits.

The dredging firms do not receive any government funding. They need to report any findings of precious metals or objects. The MOA also bans the processing of dredged material and directs disposal outside of Philippine territory.

Each firm had to post a P20-million cash bond in trust for the river restoration project, to ensure compliance with environmental and other laws and regulations.

Bambalan insisted that the primary objective for the restoration project is to prevent black sand mining.

A  monitoring team composed of representatives from provincial governor’s office, DENR, and the DPWH conducts regular inspections on dredging activity, she added.

“Categorically, there is no black sand mining. What happens is, the dredged materials are shipped out of the country, per MOA. How they are marketing it, disposing of it, is the call of the dredgers already,” Bambalan told Rappler in a mix of English and Filipino.

Environmentalists see the disposal clause as a loophole.

Governor Mamba said the conditions under the MOA were meant to prevent black sand mining, which the previous administration allowed.

“There may be black sand in what they extract, but they are not processing anything there because…what we want [is] to dredge and mitigate the flooding in the province, secondarily to open the port in Aparri,” the governor said.

He also said no foreign companies are in control of the dredging, as only Filipino-owned and controlled companies are eligible for the project.

No permit from Aparri LGU

Mayor Chan said he did not issue a mayor’s permit for dredging or mining. The names of two firms holding memorandums of agreement for dredging do not appear in the town’s database either.

He also raised the possible under-declaration of the value of the natural resources being dredged.

“They applied for general engineering service. Where are the dredging and mining permits there? We can’t even be sure about that mayor’s permit because it is not in our database, the company’s name doesn’t appear there,” the mayor said in a mix of English and Filipino.

Chan said his office had collated evidence on black sand mining around the Cagayan River in preparation for the creation of a multi-stakeholder resource committee to protect, manage, and conserve the river. – Rappler.com