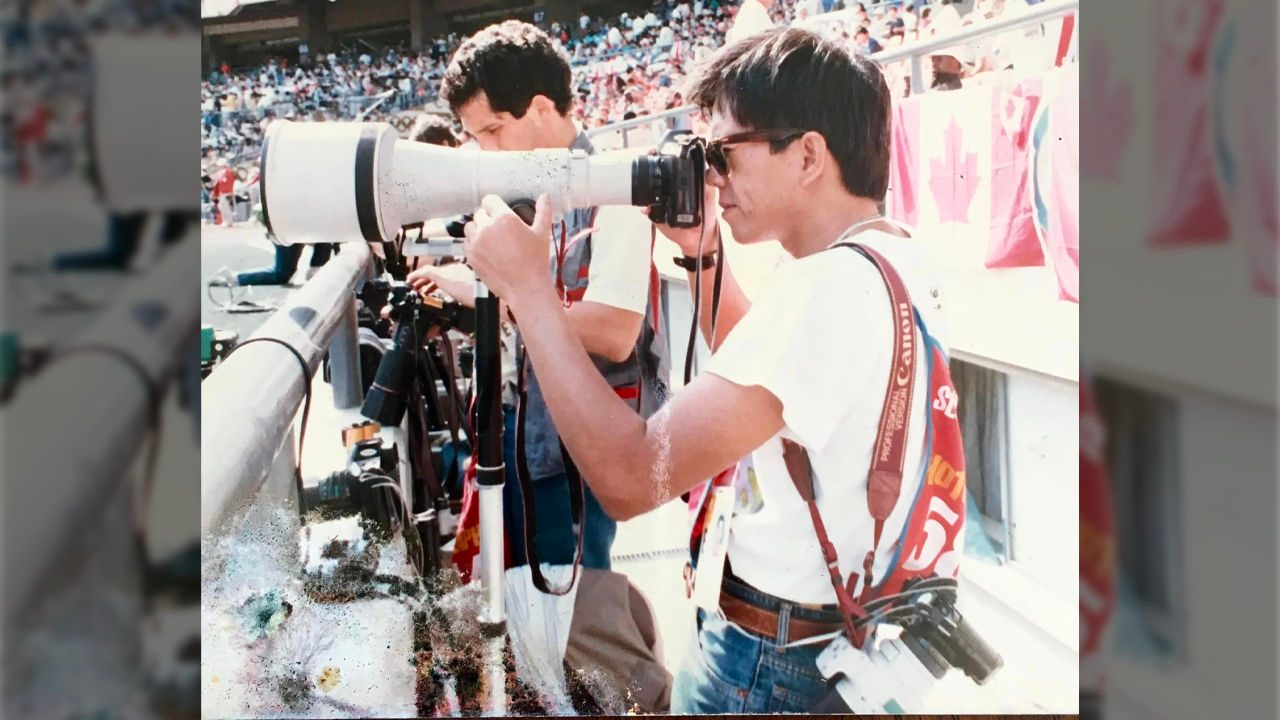 A photojournalist for more than three decades, Calderon contributed to several publications of the mosquito press during Martial Law years, including Philippine Signs, Midweek, and Mr. and Ms. He later became a photographer for Time Magazine.

Speaking to the Philippine Star in 2012, Calderon said of his work: “This stint brought me to all kinds of coverage in Asia – from conflict to the Olympics. Now, I’m doing feel-good photography such as nature. I’m back to photographing my family – especially the movements, activities, and milestones of my [then-] 9-year-old daughter. My life has come full circle.”

News of Calderon’s passing rippled through the journalism community, with many offering tributes to the man known fondly as the “Panginoon” (God) of Philippine photojournalism.

“He was like no other, on that point there was general agreement between those who loved him deeply and those whom he made very uncomfortable,” broadcast journalist Ed Lingao wrote in a Facebook post. “Melvyn Calderon, the “panginoon” of Philippine photojournalism, has gone on to meet the Great Photo Editor in the sky.”

Pulitzer-prize winning journalist Manny Mogato praised Calderon as one who was generous, “and had no bad word to say to everyone except to the people in power who stole from the government and abused ordinary people.”

Mogato also recalled the courage of Calderon, who was at the center of anti-Marcos protest and history-making events.

“While reporters can stay from a safe distance, photojournalists have to be in the thick of a violent demonstration or armed conflict. Melvyn was in the front seat of history but he was generous and brotherly (and) caring. I remember him cooking for hungry journalists covering the Abu Sayyaf in the south,” he said in a Facebook post.

Calderon was a political prisoner during Martial Law, subjected to a warrantless arrest shortly after its declaration.

“He had conviction and stood on his principles of justice, rule of law and human rights. He was not afraid to say things against human rights abusers and plunderers. He even went to jail fighting for his principles,” Mogato said. “Perhaps, his “Panginoon” name was appropriate for his character – a defender of truth, justice and public interests.”

It was in Jolo, Sulu, where New York Times correspondent Jason Gutierrez would first meet Calderon, whom he remembered as colleague who always looked out for fellow Filipino journalists.

Gutierrez and Calderon had been covering the Abu Sayyaf, with Calderon known as the “go-to manong negotiator” for Filipinos who were hired as guides for foreign groups parachuting to cover the Abu Sayyaf’s kidnappings.

“I remember he got into a shouting match with the BlackStar photographer whom he banished outside the Peacekeepers Inn compound where journalists stayed. At one point, during a scrum after one of the hostages were freed, the bigger foreigners were winning the elbow match. A monopod suddenly emerged and hit an American on the head. No one new who did it. But Melvyn had a naughty smile,” Gutierrez shared.

“That was Melvyn. He absolutely hated it when Filipinos get screwed,” he added.

Veteran journalist Howie Severino recalled a conversation he had with Calderon over a year ago, when the photojournalist had called him up, “brimming with enthusiasm about another idea for a project.”

“It must have been a noble and ambitious idea because I had attended the opening of one his brightest brainchildren, a bold and powerful multimedia art exhibit at the FEU campus five years ago about impunity and the drug war, with the participation of many of Melvyn’s friends who were artists, photographers, writers, and journalists. Duterte’s drug war then was not even a year old, and the project must have been months in the making, pushed no doubt by Melvyn’s zealous ribbing,” Severino said.

“He was a political prisoner, an activist, a rebel, a photographer and to a great extent – an artist. He was a mentor and a dear friend,” Alindogan said. “Rest in power, Heneral. That’s what we called him. Many others called him Panginoon.”

Award-winning writer and activist Jose Dalisay also paid tribute to Caledron’s energy, praising him as a “very fine photographer” and adventurer. Dalisay and Calderon had worked together on several book projects.

“I think about Melvyn’s artistry and zest for life, his deep commitment to his country and his craft, and how much more challenging and difficult – and, yes, fun – it must be for photographers like him to take all these big words and ideas lumped up in our heads and to turn them out in a shot,” Dalisay said.

Photographer Joe Galvez described Calderon as a “legend” whose craft was widely respected among photographers.

(You’re a legend among photographers whose work is revered and respected. Your early passing will be mourned in our ranks. You will forever be in our memories, Melvyn.)

Calderon’s wake will be at the Arlington Memorial Chapels and Crematory on Araneta Avenue until Tuesday morning, August 16. His inurnment will be on Tuesday, 12 noon, at the Garden of the Divine Word Columbary, Christ the King Church in Quezon City. – Rappler.com