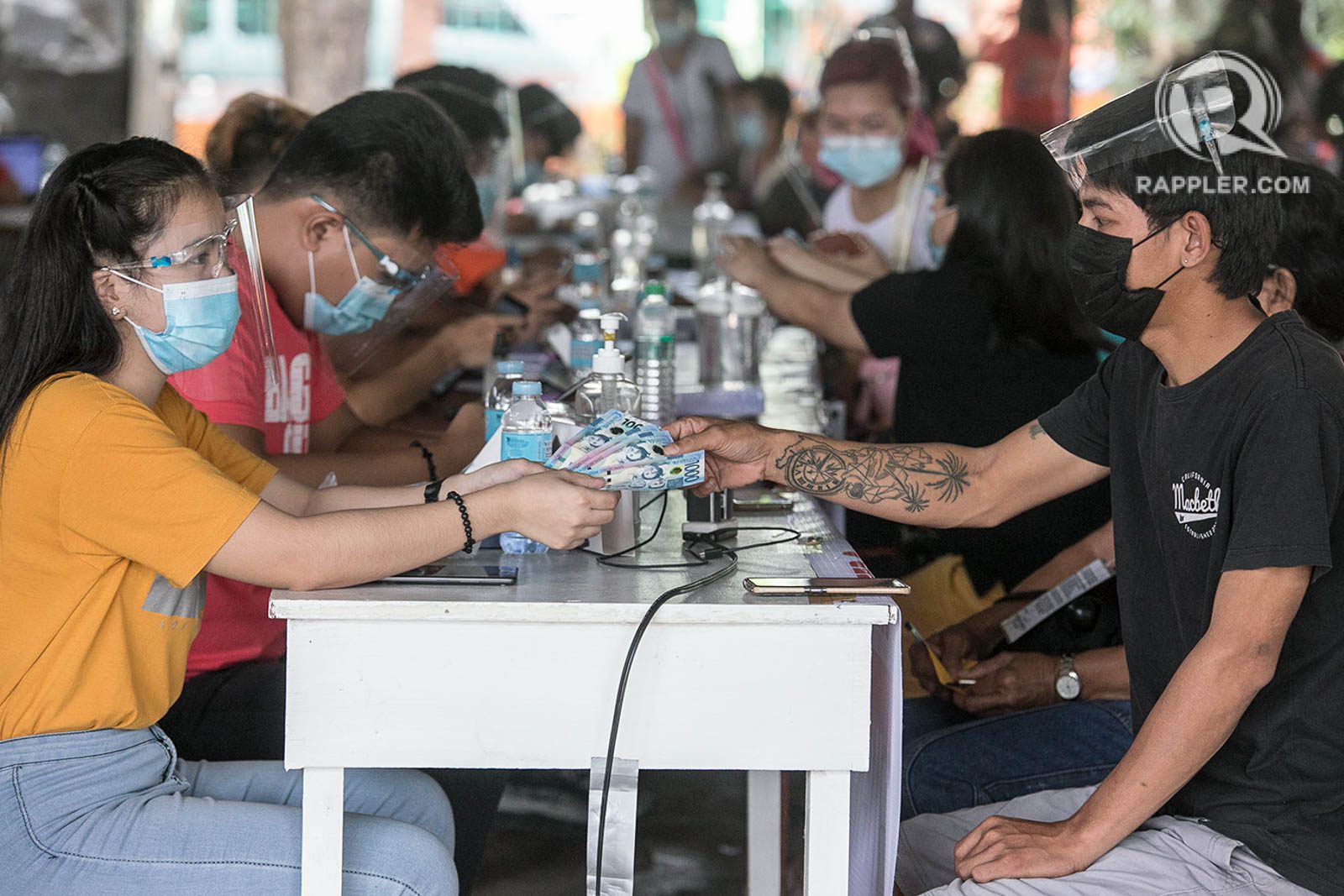 Barangay San Jose, Caloocan City beneficiaries receive their P4000.00 emergency fund assistance or ‘ayuda’ from the national government during a distribution at a barangay covered court on Wednesday April 7, 2021.

Local government units (LGUs) under the Enhanced Community Quarantine (ECQ) began the distribution of supplemental aid to qualified residents affected by the country’s most stringent form of lockdown this week.

Some 22.9 million low-income individuals are entitled to P1,000 worth of cash or in-kind assistance from the P22.9 billion in left over funds from the Bayanihan to Recover as One Act.

The nation’s capital, Manila, was the first to kick off the distribution of the financial aid to residents on Tuesday, April 6. The city LGU received P1.5 billion worth of supplemental aid from the national government on Monday.

Distribution of supplemental aid in Quezon City and Caloocan also began Wednesday. Not more than 2,000 beneficiaries were invited to each distribution center to ensure physical distancing was observed.

In Navotas, a technical error in the payroll system removed the head of household from the list of beneficiaries, resulting in some families receiving a thousand pesos less than the amount they should get.

“Inaayos po natin ang payroll para maibigay sa mga pamilyang apektado ang P1,000 na kulang. Humihingi kami ng paumanhin (We are fixing the payroll so that the additional P1,000 will be given to affected families. We are sorry),” Tiangco said in a statement.

In Pasig City, Mayor Vico Sotto asked for patience, saying it may take a number of weeks before all residents receive cash assistance.

Other cities that started distribution of cash assistance on Wednesday include Taguig City and Parañaque.

Budget Secretary Wendel Avisado said on March 29 that only 80% of low-income individuals are covered by the “ayuda” or supplemental aid for the first week of the Enhanced Community Quarantine, which took place from March 29 to April 4.

While the ECQ was extended for another week, Avisado had said that there would only be a one-time cash assistance.

Economists have warned that meager cash aid to poor households may force people to leave their homes during the strict lockdown in Metro Manila, Bulacan, Rizal, Cavite, and Laguna, collectively known as “NCR Plus.” – Rappler.com