Isko Moreno to give P100,000 to Manila barangays with no new COVID-19 cases for 2 months 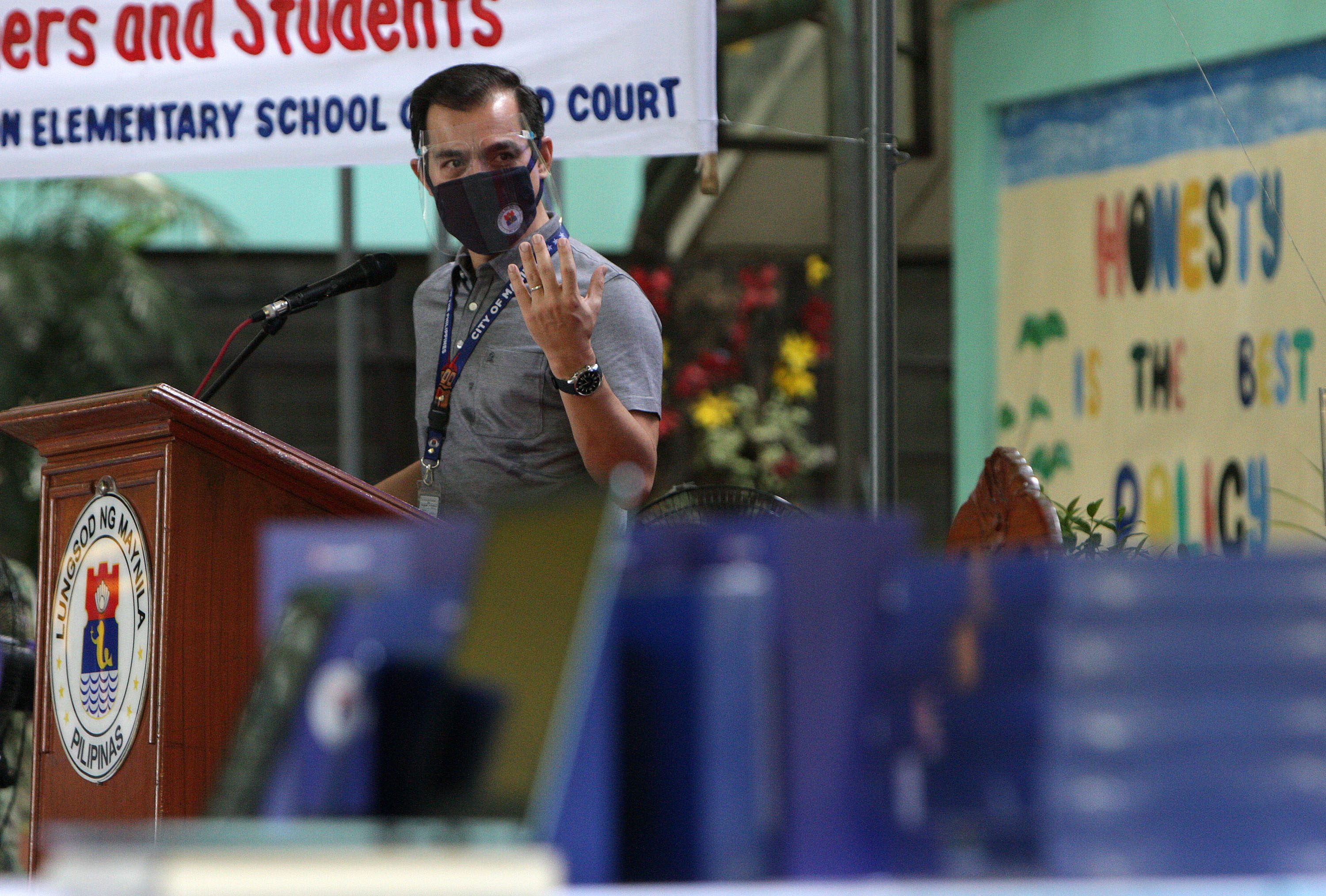 Manila Mayor Francisco "Isko Moreno" Domagoso hands out some laptops and tablets beneficiaries of Aurora Quezon Elementary School in San Andres, Manila on Wednesday, August 26, in preparation for the online school of their students. Photo by Ben Nabong/Rappler

Manila Mayor Isko Moreno will give a P100,000 “incentive” to any barangay in the city that will have no new COVID-19 cases from September 1 to October 31.

Moreno, who made the announcement on his Facebook page on Monday night, August 31, said he ordered Vice Mayor Honey Lacuna to allocate P89.6 million for the city government’s incentive program.

The mayor said officials of the successful barangays will be given certificates of recognition for their effort.

Some Manila, residents, however, took to social media to expressed their concern that this kind of approach may lead to underreporting of cases in the barangays.

On Facebook and Twitter, netizens called on Domagoso to reconsider the “ill-advised” approach of the Manila city government.