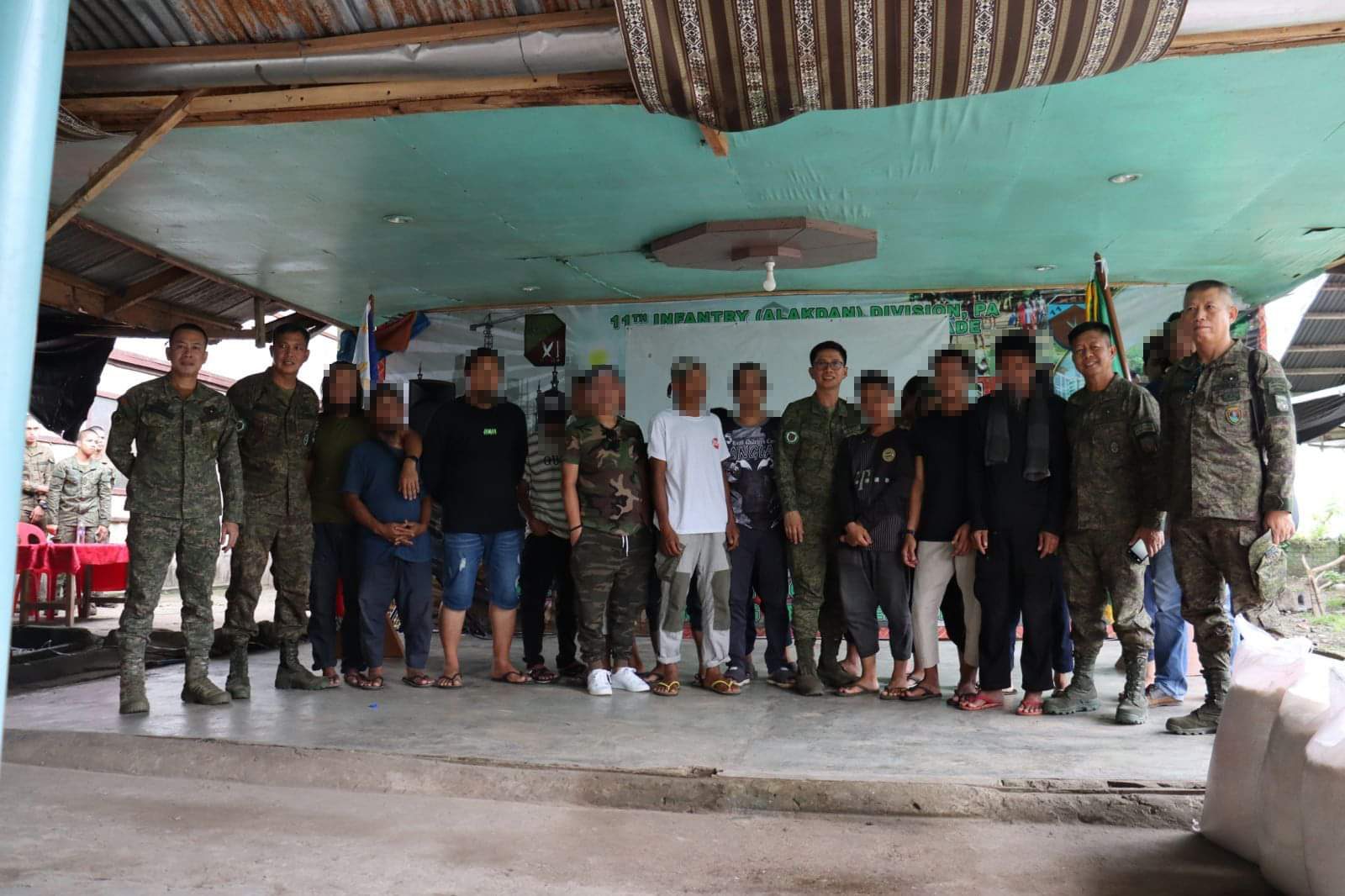 SURRENDER. Abu Sayyaf surrenderers are presented in Patikul, Sulu, during their surrender on January 8, 2023.

ZAMBOANGA, Philippines – The leader of the Dawlah Islamiyah-Abu Sayyaf Group (DI-ASG) in Sulu province and nearly two dozen of his followers laid down their arms and surrendered to the military on Sunday, January 8.

Rojas said DI-ASG leader Majid Said, also known as Amah Pattit, turned himself over along with 20 others to Brigadier General Benjamin Batara Jr., the commander of the 1103rd Infantry Brigade.

Said was named by the Anti-Terrorism Council as one of the five most wanted terrorists in the southern Philippines. ASG subleader and bomb maker Mudrimar “Mundi” Sawadjaan, who was allegedly behind the bombing of the Jolo Cathedral in January 2019, is his uncle.

“We were anticipating [the surrender] because of the well-integrated civil and military strategy of the campaign plan,” Rojas said.

He earlier said most of the provinces in Western Mindanao and the Zamboanga Peninsula were nearly Abu Sayyaf-free because of the intensified military campaign and pressure, and the dwindling local and international support the jihadist and pirate group has been receiving.

The government, said Rojas, was able to isolate the extremist group with the freezing of assets by the Anti-Money Laundering Council, and the Philippine Army brigade in Sulu succeeded in preventing its recruitment efforts.

“We have long worked for this. We started seeing positive results as early as March and April last year. That’s why we doubled our efforts to reach out through various means and convince them to return to the fold of the law,” said Batara.

Wesmincom spokesman Lieutenant Colonel Abraham Sirajan said the surrenderers would be able to access the government’s Balik Loob program. This would entitle them to aid such as technical education and skills development, livelihood, social welfare benefits, and sustenance for a few months.

The military in Sulu and the local government of Patikul have provided them with initial food and financial assistance.

The military said the surrenderers were undergoing debriefing and were temporarily relocated to Barangay Timpok, Patikul.

“We are hopeful that the Abu Sayyaf Group in Sulu will soon be gone so that peace and order in the province can be fully restored,” Rojas said. – Rappler.com