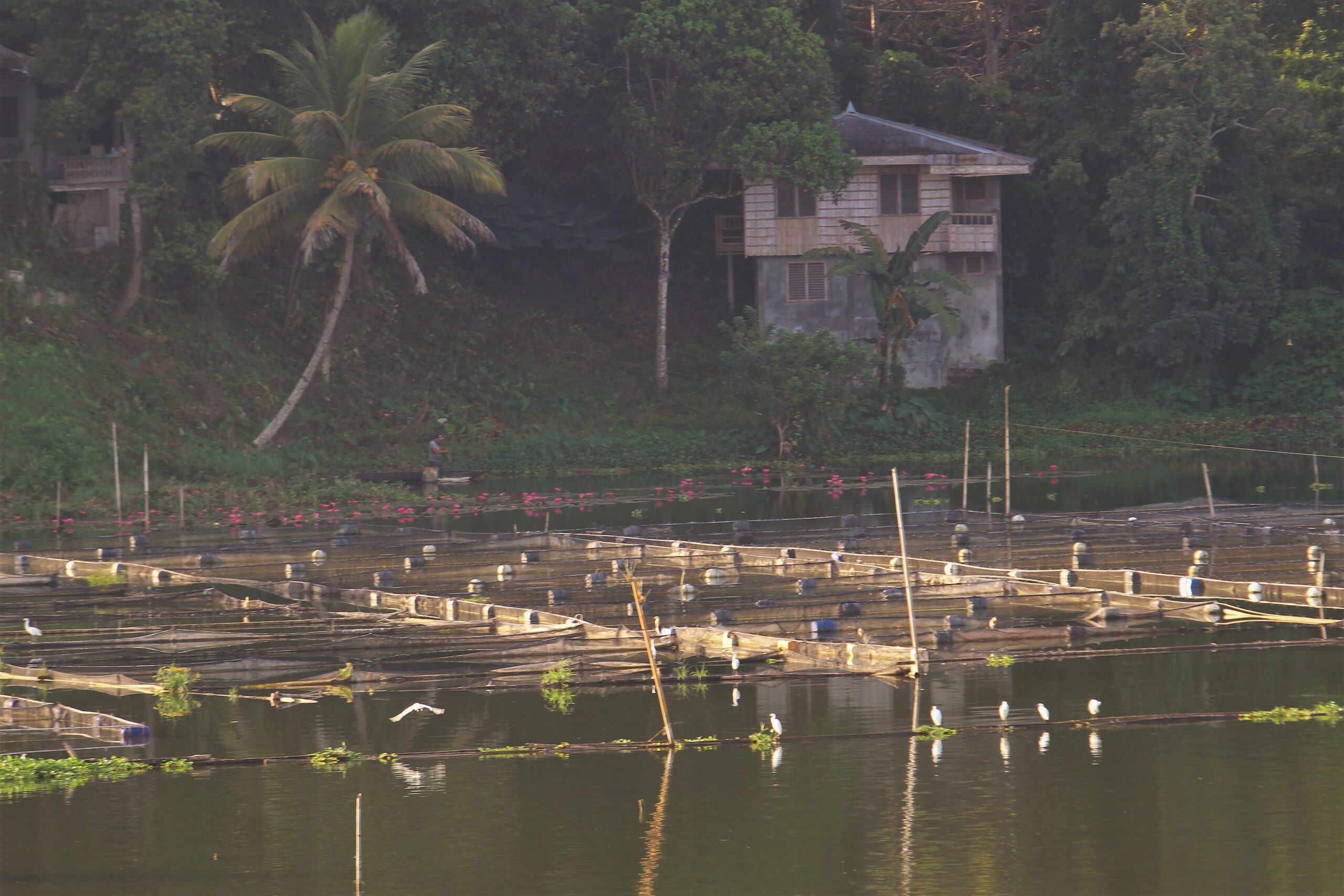 BIRDS ON CAGES. Egrets flock for food on fish cages at Lake Sebu in this 2022 photo.

Facebook Twitter Copy URL
Copied
Over 140 tons of tilapia are lost as a result of a January 12 fish kill, just two weeks after a similar incident affected two villages in South Cotabato

GENERAL SANTOS, Philippines – Lake Sebu’s fish pen operators have so far incurred losses of at least P10 million when their tilapia cages at the scenic lake in South Cotabato were hit by fish kill.

Over 140 tons of tilapia have been lost as a result of the January 12 fish kill – called “kamahong” in the T’boli tribe – just two weeks after a similar incident affected two villages in the area.

Deputy lake warden Jose Rudy Muyco blamed the ongoing bad weather for the phenomenon. He said the lack of sunlight is aggravating the situation in the lake, which environmentalists and experts consider as a dying lake.

Muyco noted that the lake needs photosynthesis to thrive, a process that benefits not only tilapia and other fish, but also plants and algae in the lake. He also explained that kamahong occurs when dissolved oxygen is depleted in the more than 350-hectare Lake Sebu.

The ongoing kamahong has affected 143 fish pen operators with 1,340 fish cages, around 30% of the total number in the lake. These fish cages account for 1,530 loads of fingerlings worth around P2 million.

Muyco warned that the situation may worsen if the weather does not improve, with dead fish floating all over the lake. The fish cages near the town center have been hit the hardest.

Many in Lake Sebu rely on the tilapia trade and the domestic tourism industry, which is particularly popular at this time of year, according to Muyco.

Lake Sebu is the largest of the three lakes in the town and home to more than 5,000 fish cages, mostly for tilapia, which occupy about a third of the lake’s area.

Kamahong happens yearly, but it has become more frequent in recent years despite efforts to conserve the lake, according to Mayor Floro Gandam.

The Provincial Development Council (PDC) in South Cotabato has proposed the creation of the Lake Sebu Development Authority, an autonomous body that would supervise and regulate economic activities within the lake.

Sigfred Flaviano, provincial environment management officer, said that what Lake Sebu needs is a self-governing body with a mandate to oversee and manage environment programs that will ensure the conservation, protection, and development of the lake.

About a decade ago, the Bureau of Fisheries and Aquatic Resources (BFAR) recommended the dismantling of the excess fish cages, but despite this move, the number increased.

Experts see the overcrowding of fish cages as a major factor in the deterioration of the lake’s ecosystem, as it leads to more waste and debris from excess fish feeds settling at the lake’s bottom.

Aside from kamahong, there have been fish kills in the past that were traced to increased levels of sulfur and other chemical wastes coming from the banks of the lake, which are mostly lined by resorts and houses. – Rappler.com