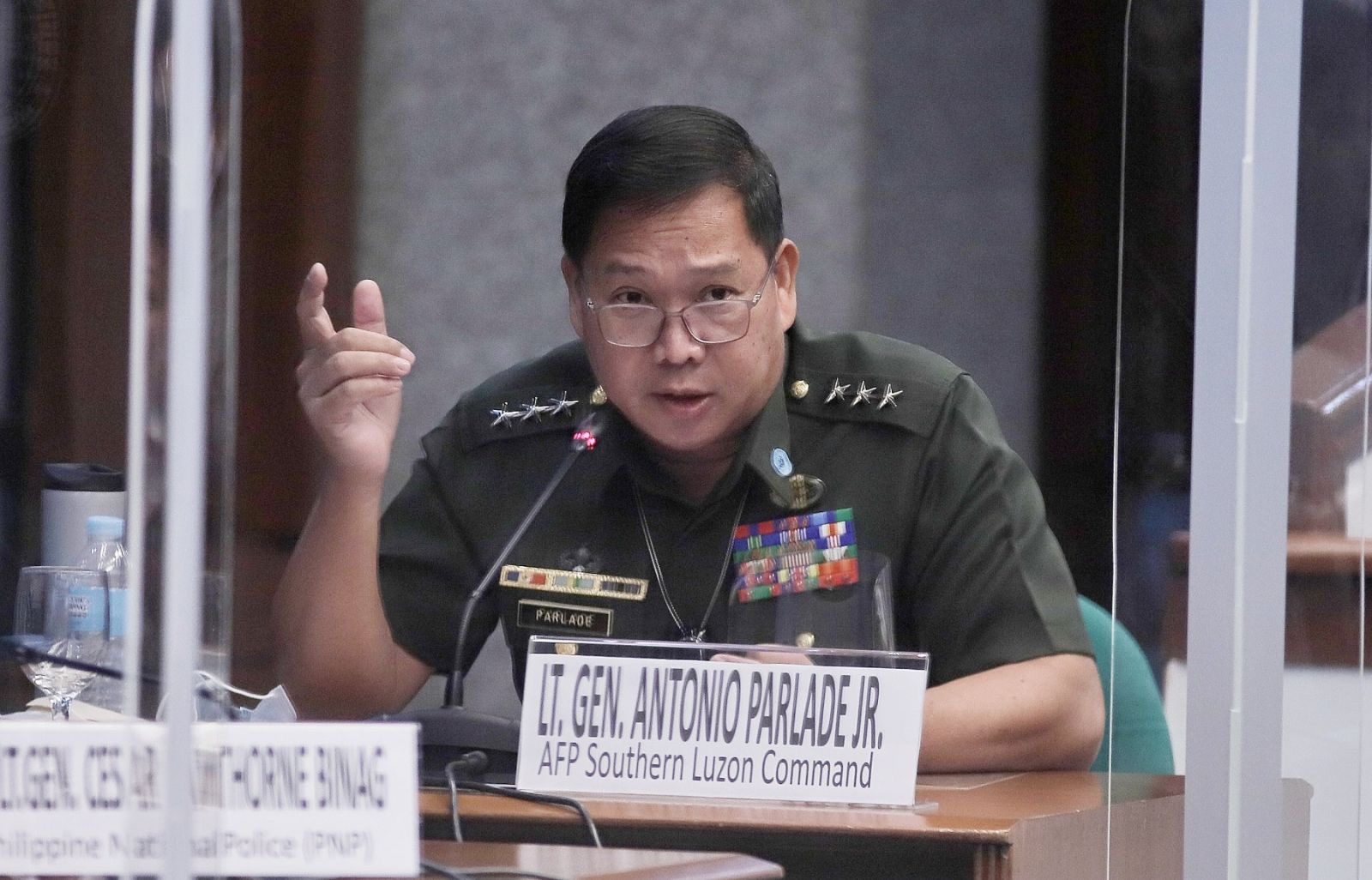 During the session on Wednesday, Senate Minority Leader Franklin Drilon proposed an amendment to remove Parlade because of the “potential conflict between the policies of NTF-ELCAC and the mandate of the security sector by engaging a spokesperson who does not hold concurrent mandates in the security forces.”

Drilon cited Article 16, Section 5 of the 1987 Constitution, which states, “No member of the armed forces in the active service shall, at any time, be appointed or designated in any capacity to a civilian position in the government, including government-owned or controlled corporations or any of their subsidiaries.”

The initial committee report only suggested the creation of proper guidelines to prevent the red-tagging brought by “misunderstanding between the public and the military.”

During Wednesday’s session, Lacson emphasized that the NTF-ELCAC is a civilian task force.

“The NTF-ELCAC is not a military task force, it is a civilian task force precisely tasked or mandated to attend some development projects in cleared barangays – meaning cleared of insurgents,” he said.

Lacson earlier pointed out that Parlade’s appointment to a civil task force could be illegal.

The Senate also adopted an amendment from Drilon which moves to criminalize red-tagging.

Parlade has been under fire for red-tagging government critics, including celebrities.

In February, the Armed Force of the Philippines (AFP) launched a probe into Parlade for red-tagging Tetch Torres-Tupas of Inquirer.net over a report on two Aetas charged with terrorism.

On October 21, 2020, Parlade red-tagged actress Liza Soberano in a message posted on the NTF-ELCAC’s Facebook page, after Soberano joined an online activity of Gabriela Youth.

He had also red-tagged actress Angel Locsin and Miss Universe 2018 Catriona Gray for being vocal about their advocacies and for supporting human rights groups.