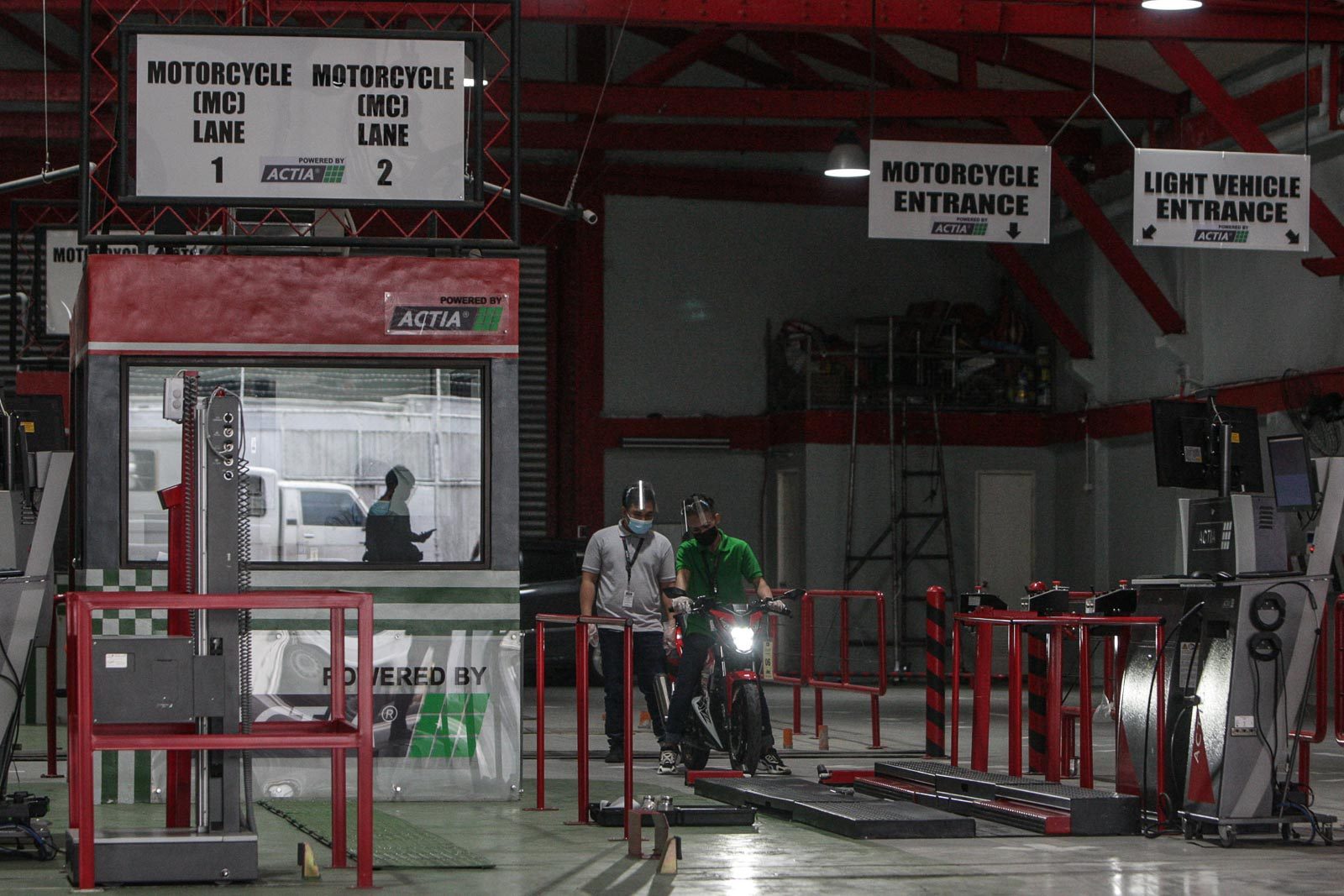 MVIC. Workers from a inspection center check a vehicle's performance inside their shop in Manila on Wednesday, February 10, 2021.

Specifically, Tugade ordered a halt on the implementation of an LTO memorandum that would require MVIC testing in the so-called “geographic areas of responsibility.”

This means that MVIC tests should only be done in areas where vehicles are to be registered, except in Cordillera Administration Region, Caraga, and Bangsamoro Administrative Region of Muslim Mindanao.

The Department of Transportation (DOTr) on Tuesday, August 24, said that the requirement is suspended “until the GAOR issue is resolved.”

Later on Tuesday, the Senate adopted an unnumbered resolution condemning the return of MVIC test. The chamber said the revival of the controversial vehicle check was “in blatant disregard” of Poe’s committee report which recommended to make the system not required in car registration.

“It’s important that we ratify this because… even if we have the committee report that we already agreed upon, sometimes, other departments will just go ahead after a few months and go back to their old style of reimplementing something that we already objected to,” Senator Grace Poe said Tuesday.

Poe, Senate public services chair, slammed DOTr on Monday, August 23, for the planned resumption of MVIC checks, plus the implementation of the so-called GAOR.

Earlier this year, President Rodrigo Duterte himself had ordered a stop to mandatory MVIC checks because its rates are generally higher.

The DOTr also had to ask MVIC owners to lower their rates ranging from P300 to P600 in consideration of the pandemic.

In February, the LTO had made its position known – it still supported the 72-point check done by MVICs over smoke emission tests done by private emission testing centers (PETC) because the latter does not guarantee vehicle roadworthiness. – Rappler.com