Ulysses forces over 350,000 Filipinos to flee their homes 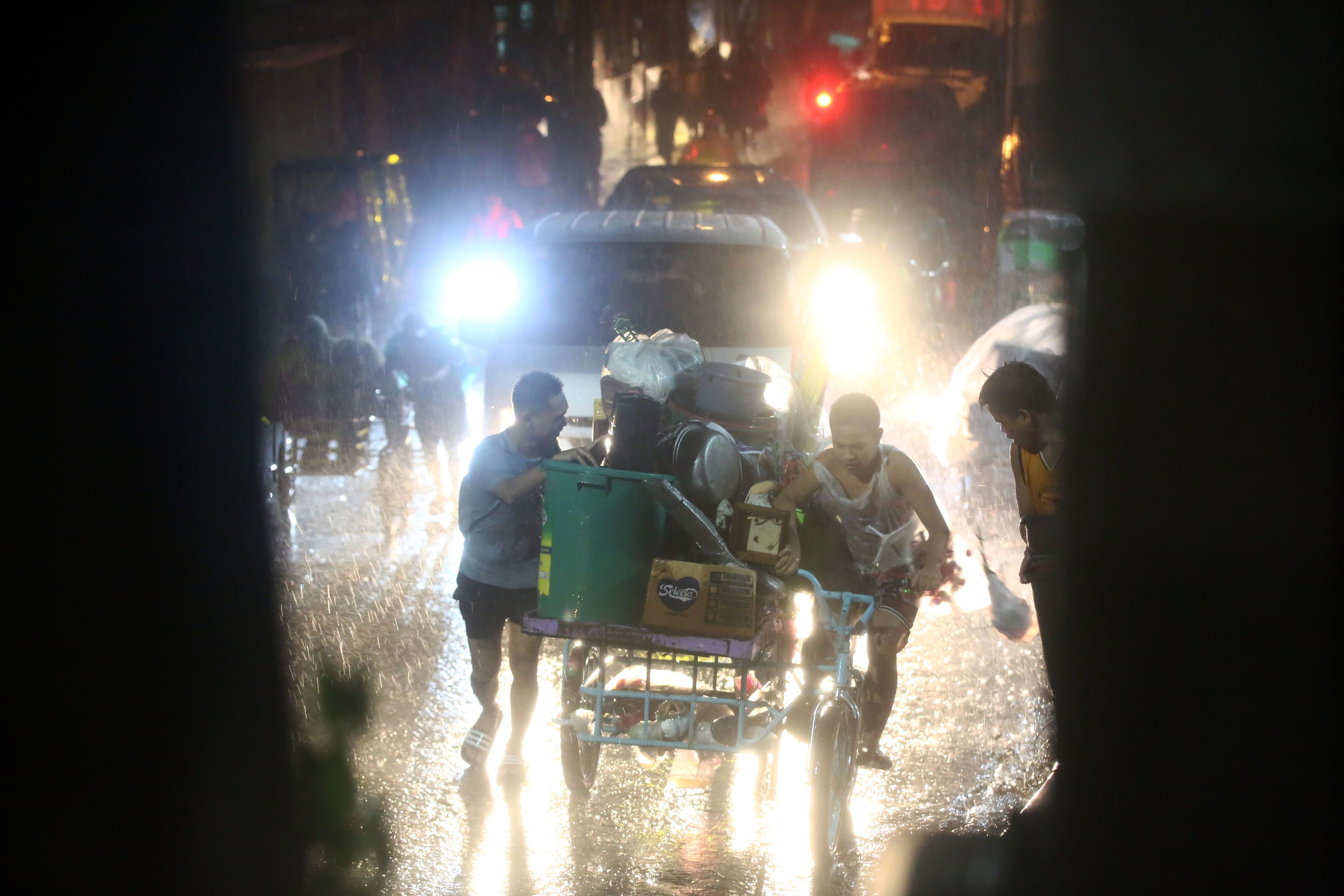 FORCED OUT. Residents flee to higher ground as the Marikina River swells due to continuous rain brought by Typhoon Ulysses on Thursday, November 12.

Over 350,000 Filipinos were evacuated because of Typhoon Ulysses (Vamco), a tropical cyclone that unleashed strong winds and heavy downpour.

In its latest situation report as of 6 pm Thursday, November 12, the Philippine National Police (PNP) recorded 352,509 individuals forced out of their homes in the following regions:

In the same situation report, the PNP counted at least 13 killed and 20 injured across the country in the wake of the typhoon. At least 15 people were missing.

The evacuations were due to the strong winds and heavy downpour brought by Ulysses, which led to massive floods in Metro Manila and surrounding regions.

Many of the evacuees during Ulysses were still reeling from Super Typhoon Rolly (Goni), the world’s strongest tropical cyclone in 2020 which forced almost a million Filipinos out of their homes in early November. – Rappler.com