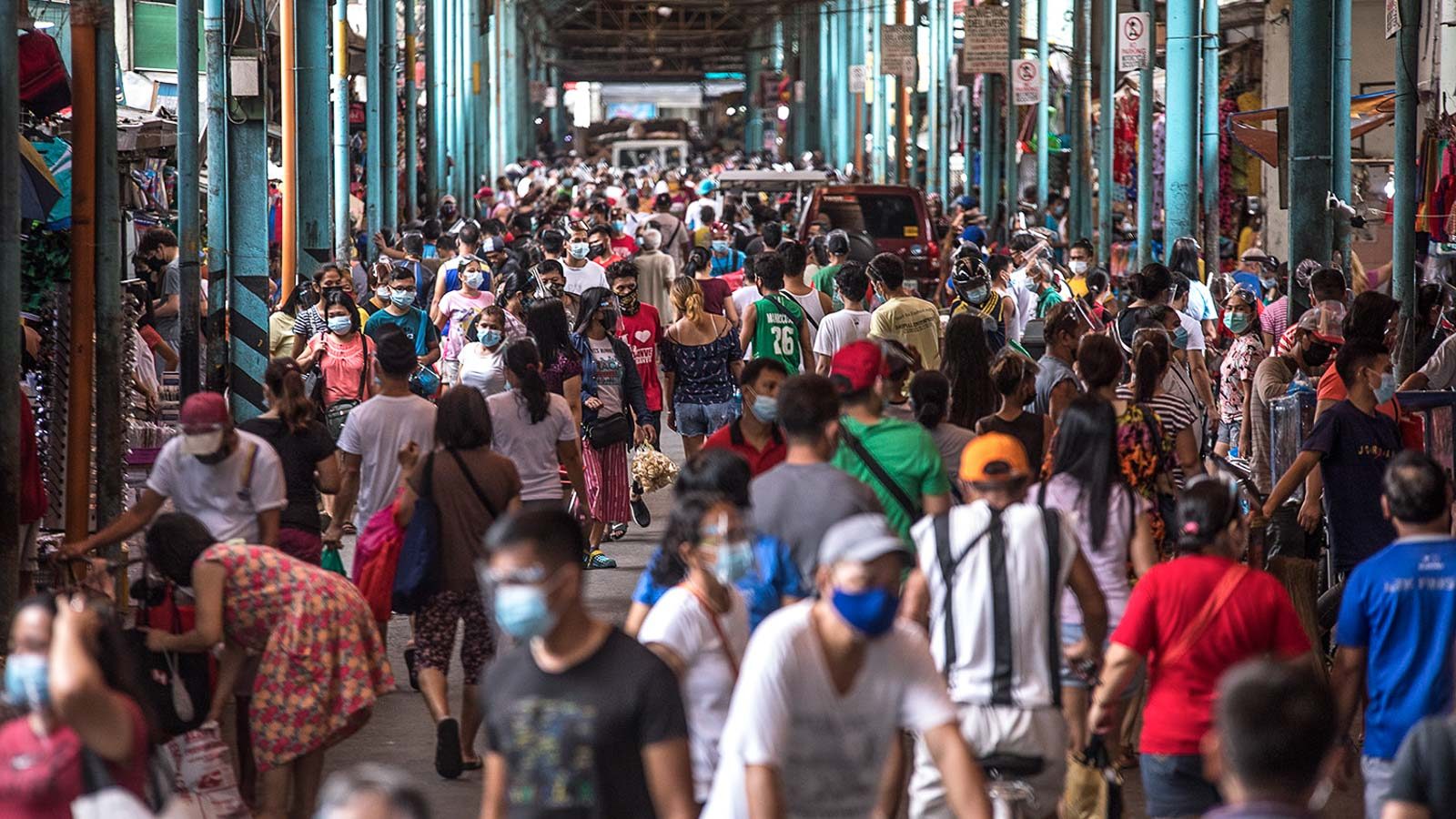 SURGE. Shoppers crowd a market in Marikina City on March 15, 2021, amid the rise of COVID-19 cases in the country.

Facebook Twitter Copy URL
Copied
The group says localized lockdowns may work against 'variant-driven surges, but they are more effective in tandem with expanded testing, contact tracing, and supported isolation'

In their report published on Wednesday, March 17, the Octa Research group said that the capital region reported 2,231 COVID-19 cases on Tuesday, March 16, which represented a 78% increase in new cases compared to a week ago.

The Octa team said that reproduction number (R) – the number of people that one COVID-19 positive case can infect – in Metro Manila is now at 1.96.

Experts have said that the goal is to keep R below 1 to contain virus transmission until a COVID-19 vaccine becomes widely available.

Meanwhile, the daily attack rate – or the percentage of a population that contracts the virus in a given period – in the capital is at 15.9 per 100,000 over the past seven days, which classified the region as high risk.

“As the National Capital Region (NCR) deals with a COVID-19 surge, we need to assess the effects of efforts by the local governments in dealing with the surge in their respective cities,” the Octa team said, noting that localized lockdowns in Pasay and Navotas helped reduce R from 2.4 to 1.8.

“While this is still above 1, this gives us confidence that the localized lockdowns work to some extent. Together with reduced mobility, curfews, stricter implementation of health protocols, and city ordinances, this can help reduce the reproduction number in NCR to more manageable levels,” they added.

NCR projection: Less than 4,000 cases per day by end-March

The Octa team said that if the effects of localized lockdowns and stricter quarantine measures continue, the NCR would have a reduced number of cases by the end of March.

“The result is that the more optimistic scenario could reduce the number of new COVID-19 cases by the end of March to less than 4,000, compared with 7,500 if there are no changes,” they said.

“By mid-April, the model that takes into consideration the city ordinances could lead to 6,000 new cases, compared to 16,000 if current trends continue,” the experts added.

The Octa team, however, said that localized lockdowns may work against “variant-driven surges, but they are more effective in tandem with expanded testing, contact tracing, and supported isolation.”

On Wednesday morning, Dr Alethea de Guzman of the health department’s Epidemiology Bureau said that the surge in COVID-19 cases in the country is now at the same peak level as that from July 2020.

The Philippines has been reporting around 4,000 daily cases in the past days, even hitting 5,404 new infections on Monday, March 15 – the fourth highest single-day tally in the country since the pandemic began.

The spike in cases comes just as health officials announced the detection of a new COVID-19 variant in the Philippines called P3.

Though health officials said it was “not identified as a variant of concern (VOC)” yet, Philippine Genome Center executive director Cynthia Saloma said P3 might also be more transmissible than the original version of the SARS-CoV-2, the virus that causes COVID-19. The Philippines has 61,733 active cases. – Rappler.com