Filipino broadcast engineer Louie Maliksi: From a small town to the world 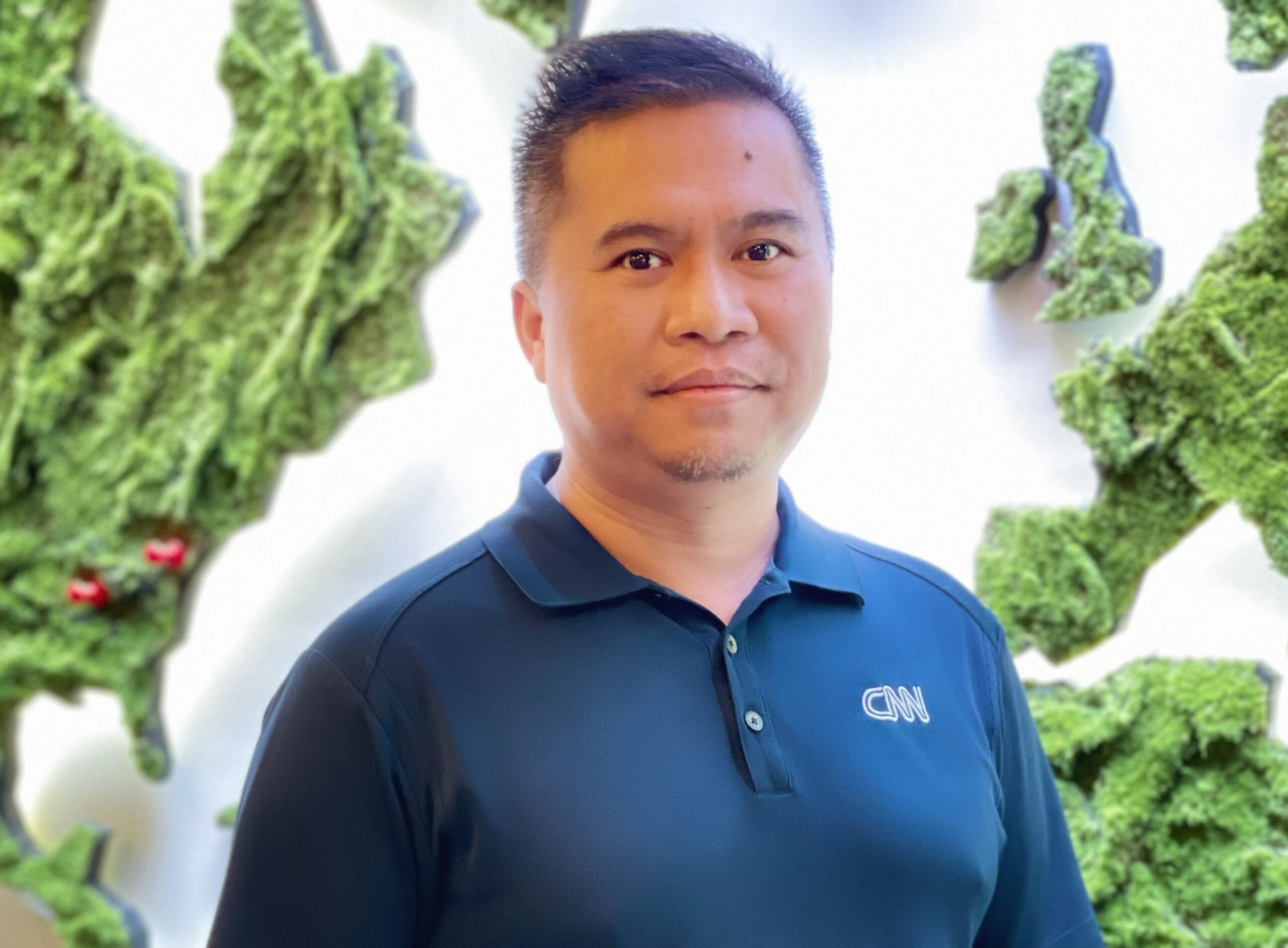 FROM NUEVA ECIJA TO THE WORLD. 43-year-old Louie Mel Cayman Maliksi, a native of Nueva Ecija, now works as a broadcast engineer for CNN.

Facebook Twitter Copy URL
Copied
As a broadcast engineer abroad, Maliksi has been to a lot of places and experienced various cultures

DUBAI, United Arab Emirates – Through the years, it has become a force of habit for 43-year-old Louie Mel Cayman Maliksi to search on the internet the history and culture of the places that the CNN team he is working with would be assigned to.

As a field broadcast engineer, Maliksi, a native of San Antonio, Nueva Ecija, has seen places.

The most recent was Saudi Arabia, where his team was sent to cover US President Biden’s official visit. Prior to that, they covered Queen Elizabeth II’s Platinum Jubilee in the United Kingdom. They also had a monthlong stay last April in Ukraine to cover the war.

With his team, he had covered the 2019 Turkey-Syria conflict, the 2019 Saudi oil attack, Pope Francis’ visit to UAE in 2019, the 2018 United States-North Korea summit in Singapore, the 2017 Iran presidential election, the papal nonclave in Rome – the list goes on.

“I have always slept late to the point where nagsa-sign off na ang mga TV stations (the TV stations are already signing off). Half-asleep, I would hear the names of the professionals who own, maintain, and operate the station,” Maliksi told Rappler, recalling how his adventure-filled career started out for him.

“That sparked my curiosity in broadcast TV. I love watching news and documentaries as a young child – and even now. I’m always fascinated by the stories, people, culture, and places I’ve watched on Discovery Channel, Nat Geo, CNN, ABS-CBN, GMA TV,” he said.

“I told myself I am going to get a job in one of those top media companies, travel the world, and experience new cultures.”

It was not all smooth sailing for Maliksi.

In the beginning, it was a culture shock moving from a quiet Catholic school in Nueva Ecija to an eclectic academic community in the big city: the Mapua University in Intramuros, where he earned his degree in 2001.

During college, there were numbers, equations, and formulas he had to deal with while taking up a course in electronics and communications engineering (ECE). Considering the course’s broad and complex major subjects, Maliksi said it was indeed a feat to pass the ECE board examinations.

“There is no shortage of complex math problems [like] differential equations, fourier transforms, probability and statistics, etc.  All these math subjects have practical applications in the industry and helped me a lot to excel in my chosen field – from satellite tracking and pointing sat dishes to the direction, to audiovisual compression and transmission,” Maliksi said.

Maliksi is a proud father of three children: Ava, 7; Aze, 5; and Arya, 3. His father was also an ECE in the ’80s and ’90s who worked in the Middle East and the Philippines, and is now in the United States as a telecoms engineer.

Beginning of a journey

After passing the board, and with help from seasoned practitioners who taught him the ropes, Maliksi’s journey began.

“Lots of preparations and people helped me along the way. In college, I had a broadcasting instructor, Rizalde Umipig, who was the VP of Engineering at SkyCable and ABS-CBN. He is humble, very knowledgeable, and well-experienced. He inspired me and later helped me move to the Satellite Transmission Department at ABS-CBN,” Maliksi said.

Maliksi’s stint at ABS-CBN from 2003 to 2008 was one that never had a dull moment, he said. He was with the broadcast network’s team during former senator Sonny Trillanes and the Magdalo group’s failed coup in Makati in 2003, also known as the Oakwood mutiny.

There was also the “Hello, Garci” brouhaha caused by former president Gloria Macapagal Arroyo. Maliksi recalled he was “sitting down with Mike Defensor, Malacañang’s chief of staff at the time, listening to the…recording.”

“I analyzed the splices right before GMA broadcast her famous ‘I am sorry,'” he recalled.

He was also with the Kapamilya network during the kidnapping by the Abu Sayyaf of broadcast journalist Ces Drilon and her crew in June 2008.

“Luckily, I was not part of it. Weeks before the kidnapping, we were in Jolo, Sulu, together, when armed men raided our accommodation looking for our news anchor (Ces Drilon). We escaped on a chartered plane,” Maliksi said.

After working with ABS-CBN, he started working for the Government of Dubai Media Office (GDMO), which is responsible for strategic communication plans and the dissemination of official government-related news.

“My Emirati and British bosses were proud of this accomplishment. His Highness Sheikh Mo inaugurated the SNG truck himself,” Maliksi said.

For the meantime, keeping abreast of the latest in communications technologies is a must, Maliksi said.

“It’s a curse and a blessing. We live in an age of information overload. Being an electronics and communications engineer does not make it easier. Since we manage a lot of technologies that TV or online news uses on a daily basis, I have to read and attend seminars or webinars constantly,” he said.

“What helps me a lot is I try to involve myself with a group that shares the same passion in technology and engineering. Being part of professional organizations is a tremendous support. I have a network of professionals easily accessible whenever I need help,” Maliksi added.

Despite this, Maliksi said he still enjoys his work and has yet to entertain the idea of retiring.

“I enjoy what I’m doing now, and my family is here with me in Abu Dhabi. So, not yet, but been wanting to visit loved ones and friends in the Philippines,” Maliksi said.

He said he is not really sure where to retire: “My parents and siblings are in the States. But I have my investments – farm and real estates – in the Philippines.”

Maliksi, from time to time, also provides training. Asked if he would be interested in teaching, he said: “I would love to! If anyone would allow me. One of our CNN anchors (John Defterios) told me I have the talent. I used to train him to be a ‘one-man team’ during the COVID-19 lockdown.” – Rappler.com