The Commission on Audit said the failure of a private remittance service contracted by the Overseas Workers Welfare Administration (OWWA) to provide documents prevented auditors from verifying the distribution in 2020 of almost P1 billion cash assistance given to distressed overseas Filipino workers (OFWs).

The cash assistance program dubbed “DOLE-AKAP for OFWs” was set up to help OFWs displaced by the pandemic. It was a one-time financial aid of P10,000 or $200 to help Filipinos who lost their overseas jobs or have not received salaries due to COVID-19.

In COA’s 2020 audit report of OWWA, the government auditors said the weekly and monthly lists of OFW beneficiaries who claimed the cash aid and the bank account statement of the AKAP program were not submitted. 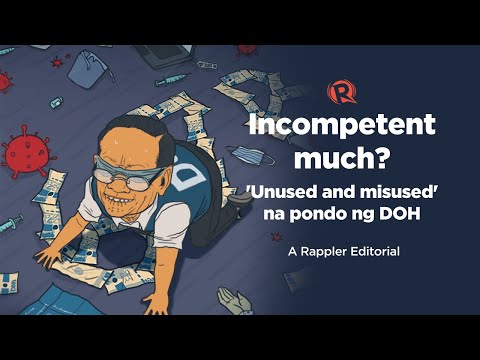 OWWA said its service provider MLhuillier Financial Services did not abide by its commitment under the terms and conditions of its contract.

OWWA management said it has imposed damages on MLhuillier. It had also sent demand letters reminding MLhuillier of its obligations as a government contractor.

COA said it had communicated with MLhuillier and on March 2, 2021 the remittance provider submitted a soft copy of a report proposing a timeline to provide documents the auditors needed.

However, the audit team said MLhuillier reneged on this timeline, preventing auditors from making the required fund verification.

OWWA records showed that the total amount of P999.996 million was transferred to the Land Bank of the Philippines account of MLhuillier in six separate installments. “The audit team requested (for) the weekly and monthly lists of DOLE-OWWA-AKAP for OFW beneficiaries who already claimed their financial assistance. However, AT (audit team) was informed that the required reports were not yet submitted by the SP (service provider) despite repeated demands,” said the government auditors.

The audit team said that the missing documents were important because they were the only means OWWA could determine how much of the funds it transferred to MLhuillier indeed reached the intended beneficiaries.

COA also said it got information that MLhuillier’s Landbank account used for the AKAP distribution was also the same account it previously used for OWWA’s rebate program. This was a complete disregarded a stipulation in its service contract requiring the opening of a separate account.

The auditor said the co-mingling of two different program funds made the task of verifying the implementation of the cash assistance program for OFWs even more complicated.

COA said OWWA should compel MLhuillier to submit the claims records and to refund the balance if any including interest earned. – Rappler.com

COA: OWWA bought sanitary napkins at up to P35 each