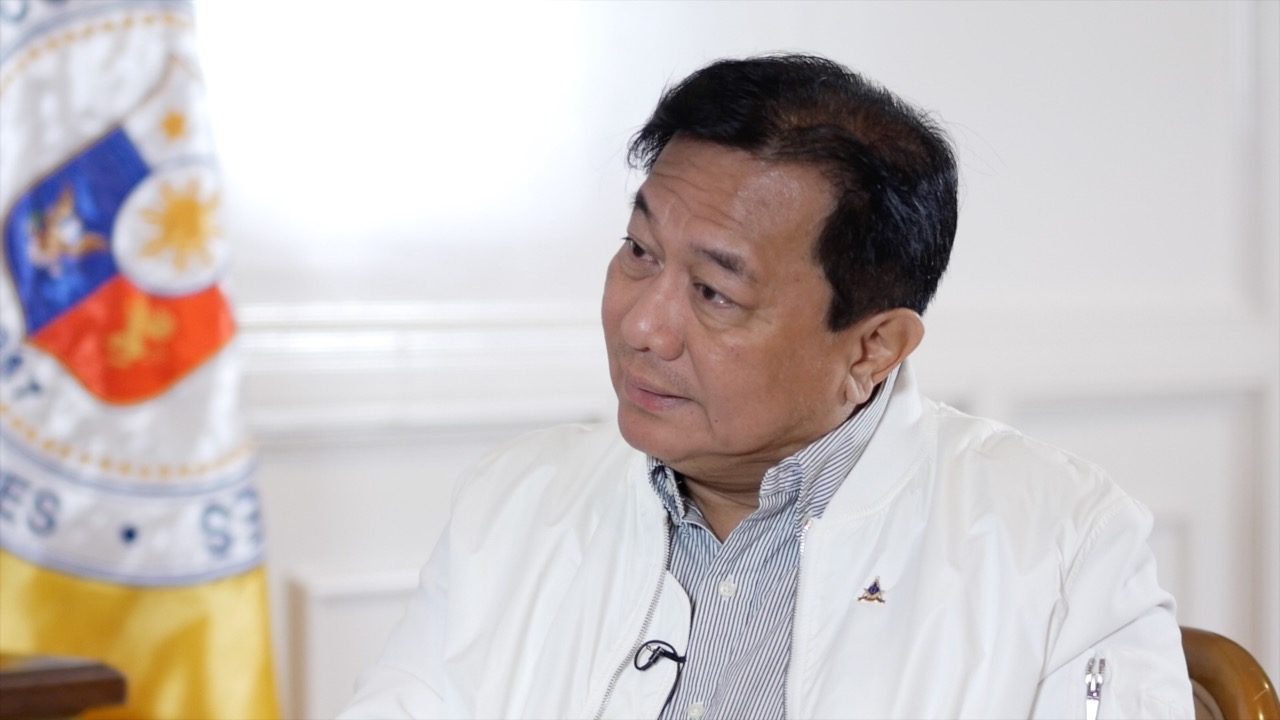 Facing journalist Karen Davila on ANC’s Headstart on Wednesday, September 23, the Davao del Norte 1st District representative stood by his assessment of the COVID-19 recovery efforts, which he first made in his local radio program on August 28.

(The reason I said that was because – let’s not fool ourselves here – the COVID-19 cases have been rising and rising instead of decreasing. Now, what would you call that? We can’t call that a success.)

Duterte’s government has long been criticized for its response to the COVID-19 crisis. Eight months since the coronavirus was first detected in the Philippines, cases have been steadily rising, with total infections now over 291,000. (READ: Pandemic unravels Duterte’s 2016 promise of decisive leadership)

Millions have lost their jobs and companies have been forced to close down as the Philippine economy plunged into recession.

Not about being ‘bitter’

When Alvarez was top House leader, he had readily defended the President even over controversial issues, from the bloody drug war to the push to revive the death penalty.

But this was not enough to save Alvarez in 2018, when lawmakers staged a coup d’état and replaced him with former president and then-Pampanga 2nd District representative Gloria Macapagal Arroyo, also a close Duterte ally. (READ: The women behind the fall of Alvarez)

Since then, Alvarez admitted it has become difficult for him to schedule meetings with the President. But he said he is not harboring grudges.

(To those who are saying, for example, that I’m being bitter, take a look if what I’m saying is true. Am I right or wrong? Because if I’m right, then don’t tell me I’m just being bitter. As a Filipino, I have the right to say that.)

He said the Duterte government should have “localized” its response to the pandemic, allowing local government units to adjust according to the unique circumstances in their respective areas.

Alvarez said banning face-to-face classes, for example, should have been on a case-by-case basis, since certain towns do not have ready access to fast internet or gadgets for distance learning.

He also said the government should have stopped the importation of agricultural products, since this competed with local farmers who have been badly affected by the pandemic.

Alvarez rejected accusations that he is now in the opposition, however. He said he is just speaking up for his people and hopes that Duterte would listen.

“Kailangan ko sabihin. Baka sakaling pakinggan. Pero ‘di ako nagki-criticize sa ating Pangulo,” he added. (I have to speak up. Perhaps they would listen to me. But I’m not criticizing our President.)

Alvarez is the secretary-general of PDP-Laban, of which Duterte is party chairman. – Rappler.com