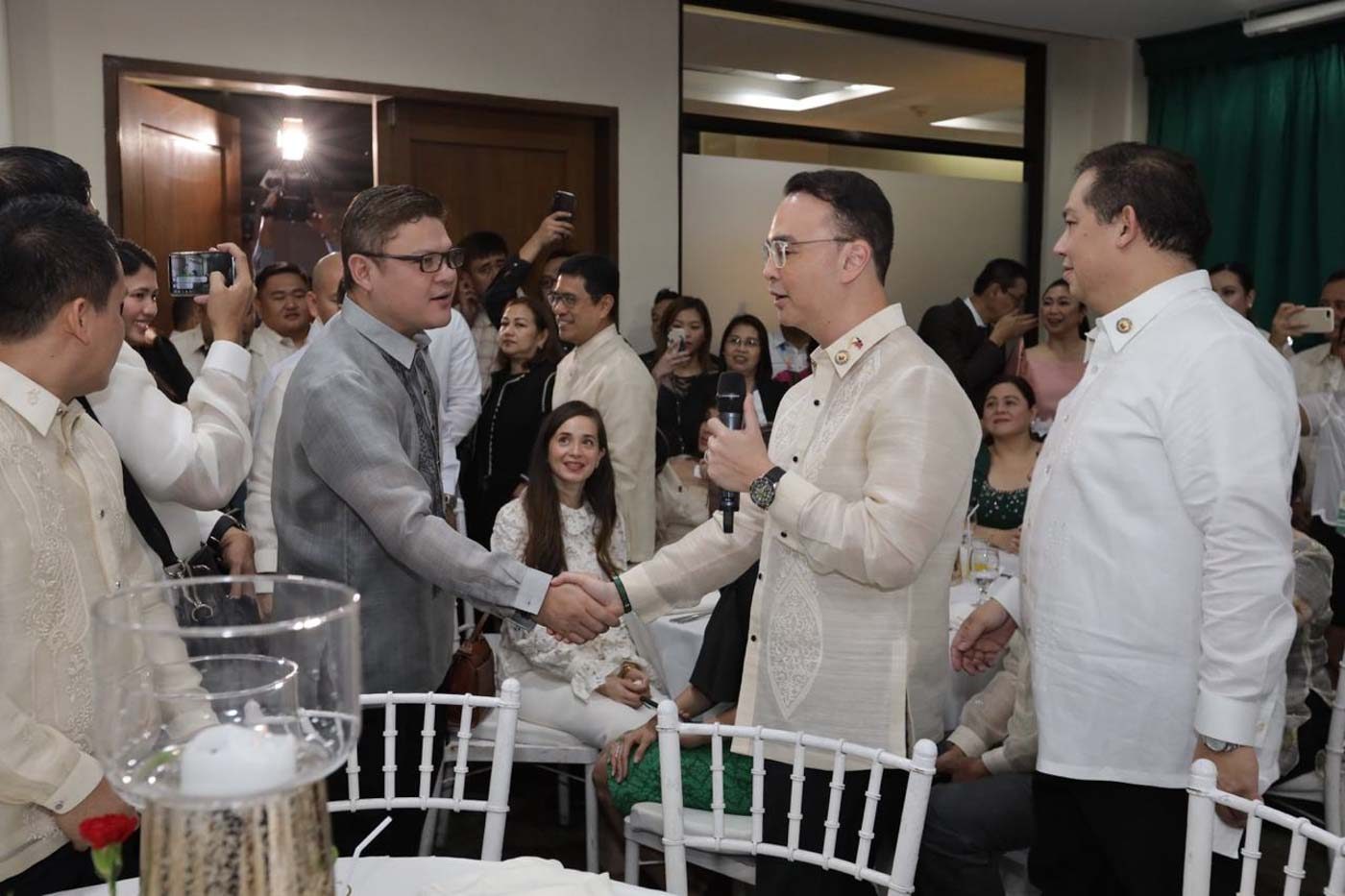 Presidential son and Deputy Speaker Paolo Duterte is once again threatening to stage a coup against Speaker Alan Peter Cayetano as lawmakers complain of inequitable shares for their districts in the proposed P4.5-trillion budget in 2021.

On Sunday, September 20, the Davao City 1st District congressman confirmed sending a message in a Viber group of lawmakers that he would ask the Mindanao bloc to declare the positions of Speaker and Deputy Speakers vacant on Monday, September 21.

A motion to declare the speakership post vacant during the plenary session formally sets the stage for a coup d’état in the House.

“The text message that I sent to another lawmaker – and is now making the rounds – was an expression of my personal dismay upon hearing the concerns of my fellow lawmakers. It was the same message that I sent after one congressman from the Visayas bloc dragged my name into the issue even after I have already strongly made myself clear over this issue,” said Paolo Duterte in a statement.

Paolo Duterte threatened to stage a coup against Cayetano in a message he sent to a Viber group of around 91 House members on Friday, September 18.

Rappler saw a screenshot of this message, which was confirmed by 3 lawmakers and another House source.

The sources said Paolo Duterte was forced to send this message upon the badgering of Negros Oriental 3rd District Representative Arnolfo “Arnie” Teves Jr, who earlier complained about the “disparity” in lawmakers’ infrastructure funds share in 2021.

Teves is part of the ruling PDP-Laban, whose House bloc is led by Marinduque Representative Lord Allan Velasco.

Velasco is supposed to share terms with Cayetano under a deal endorsed by no less than President Rodrigo Duterte.

Paolo Duterte first sent the coup threat message to his close ally and ACT-CIS Representative Eric Yap, who chairs the House committee on appropriations, before sending it in the Viber group chat.

(I already told you that I’m staying out of it because the Speaker and his allies aren’t talking to me anymore. Now I’m being dragged into the picture. I will ask the Mindanao bloc to declare the seat of Speaker and Deputy Speakers vacant this Monday. Mindanao won’t perish even if we don’t get our budgets! – My message to Cong Eric Yap)

He also said he is “encouraging the minority” to join his cause.

Paolo Duterte, however, insists he does not want to get involved out of delicadeza or propriety, since he is a son of the President who counts a majority of House members as allies.

According to Paolo Duterte, several legislators have reached out to him and “expressed their disappointment and consternation” over the 2021 budget.

The neophyte lawmaker said the concerns indicate “mistrust” of the Cayetano-led House leadership.

“Most of these concerns shrouded doubts over the process and mistrust of the lawmakers ruling the House, those who are acting as if they are bigger than their colleagues. Respectfully, I told them that I did not want to get involved,” Paolo Duterte said.

The presidential son hopes the budget row would be addressed soon “before everything goes out of hand, before it could bludgeon the credibility of the institutions and inflict damage beyond repair.”

This is not the first time Paolo Duterte threatened a coup against Cayetano.

He formed the Duterte Coalition to boost the candidacy of Ungab, who was also endorsed by the Hugpong ng Pagbabago party of presidential daughter and Davao City Mayor Sara Duterte.

But the President later gave his blessing to the “15-21” term-sharing deal between Cayetano and Velasco.

Cayetano’s election as Speaker, however, was not guaranteed up until the last minute, since Paolo Duterte “hinted” about a possible coup against the Taguig City-Pateros representative days before lawmakers were to vote on their leader.

But the President said his own son’s coup attempt against Cayetano then was just “wishful thinking.”

Cayetano was able to convince Paolo Duterte to drop the coup plot and instead named the presidential son as one of his Deputy Speakers.

The Duterte siblings then decided to respect their father’s endorsement of the Cayetano-Velasco agreement.

Fuel to the fire

This term-sharing deal, however, may now be in peril.

Villfuerte accused Teves of conniving with Velasco and former Negros Occidental congressman Alfredo “Albee” Benitez to botch the swift passage of the 2021 budget.

Though Paolo Duterte did not specifically mention the Teves-Villafuerte spat, the Davao City congressman said it is up for his colleagues to “correct everything that they perceive as wrong” in the lower chamber.

If a House coup would mean his removal as Deputy Speaker, then so be it.

“If the members of Congress will push for a change in House leadership, as a reaction to their sentiments, obviously I would be among the casualties because I am a Deputy Speaker. I am ready to accept the consequences,” Paolo Duterte said.

“Anything that comes out of my actions or mouth could be construed or manipulated as having the blessing of my father. And so I would rather suffer or work in silence rather than sacrifice the supposed independence of the House from the Palace,” he added.

A source close to Cayetano told Rappler the Speaker’s emissaries have already reached to the presidential son, who told them his coup threat is supposedly not serious.

The source said Cayetano and Paolo Duterte are in “good” terms and have supposedly spoken to each other just 3 weeks ago.