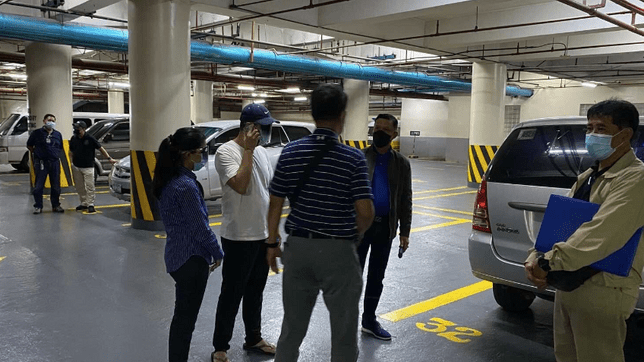 INTERCEPTED. The Dargani siblings (in blue long sleeves and white shirt) at the Senate premises in Pasay City after getting arrested in Davao City on November 14, 2021.

Senate Sergeant-at-Arms Rene Samonte said siblings Mohit and Twinkle Dargani were apprehended at 5 pm while onboard a private plane prior to their departure for Kuala Lumpur, Malaysia.

Mohit is Pharmally’s corporate secretary and treasurer, while Twinkle serves as president.

The Senate issued arrest orders for the two on October 19 after they refused to submit documents related to Pharmally’s financial dealings.

The Dargani siblings are now under custody at the Senate in Pasay City.

Pharmally is in the middle of a controversy in relation to its multibillion-peso pandemic contracts with President Rodrigo Duterte’s government.

It got P8.68 billion worth of contracts – the biggest among pandemic suppliers – despite having a small capital and being the least qualified.

The company is the subject of a Senate probe, which has so far unearthed more allegations, including possible tax evasion. (READ: Senate finds Pharmally tax records with P3.4 billion ‘unsupported purchases’) – Rappler.com