VACCINE DRIVE. Individuals working at the Divisoria night market queue for their COVID-19 jab during the midnight vaccination drive of the local government of Manila on July 4, 2021.

Facebook Twitter Copy URL
Copied
Like much of Southeast Asia, the Philippines is challenged by limited vaccine supply and varying degrees of efficiency in rolling out vaccines

The Philippines may be among the last countries in Southeast Asia to reach herd immunity against COVID-19, after a lack of vaccine supplies and operational snags hamper the rollout of shots in the populous country.

Data from Bloomberg’s vaccine tracker as of Monday, July 19, showed that at the current pace of vaccination, it might take the Philippines about 23 months or two more years to cover at least 75% of the population.

Current available figures put the country third to the last in the region to reach herd immunity, followed by Vietnam and Myanmar, where it might take over 10 years to cover at least 75% of their populations. The Philippines also has one of largest populations in the region.

Among 10 countries in Southeast Asia, the Philippines also ranked third to the last as of July 17, in terms of all vaccine doses administered per 100 people. Official data from the University of Oxford’s Our World in Data showed 13.2 doses had been given per 100 people in the Philippines, again followed Myanmar and Vietnam.

The Philippine government earlier acknowledged challenges in reaching herd immunity by the end of the year, saying it would shift to a more urgent goal of “population protection through mass immunization.”

The shift was based on the Department of Health’s assessment of obstacles that could complicate the goal to achieve herd immunity, including erratic vaccine supply, the emergence of variants of concern, as well as the length of immunity from vaccines, which remained unknown.

Under a “population protection” objective, officials want to vaccinate at least 50 to 60 million Filipinos, if not 70 million, and ensure a decrease in hospitalizations and deaths caused by COVID-19.

Surging cases fueled by the Delta variant in the region has underlined the urgency of vaccinations in Southeast Asian countries in recent weeks. Since the start of global vaccine campaigns, however, distribution of vaccines have been unequal and complicated by the efficiency of rollouts done by different governments.

Bloomberg reported that while more than 3.62 billion doses were given worldwide – enough to fully vaccinate 23.2% of the world’s population,  “distribution has been lopsided.” “Countries and regions with the highest incomes are getting vaccinated more than 30 times faster than those with the lowest,” it added. 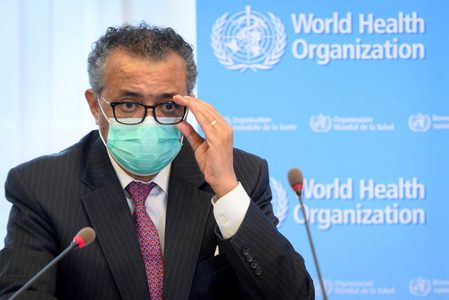 In Southeast Asia, vaccinations also faced another challenge after questions over the efficacy of vaccines made in China have been placed under the spotlight, after outbreaks continue in the region despite the availability of vaccines. Medical experts have continuously urged the public to get vaccinated as soon as possible, pointing out that surges were driven by unvaccinated populations.

Getting fully vaccinated, or receiving both doses of a two-dose regimen was likewise crucial, they added, as studies have found people only vaccinated with one dose of a vaccine were still susceptible to Delta.

Vaccine czar Carlito Galvez Jr. earlier said the Philippines expected to receive at least 12 million COVID-19 vaccine doses in July, over 8 million of which have been delivered. The government wanted to ramp up vaccinations to a steady pace of at least 300,000 to 400,000 doses administered daily.

Rise in cases have been seen in recent weeks. It was formerly called the Indian variant, and was later renamed by the WHO using the Greek alphabet, along with other variants, to prevent stigma.

The variant has gained attention and concern because of its worrying traits, including increased transmissibility, higher risk of hospitalization and prolonged hospital stay, as well as its effect on vaccines’ efficacy if only one dose is received – Rappler.com