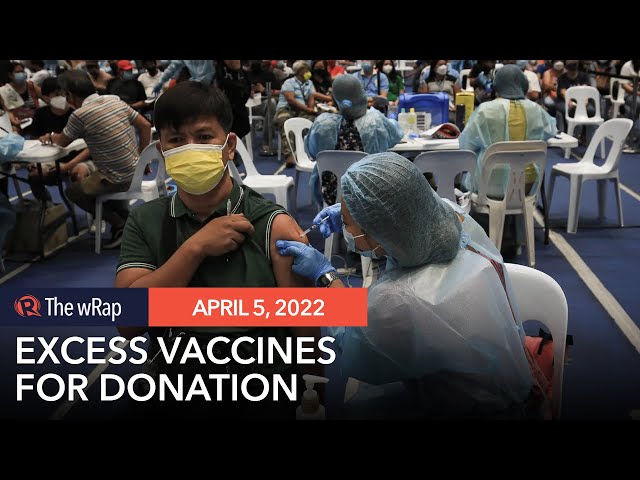 MANILA, Philippines – Due to its “excess” doses, the Philippines will be donating some of its COVID-19 vaccines to Myanmar and Papua New Guinea, the Department of Health (DOH) said on Tuesday, April 5.

Aside from this, Vergeire said that donating vaccines to other countries is one way to help other countries in their pandemic response. “[We are] one with the WHO in terms of equity in distributing these vaccines,” she added.

In September 2021, Unicef, the COVAX Facility, and the World Health Organization (WHO) sounded the alarm over Myanmar’s low vaccination coverage compared to other countries in the Southeast Asia Region. They said that they were engaging in ongoing dialogue with key stakeholders to help Myanmar with its pandemic response.

As of March 29, over 26 million people in Myanmar have been vaccinated against COVID-19. The country has some 55 million population.

The pandemic response in Myanmar has been disrupted by military attacks. Many of its healthcare workers have been on strike in defiance of the junta. As of Tuesday, April 4, the country has 611,875 confirmed cases of COVID-19, with 19,443 deaths. Meanwhile, Papua New Guinea, a poor country with a population of almost 9 million, is also struggling with its pandemic response. It only has 500 doctors and even fewer nurses. The country is seen to be one of the last countries in the world to reach high levels of vaccination against COVID-19 due to inadequate vaccine supplies and vaccine hesitancy.

As of March 28, only 2.9% of Papua New Guinea’s 9-million population have been fully vaccinated against COVID-19. As of April 4, the country has 43,374 confirmed infections of the virus, with 643 deaths.

How many vaccines will PH donate?

Vergeire said that the government is still finalizing its vaccine inventory. She couldn’t provide yet what vaccine will be donated to the two countries.

(The number and the brand of vaccines that we will give is still being finalized because we’re finalizing our inventories. But definitely, donation will push through because negotiations and arrangements with these countries have already started.)

The planned donation of vaccines is one of the government’s strategies to address the issue on expiring vaccines. “Vaccine efficacy wanes over time so get boosted and stay protected against the circulating variants and maybe future variants,” the DOH said. – Rappler.com