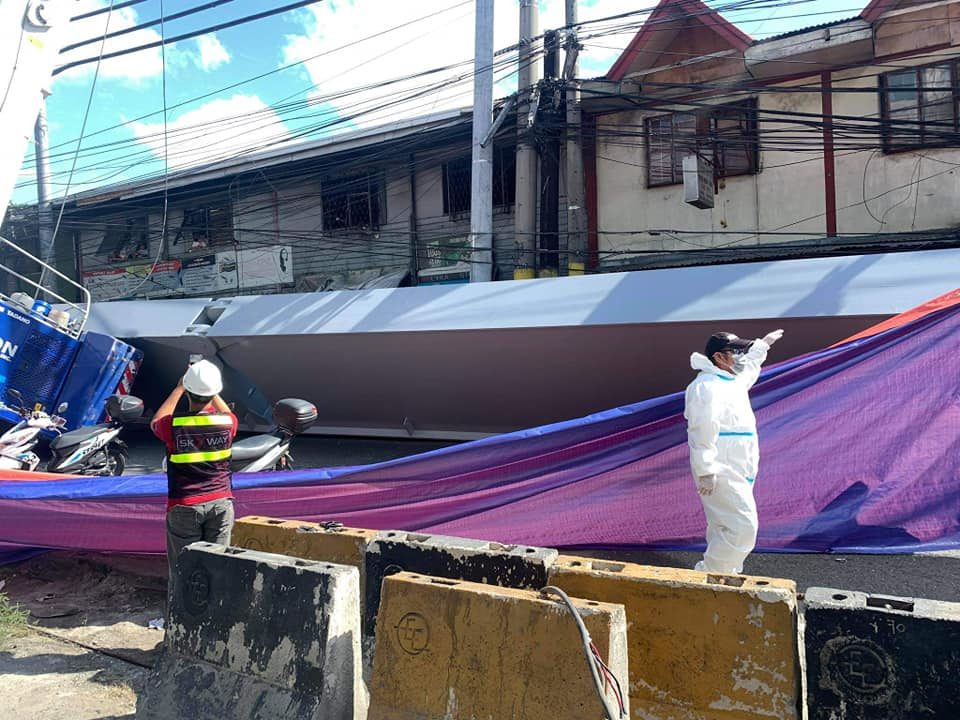 SKYWAY ACCIDENT. A steel girder used for the Skyway Extension Project fell on the East Service Road in Cupang, Muntinlupa City, and hit some vehicles on November 21, 2020.

San Miguel Corporation (SMC) president and chief operating officer Ramon Ang personally apologized for the accident on Saturday, November 21, in one section of the Skyway extension project in Muntinlupa City.

One person died and 4 were injured after a crane tipped over and hit a steel girder, which then fell onto vehicles below.

In a press release on Sunday, November 22, SMC said it “has a responsibility to take care of the victims” as the Metro Manila Skyway Stage 3 Project’s proponent.

“Even with a contractor handling construction, ultimately, we are responsible for the welfare of those who were affected. I would like to personally apologize to the victims and their families, as well as to our larger community in Muntinlupa,” said Ang.

Ang added he is greatly affected by the accident. “I have not stopped thinking about the people who were affected, the 4 that were injured and most especially the person who perished, and his family. There are no words that can ease the grief of losing a loved one.”

He then offered his sincerest and deepest condolences to the lone fatality’s family, and personally assured them of assistance. Ang will also provide the other victims “all the means necessary for you to recover and restart.”

The tycoon also vowed to investigate the accident, and said that SMC and its contractor for the Skyway project, EEI Corporation, “will make sure even stricter measures are in place at the project site.”

EEI Corporation had also earlier promised to review its safety protocols to ensure that incidents like these would not happen again.

“We are working with authorities to determine the root cause of this incident. We will find out where lapses [occurred] and do whatever is necessary to help make sure they don’t happen again,” Ang said. – Rappler.com