Lawyer confirms Randy Echanis is one of QC stabbing victims 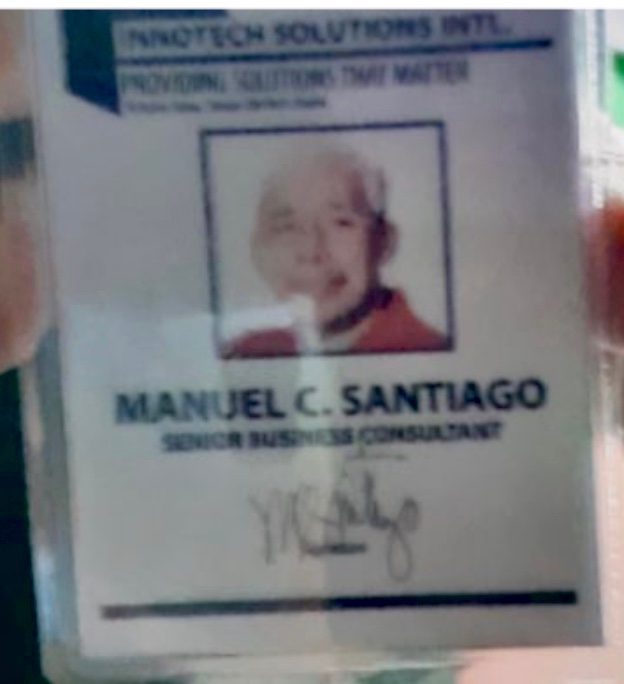 FAKE ID? This identification card is found in the crime scene of Randall Echanis

The “Manuel” that Perez referred to was Manuel Santiago, the name on one of the identification cards found by the police in the crime scene. Cruz did not explain why Echanis was using a different name.

Echanis was known as an agrarian reform advocate. He was credited for his work in helping craft the the Genuine Agrarian Reform Bill (GARB).

The Quezon City Police District (QCPD) earlier reported that the only sensational case in their area that took place the same time as Echanis’ murder was the stabbing incident that killed 2 men in Novaliches.

Perez said there has been no correction made with regards to the identity of Louie Tagapia.

How the crime happened

Initial investigation showed that at 1:35 am on Monday, a witness heard a “loud noise” from the 2nd floor of No. 14 Petronia Street in Barangay Novaliches, Quezon City. The witness went to check the source of the noise and found the bodies of Echanis and Tagapia.

Without citing a source, police said in their report that around 5 people could have killed Echanis and Tagapia.

The investigation of Echanis’ killing has been delegated to the QCPD’s Criminal Investigation and Detection Unit (CIDU), which usually handles high-profile killings. – Rappler.com