Rappler took home the prize for best short film at the 6th Asian Ministerial Conference for Disaster Risk Reduction (AMCDRR). “The barber of Guiuan” was selected from entries among Asian countries for the professional media category.

The competition is organized by the United Nations Office for Disaster Risk Reduction (UNISDR) under the theme “Promoting Investments for Resilient Nations and Communities.”

The initiative, in partnership with the Department of Disaster Prevention and Mitigation (DDPM) of Thailand and Thai Public Broadcasting Service, follows the success of the Film Festival at the Fifth Asian Ministerial Conference on Disaster Risk Reduction, in Indonesia, in October 2012. The goal is to recognize the value of film “as instruments for social change.”

Rappler’s video, directed, written and edited by Patricia Evangelista, with assistance from Naoki Mengua, tells the story of barber Alan Alcantara, whose Guiuan barbershop was destroyed after the onslaught of typhoon Haiyan in November 2013. Alcantara’s broken storefront became a hub for survivors after the storm, where those who lost family, friends and property told their stories.

“The competition aims to showcase the benefits of disaster risk reduction policies for nations and communities and how investing in prevention measures can make the world safer against disasters,” says UNISDR.

Evangelista received the award and the 2,000 USD prize at a Gala Ceremony during the closing ceremony of the Sixth Asian Ministerial Conference on Disaster Risk Reduction, in Bangkok, on Thursday, June 26. 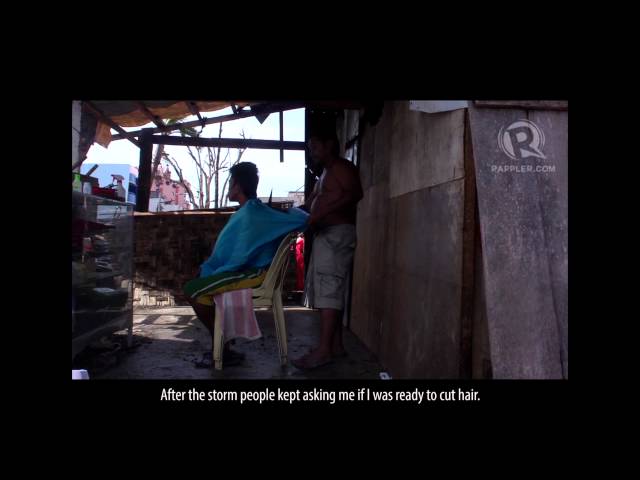