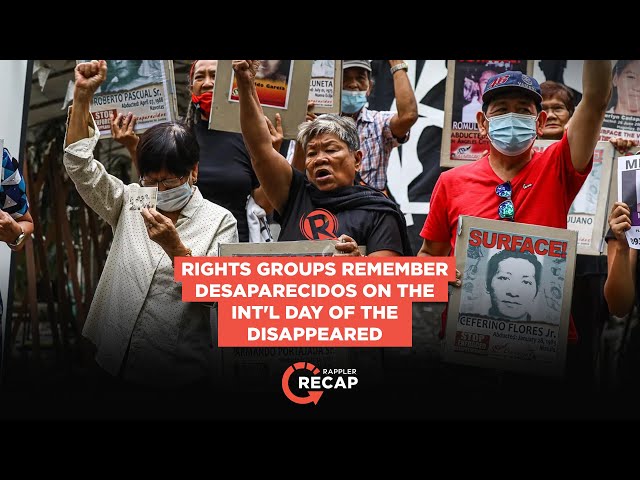 MANILA, Philippines – Rights groups Campaign Against the Return of the Marcoses and Martial Law, Karapatan, and Desaparecidos held an event to commemorate the victims of forced disappearances on Tuesday, August 30 – also the International Day of the Disappeared.

During the event held at the Bantayog ng mga Bayani, relatives and friends of desaparecidos gave messages to honor their loved ones. Among those who came were JL Burgos, brother of Jonas Burgos, and Ron de Vera, son of recently arrested Adora Faye.

Adora Faye was arrested for alleged murder charges. She was a Martial Law survivor and was a desaparecido, according to her son.

Rights groups also offered songs and poems for the victims of forced disappearance.