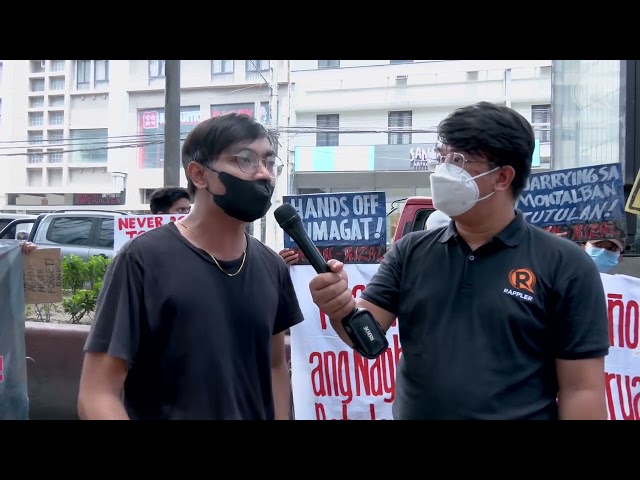 Hundreds of protesters held rallies in various parts of the region to express dissent against the Marcos’ brand of politics, which catapulted the late dictator’s son, Ferdinand Marcos Jr., to Malacañang in the present.

Rappler’s multimedia reporter Jairo Bolledo takes us to these demonstrations and details the appeals of activists.

Marcos’ martial rule is regarded as a dark chapter of Philippine history, in which thousands were detained, tortured, and killed, while freedom of expression was suppressed.

An uprising in 1986 also known as EDSA People Power ousted him, and forced his family, including the incumbent president, into exile.

But the Marcos family’s efforts to rehabilitate their image through networked propaganda, disinformation, and historical revisionism, resulted in their return to power. – Rappler.com