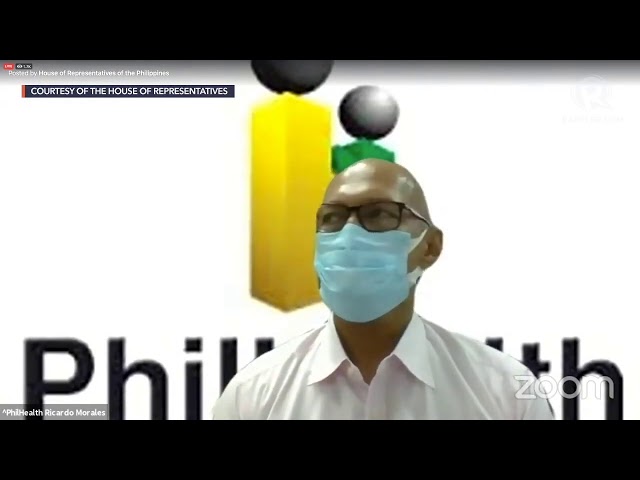 Remulla made the statement on Wednesday, August 5, as the House committee on public accounts zeroed in on PhilHealth’s all case rate policy, which several lawmakers believe is the root cause of the perennial corruption in the government-owned and controlled corporation.

Remulla then told PhilHealth President Ricardo Morales that this scheme ultimately hurts Filipinos who are paying their PhilHealth premiums.

(Our system cannot be this way because this is already the government’s charity for both the hospital and the patient. But when you overpay, Mr Morales, the people get cheated on. Don’t you realize that, Mr Morales?)

The case rate is a fixed amount that PhilHealth will reimburse for a specific illness, including payments for healthcare professionals and use of medical facilities.

But lawmakers now want this system abolished since it forces PhilHealth to pay a specific amount to hospitals, even if the patient’s medical expenses are lower than that. (READ: Lawmakers want PhilHealth case rate policy abolished over P102-B overpayments)

In the same hearing, Remulla asked Morales if PhilHealth has an existing reimbursement mechanism for overpayments.

But Morales did not give a straight answer. Instead, he said money that is not spent by one qualified patient is transferred to another patient whose medical expenses go beyond the case rate amount.

(This case rate, because the law of averages applies here, when the patient’s expenses are below the case rate, the logic here is that the savings will go to another patient whose expenses went above the case rate.)

Remulla did not accept that response, saying it was merely Morales’ “justification” for the scheme and did not directly answer his question.

The Cavite congressman tried to press PhilHealth further regarding the issue, but its officials kept on encountering internet connection problems.

This prompted the House panel to ask Morales and other PhilHealth executives to physically attend the next hearing at the Batasang Pambansa so they could properly answer lawmakers’ questions.

PhilHeath finds itself in the hot seat yet again after its former anti-fraud officer Thorsson Montes Keith told senators on Tuesday, August 4, that executives of the embattled agency may have pocketed around P15 billion through fraudulent schemes.

PhilHealth board member Alejandro Cabading also revealed that the state firm’s proposed 2020 budget for its information and communications technology sector was bloated by at least P734 million.

Amid the latest corruption allegations, PhilHealth officials also claimed the state insurer will go bankrupt by 2022 if it does not receive additional government subsidy to address the effects of the coronavirus pandemic.

Senate President Pro Tempore Ralph Recto and Marikina City 2nd District Representative Stella Quimbo disagreed, however, saying that this could not be true since PhilHealth has more than P110 billion in retained earnings or equity. – Rappler.com